“Where I think we are going to see the most pain is in the upper to core mid-market, because a lot of those businesses rely on long-term take-or-pay contracts alongside customer or supplier concentration” 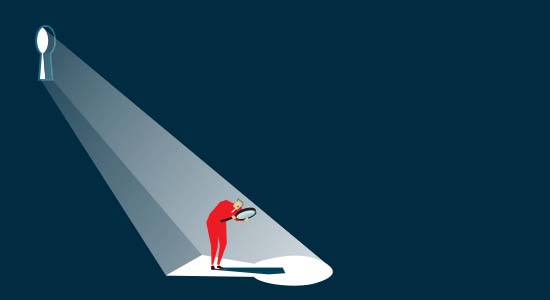 The danger of lenders being kept in the dark
A new study has revealed how pertinent information regarding a borrower’s financial health may be kept hidden from lenders.

The Thinking Outside the Box report from the European Leveraged Finance Association and law firm Akin Gump finds that borrowers are not always obliged to part with key information, creating so-called “blind spots” with potentially serious consequences.

The report highlights several examples including excessive debt at Rallye, the parent company of French retailer Casino, which led to “years of large dividend pay-outs and underinvestment in the restricted group”; and a cash requirement at UK retailer Very Group that arose from the collapse of Greensill, lender to its parent company Shop Direct, which did not have to be disclosed to lenders in the restricted group.

The report authors urge lenders to make use of amendment and waiver requests from borrowers to ask for additional information in relation to such things as the details of used and unused basket capacity and the identity of any unrestricted subsidiaries and indebtedness at those entities.

“As recent examples have demonstrated, the consequences of being left in the dark about what lies ‘outside of the box’ can be serious,” says Sabrina Fox, chief executive officer of ELFA. “Asking the right questions and holding firm to such requests is key.”

No token gesture
As private market asset classes look to open themselves up to retail investment, one of the emerging methods of doing so is tokenisation. Hamilton Lane has put itself at the forefront of the trend by tokenising a fund – the Hamilton Lane Global Private Assets fund – investing in private equity and private credit.

The firm has teamed up with private market exchange ADDX to offer investors mainly based in Asia-Pacific a minimum ticket size of $10,000, which compares with a $125,000 minimum for investors subscribing through more traditional channels.

The Hamilton Lane GPA fund was launched in May 2019, has returned more than 16.1 percent net on an annualised basis since inception and held assets of more than $1.8 billion on 31 January 2022. The open-ended fund invests in direct equity and secondary investments and direct credit. Around half of deals done so far have been in the information technology and industrials sectors.

Bootstrap Europe was founded by Stephanie Heller and Fatou Diagne in 2015 and is headquartered in Luxembourg with offices in Zurich and London. The firm has made more than 260 growth debt investments in UK and European companies in the technology and life sciences sectors.

Arranged by Jefferies International, the latest CLO is expected to close on 10 May 2022 and, in line with the firm’s previous CLOs, incorporates negative ESG screening criteria with restrictions on the type of industry in which the CLO can invest.

Busy year for Bain
Bain Capital Credit announced that it invested $2.7 billion from its private credit group in 2021 to support mid-market and private equity-backed companies.

The group backed 100 businesses across 32 industries and served as lead lender on approximately 70 percent of new commitments. The firm also closed on more than $2 billion of new capital during the year.

DACH hire for Arcmont
European fund manager Arcmont Asset Management has hired Marc Spangenberg as an associate partner in its London office covering the sourcing, structuring and executing of Arcmont investments in the DACH region.

He will work alongside partners Mattis Poetter and Marcus Maier-Krug on the firm’s direct lending and senior lending strategies. Spangenberg was formerly senior executive director and head of DACH region in the direct lending team at fund manager Alcentra.

Benefit Street Partners is managing both funds; according to the US Securities and Exchange Commission filings it is understood that both the distressed credit vehicles were launched last year. The target sizes are yet to be disclosed by the fund manager.