“There are many headwinds ahead for the rest of this year that could impact investor returns. One of the biggest – and most overlooked – is the rising risk of large-scale social unrest” 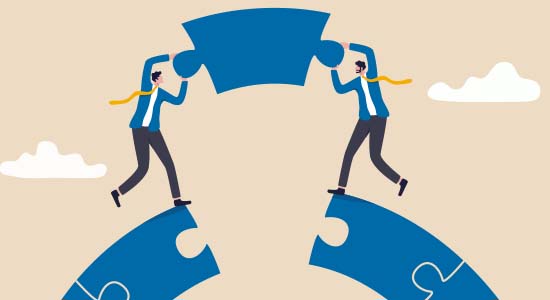 The global investment giant will commit funds from its global credit platform to the joint venture, which will combine amicaa’s local deal sourcing with the tools and resources of Carlyle’s $143 billion platform.

The joint venture will comprise two strategies: the amicaa core-plus strategy, which will focus on delivering stable, income-oriented returns from Australian and New Zealand corporate loan investments; and the amicaa credit opportunities strategy, which will focus on providing financing solutions for the likes of acquisitions, growth and re-financings where a tailored capital package is required.

In a statement Carlyle said it saw growth opportunity in Australia and New Zealand as banks shift their focus away from corporate lending and companies increasingly seek out private capital for their growth and acquisition activities. Private equity firms are also increasingly looking to private debt to support their deals.

Formed in 2019, amicaa is headed by David Wood, chief executive officer, who was previously vice-chair and head of investment banking for Australia and New Zealand at Bank of America Merrill Lynch. Co-founder David Hoskins is head of private credit, having previously been at CIP Asset Management where he was head of acquisition and leveraged finance investments and managed credit investments for the Challenger Group for 14 years.

Carlyle’s involvement in the joint venture will be led by Taj Sidhu, managing director with Carlyle Global Credit, and Jay Ditmarsch, a member of the Carlyle Credit Opportunities team within the global credit platform. A recent PDI interview with Sidhu can be found here.

QIC bags debt mandate
Continuing the focus on developments down under, QIC‘s multi-sector private debt team has been handed a three-year mandate worth at least A$500 million (€341 million; $341 million) by State Investments, which manages financial interests for the state of Queensland.

The mandate involves the origination of loan investments in Australia and New Zealand typically ranging in size between A$20 million and A$50 million, but possibly reaching as high as A$75 million.

Lau will play two roles at Marathon: she becomes managing director and senior portfolio manager within the corporate credit group. She also joins Marathon’s performing credit investment committee. In the latter capacity she will report to the firm’s chief investment officer, Louis Hanover, and will focus especially on the management of the firm’s CLO portfolios.

Coming from Onex Credit, where she served as managing director, head of US CLOs, Lau’s “expertise and knowledge in the CLO and leveraged loan space will be an excellent addition to our experienced global performing credit team”, said Hanover.

At Onex, Lau managed more than $10 billion of AUM across 20 funds. Before that, she spent six years at TPG Institutional Credit Partners as co-head of portfolio strategy. There, she focused on portfolio construction, warehouse ramping and the optimisation of the TICP CLOs.

Spreng said “Ted has proven to be exceptional in Runway’s sweet spot, working with management teams from later-stage companies to strategically deploy capital”. At Stifel, Cavan headed the Boston area technology practice of the venture banking and lending group.

Runway, based in Woodside, California, is the investment adviser to investment funds, including Runway Growth Finance Corp, a business development company.

Maine Public Employees Retirement System approved a $30 million commitment to Sprott Private Resource Lending III, a contact at the pension informed Private Debt Investor. The commitment is subject to final due diligence by the pension fund.

The US public pension’s recent fund commitments have predominantly targeted North American vehicles focused on a variety of sectors.

Montana Board of Investments has confirmed a $75 million commitment to Tree Line Direct Lending III, according to its August board meeting materials.

Founded in 2014, Tree Line Capital Partners is a San Francisco-headquartered private credit asset management firm that targets mid-market and private debt investment opportunities across North America. It launched its third direct lending fund in June 2021 with a target size of $450 million, and held a first close in July 2021 on $120.8 million.

Montana Board of Investments has a 17.34 percent allocation for private investments, comprising $4.1 billion in capital, which includes both private debt and private equity.

In 2019, MBOI committed $50 million to the previous fund in the series. The fund closed in September 2019, having received $187 million in investor capital.