“So we had a health emergency, an ailing economy, the most generous capital market of all time and strong stock and bond markets.”

Oaktree Capital co-founder and co-chairman Howard Marks in his latest memo, which is a review of 2020 (see here). 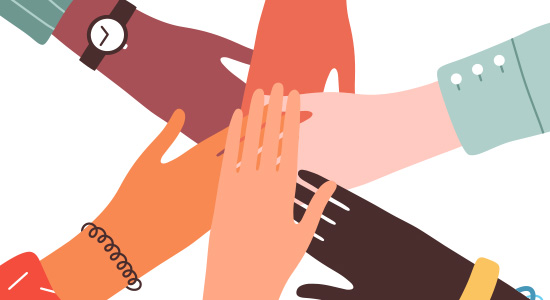 Club deals are the future
The future of private debt may lie in joining the club. A blue paper from Amundi predicts that the market will move from large underwritings to club deals and that the liquidity provided by debt funds will become more critical in this context.

The paper also thinks M&A and consolidation will contribute to dealflow with asset disposals on the increase as companies look to rein in the additional debt they have incurred during the health crisis. Funds will also be called on to refinance and reschedule debt.

While there has been much comment around borrowers having retained a negotiating advantage when it comes to new deals, the paper forecasts a more lender-friendly period ahead in which “funds will have more power and leeway to negotiate legal documentation”. Lenders will no doubt be hoping that’s an accurate tip.

Meanwhile, US-based fund manager Värde Partners announced that one of its portfolio companies, Vía Célere, had issued the first green bond by a residential real estate developer in the Euro market (see here). Vía Célere is the largest homebuilder in Spain by units delivered in 2020, with a large residential land bank in key markets across Iberia. The five-year, €300 million 5.25 percent high-yield bond issued at par received strong demand from international investors.

At UK manager Aberdeen Standard Investments, Manuela Fumarola was hired as ESG manager in its private markets and real estate team. She will be responsible for developing, embedding and overseeing an ESG strategy for private markets investments, including private equity and infrastructure as well as private lending.

Antares closes largest CLO
Antares Capital Advisers, a subsidiary of US fund manager Antares Capital, has closed a reset of its Antares CLO 2017-1 collateralised loan obligation. It is understood to be the largest CLO issued post- financial crisis. The CLO was upsized to $2.3 billion from an original $2.1 billion and brings Antares’ total CLO AUM to approximately $7.7 billion.

New junior co-heads for Manulife
Asset manager Manulife Investment Management has appointed Joshua Liebow and Mateusz Szwarc as co-heads of junior capital for private markets, based in Boston. Both were formerly managing directors, Liebow having been with Manulife since 2004 and Szwarc since 2013. Manulife provides the likes of subordinated debt, second-lien debt and structured equity to businesses alongside private equity sponsors.

Municipal Fire and Police Retirement System of Iowa has agreed to commit $30 million to Bain Capital Global Direct Lending 2021, according to minutes from the pension’s January 2021 board of trustees meeting.

The fund, managed by Boston-based Bain Capital, will seek to invest in mid-market direct-lending opportunities across North America, Europe and Australia.

The $2.9 billion US public pension has a 2 percent current and target allocation to private debt.