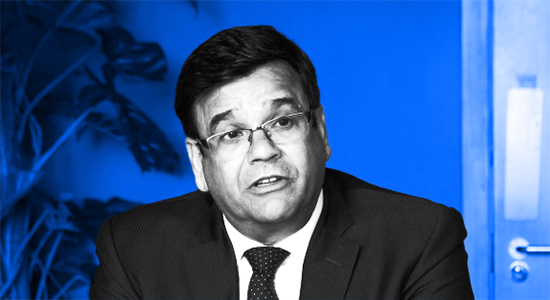 Coller joins burgeoning secondaries push
Is that another big fish I see swimming in the pond? Coller Capital is set to become the latest private equity secondaries giant to launch a dedicated credit secondaries fund, according to our colleagues on Secondaries Investor (sign in or registration needed).

Not much is known about the fund so far, but it comes as no great surprise. For one thing, credit secondaries is clearly gaining momentum with Apollo Global Management having recently stepped up to the plate to join incumbents such as Pantheon and Tikehau Capital.

In addition, Coller has had a specialist credit secondaries team for the past decade and says it has invested more than $3 billion in the asset class through its flagship funds. It is currently investing its eighth flagship, which has $9 billion of available capital.

Keeping it in the family
A firm investing family office money backing family-run businesses – that’s the concept behind the launch of FLC Credit Partners, a new fund manager based in New York. FLC is part of Family Legacy Capital Management, an investment manager based in Denver, Colorado, which has a family office investor base.

The firm has three partner/managing directors: Peter Eschmann and Jay Rogers, who were formerly at Cerberus Capital Management, and Matthew Hart, who was head of private and transitional finance at Jefferies. Joining as vice-president is Brian Mullin, who has 10 years’ capital raising and investor relations experience, including at Neuberger Berman.

“With our limited partner base comprised entirely of leading families who are willing to share their intellectual, relational and financial capital, we are more closely aligned to family- and entrepreneur-owned businesses,” said Hendrik Jordaan, chairman and co-founder of FLC. “It provides us with a unique ability to better serve these potentially stressed, complex or misunderstood businesses, often in out-of-favour industries.”

The firm will target transactions worth between $10 million and $100 million.

Defaults down
The private credit market has seen a continuous decline in default rates since they peaked at the beginning of the coronavirus pandemic, according to figures from Proskauer. Its latest Private Credit Default Index found companies with EBITDA between $25 million and $50 million had a default rate of 1.4 percent, while those with EBITDA of $50 million and above had a default rate of just 1 percent, indicating strong credit quality in portfolios.

Davis switches to FirstPoint
FirstPoint Equity has appointed Jeff Davis, former co-head of private credit and a 16-year veteran of Eaton Partners, to lead its credit business, per a statement seen by Private Equity International‘s Side Letter. He’s the latest in a series of hires at FirstPoint, which brought in former Sixpoint Partners MD Matt Mitchell as a partner in June and hired former LP Adrian Orbe from New York’s Church Pension Group in late 2019. Danyal Farooqi joined the firm from Stanwich Advisors last February.

WhiteStar launches in London
WhiteStar Asset Management, the collateralised loan obligation, structured products and broadly syndicated credit arm of Clearlake Capital Group, has opened a London office to drive European expansion. The office will be led by Gordon Neilly, who has joined the firm as executive chairman of WhiteStar Asset Management, Europe. Neilly was formerly chief of staff at Standard Life Aberdeen.

WhiteStar also announced the closing of Trinitas CLO XV, a $511 million CLO. With this closing, WhiteStar manages more than 16 structured credit products and CLOs with approximately $7 billion of assets under management.

Hebeler joins Capital Four
Capital Four, a Copenhagen-based fund manager, has hired Jan Hebeler to join as a director in the private debt structuring and origination team. Hebeler has worked within origination and structuring since 1998, for the past 17 years in the leveraged finance team at SEB in Stockholm. Previously, he held positions in investment banking at Credit Suisse and BNP Paribas in London, Paris and Frankfurt.

Border to Coast Pensions has announced $632.3 million-worth of fund commitments across six private debt vehicles, according to a recent press release.

NYSTRS has a 1 percent target allocation to private debt that currently stands at 0.6 percent.