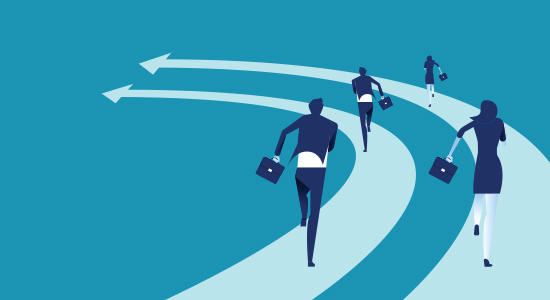 Flocking to the sector favourites
When does popular become too popular? We have previously noted how a small number of sectors – with software, healthcare and business services very much to the fore – frequently crop up in conversation when private equity and private debt managers are asked which types of business they most want to finance in the current climate.

The irony of this, and a point made during PDI Debt Week, is that it doesn’t take long before the weight of capital gravitating to these sectors makes them highly competitive. Speaking of healthcare, one panellist noted that “the multiples on the equity side are unprecedented”. The same panellist asked rhetorically: “What if the buy-and-build strategies don’t deliver on their promise?”

The other side of the coin is those sectors struggling to attract finance as a result of being badly hit by the pandemic. As they strive to recover, will they be struck by another blow from inflation? “It’s a very uncertain economic environment,” noted a fund manager, “but pockets of activity are still very interesting.” But at what point does the level of competition start to diminish enthusiasm even for today’s sector favourites?

Does ESG need stricter enforcement?
So, as a borrower, you’ve failed to meet ESG objectives written into your loan agreement. A minor inconvenience perhaps? Some slightly awkward conversations to be had with your lender? Well, maybe. But how much more seriously would you take your obligations if failing to meet them meant triggering a default?

This was another of the talking points at our PDI Debt Week. It was acknowledged that the introduction of margin ratchets had been a welcome development in terms of lenders recognising the importance of ESG and their ability to play a transformative role.

However, aside from issues around transparency and standardisation of approach, the question was posed as to whether margin ratchets go far enough – or, as one panellist put it, whether they are “something that goes beyond a small pricing adjustment and is contractual”. Watch out for the possibility of more punitive measures in future.

Another thought expressed on the panel was whether savings on margin rachets always get re-invested into sustainability-linked projects. The view appeared to be that if they don’t, they probably should.

New ESG fund launched by M&G
M&G has launched a new strategy that aims to give investors exposure to private credit’s best-in-class companies from an ESG perspective and with an emphasis on sustainability.

The M&G Sustainable Loan Fund, managed by Fiona Hagdrup and Thomas Lane, will make loans to companies demonstrating strong ESG credentials. The fund has launched with a €175 million investment from the Prudential With-Profits Fund series, including the recently launched PruFund Planet vehicle, and the Swedish government employees’ retirement fund, Kåpan Pensioner, which is making an initial €26 million commitment.

The Peace Park CLO, arranged by BNP Paribas, achieved a weighted average cost of debt of LIBOR + 1.57 percent, one of the lowest in recent years. It will be managed by Blackstone, one of the largest global CLO managers by AUM, and has a reinvestment period of five years.

The pension’s recent private debt commitments have focused on the corporate sector across Europe. The pension currently allocates 6.52 percent of its investment portfolio to private debt.

Pennsylvania State Employees’ Retirement System has approved $125 million-worth of commitments across two distressed debt vehicles, according to the pension’s latest board meeting notes.

Penn SERS has a target allocation of 4 percent for its private credit investments, which currently stands at 5 percent.