Kewsong Lee, chief executive officer of Carlyle, on the firm’s launch of its DEI Leadership Network, which brings together portfolio company CEOs to encourage a shared focus on diversity, equity and inclusion. 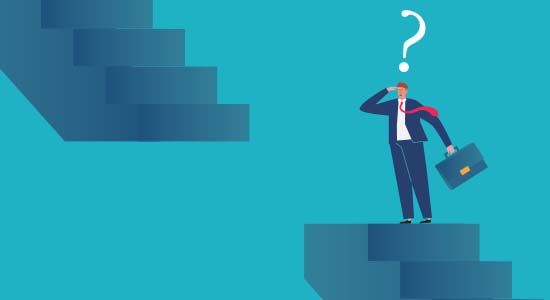 European credit to feel the squeeze
“A turning point in the credit cycle” has been reached – and not in a good way. The latest quarterly Credit Conditions Europe report from S&P Global Ratings (see here, login required) says credit and general financing conditions in Europe are likely to tighten and default rates to rise in the coming months.

The report says the invasion of Ukraine is the “seismic shock” that has led to the turning point and that credit conditions will from now on be affected by energy security, further supply chain disruption and rising inflation pressures. Buffeted by these headwinds, S&P predicts that growth across the continent will slow to 3.3 percent this year while default rates will rise towards 2.5 percent by year end.

“The credit and financing landscape in Europe looks vastly different than only a few months ago,” says Paul Watters, head of EMEA credit research at S&P. “Although the outlook for the European economy is relatively stable, credit conditions for corporates and sovereigns in the region are set to tighten due to the events of recent weeks.”

Watters goes on to note the increasingly difficult task facing central banks given that “a material tightening in monetary policy would be taxing for growth and weaken public finances”.

ESG due diligence template nears completion
The harmonisation of environmental, social and governance data during the due diligence process is set to take a step forward as a new template reaches its “final stages”.

Credit associations the Alternative Credit Council and Loan Syndications and Trading Association have joined forces with the Principles for Responsible Investment to try and standardise the ESG information that is shared during the investment process.

The initiative was started last year by the PRI, a UN-backed organisation, as it sought to develop a pre-investment ESG due diligence template for target portfolio companies. The template, which brings together existing standards and frameworks rather than adding new ones, is now coming to fruition and expected to be released later in the Spring once feedback from the three organisations has been incorporated.

Jiří Król, global head of the ACC, said: “ESG data availability and consistency is a key challenge for private credit managers. We hope that, through this open and collaborative process, we will be able to create a global platform to support this growing segment of private markets.”

New fundraising MD for Briarcliffe
Briarcliffe Credit Partners, a New York-based placement agent dedicated to private credit, has appointed Collis Klarberg as a fundraising managing director. In the new role, Klarberg will lead sales coverage of institutional investors based in the Midwest and New England.

Klarberg has nearly two decades’ experience in financial services, spending nearly half that time focused on private credit strategies. He was most recently a managing director in the distribution team at First Avenue Partners, where he focused mainly on private credit fundraising in the US. Previously, he was a product specialist in the global private credit platform at The Carlyle Group.

Earlier in his career, he worked at JPMorgan and Bear Stearns as an executive director in the capital introductions group, leading coverage in the Midwest for hedge fund and alternative credit fundraising.

The firm said the hire reflected its commitment to serve the demands of a greater share of capital within the region, where it has been active for more than two decades. Benelux has seen considerable growth in deal volume over the past 10 years with pension funds taking an increasingly sophisticated approach to private market investment.

Adams Street said it believes its private credit team is particularly well positioned to serve the pensions and insurance markets, particularly in the current low-yield environment.

US direct loans outperforming other indexes
Mid-market direct lending loans in the US enjoyed a year of strong performance in 2021 according to the Cliffwater Direct Lending Index, an index compiled by investment adviser and fund manager Cliffwater of 8,000 mid-market loans totalling $191 billion at the end of last year.

The index’s calendar-year return for last year was 12.78 percent, easily beating the 5.28 percent delivered by the Bloomberg High Yield Bond index and the 5.20 percent posted by the S&P/LSTA Leveraged Loan index over the same period.

Cliffwater noted that US mid-market private debt is growing rapidly in size, is increasingly comprised of senior loans (including unitranche as well as ‘pure’ senior) and is shifting to the technology, industrial and business services sectors and away from energy and consumer discretionary.

Benefit Street Partners is managing both funds; according to the US Securities and Exchange Commission filings it is understood that both the distressed credit vehicles were launched last year. The target sizes are yet to be disclosed by the fund manager.

ERS Texas currently allocates 0.7 percent of its investment portfolio to private debt investment, under the target of 1.0 percent.