“Unfortunate and unnecessary distractions that were called out quite clearly by the courts.” 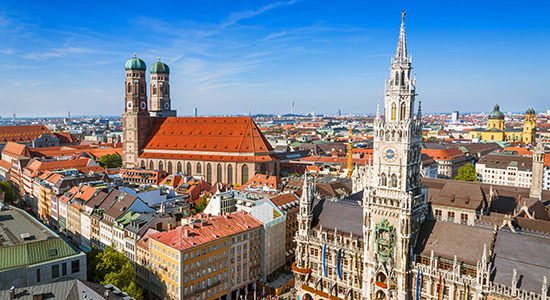 Traditionally the weakest quarter of the year, the first quarter of 2021 set a new record with 29 transactions worth between €20 million to €500 million completed despite the continuing covid lockdowns and challenging economic situation for many companies across Europe.

Moreover, the share of deals accounted for by debt funds increased to 69 percent in the first quarter, compared with 59 percent at the end of 2020, as bank share shrank from 41 percent to 31 percent. This represents a remarkable turnaround in a country where bank dominance has been more pronounced than in many other European markets.

More than 65 percent of deals in the first quarter involved the software, technology and healthcare sectors as terms have become increasingly aggressive. “Nowadays purchase multiples for top-quality assets are in the mid- to high-teens especially if it’s a software or technology company with a truly recurring revenue business model,” said Johannes Schmittat, a managing director at GCA Altium.

Kartesia puts focus back on sponsorless deals
As well as raising €1.5 billion for its latest credit opportunities fund, pan-European manager Kartesia appears to be striking a blow for the sponsorless deal market. Of the more than €500 million already committed by the fund, over three-quarters (76 percent) has gone into deals without a private equity sponsor.

This is very much going against the grain. In the past 12 months, according to Deloitte’s latest Alternative Lender Deal Tracker, sponsorless deals have accounted for just 14 percent of the market in the UK and 15 percent in the rest of Europe. In a way, this is not surprising. Private equity firms are experiencing a fundraising boom and therefore have lots of capital to deploy, while private debt firms can take comfort from working alongside top-notch PE houses.

However, some market observers have expressed concern that, by showing such a strong bias to PE deals, private debt firms are guilty of putting too many eggs in one basket. They ask what happens when the private equity boom runs out of steam and different sources of dealflow are required? The Deloitte data show how much has changed over the years. In Q3 2013, sponsorless deals had a market share of 47 percent in the UK and, in Q1 2016, a 40 percent share in the rest of Europe.

A&M in senior Asia hire for restructuring team
Professional services firm Alvarez & Marsal has hired Tod Macri as a Hong Kong-based senior advisor in its Asian restructuring and turnaround practice. Over the past year, A&M has made senior hires to the team in Shanghai and Singapore as well as Hong Kong.

The capital has been raised from a mix of international investors for two debt vehicles, the Edmond de Rothschild European Real Estate Debt Fund and a dedicated fund with a German insurance group. The Real Estate Debt Fund, which is targeting an income distribution of 4-5 percent a year and a net total return of approximately 8 percent, is aiming for a target size of €300 million.

Boden swaps Permira for HSBC
HSBC Asset Management has expanded its direct lending team with the appointment of Tom Boden as an associate director based in London. He has more than 10 years’ industry experience, having previously been an associate director at Permira Debt Managers (now Permira Credit) where he worked for seven years in the direct lending team. He trained at KPMG where he qualified as a chartered accountant.

The submission date for the RFP is 4 June with a decision put forth to the investment committee on 30 June.