“As UK inflation surprises to the upside the Bank of England has become increasingly hawkish.” 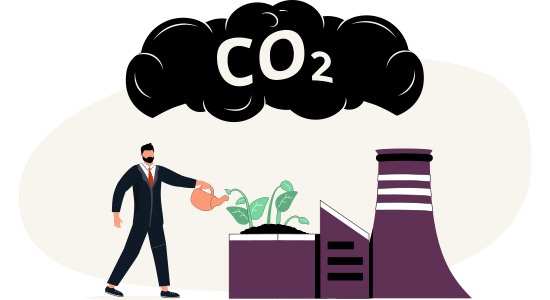 Taking the slow road on ESG
It may have taken a while, but the private debt asset class has finally got its head around environmental, social and governance issues, right? Well, not necessarily. A new white paper from financial services firm Apex Group finds that just 11 percent of fund managers say they have an “already mature” approach to implementing ESG principles into their investment strategies.

Of the remainder, 26 percent said they were in “awareness raising mode” while 53 percent said their approach to ESG was merely “in progress”. The view was also expressed that things will only move forward significantly when “accurate and meaningful data to monitor and track ESG practices and performances” becomes available.

The same paper found that geographical diversification is high on the list of fund managers’ strategic considerations. Private debt has so far had a strong bias to North America and Europe, but the white paper makes clear that Asia-Pacific is increasingly on the radar – with direct lending in Asia-Pacific an area of particular interest.

High leverage a threat to popular sectors
One panellist at our recent Debt Week had a contrarian view of fund managers’ embrace of a small number of highly favoured sectors including the likes of technology, healthcare and business services. Deals in sectors like these, he said, were typified by high levels of leverage that made them a “relative value risk” that his firm was unwilling to take.

He pointed out that leverage in these hot sectors had crept up to between 6.5x to 8.0x, with fund managers taking comfort from large equity cushions, contractual cashflows and high cash generation. But he pointed out that cashflows would need to be very strong to provide effective deleveraging. He said GPs were making the case to LPs that they were doing the sensible thing by investing in covid-resistant businesses. But are such deals really as safe as they seem?

New low for defaults after covid peak
Defaults have continued to tumble since the peak they reached at the height of the pandemic, falling to a current level of 1.5 percent according to the latest Private Credit Default Index from law firm Proskauer.

The default rate of the senior secured and unitranche loans tracked by Proskauer reached a high of 8.1 percent in the second quarter of last year as covid-19 first spread rapidly around the world.

Diversification a major investor priority
More than half (53 percent) of professional investors believe that institutions will “dramatically increase” diversification in their portfolios over the next two years, according to research commissioned by London-based fund manager Nickel Digital and carried out by market research company Pureprofile.

A further 40 percent thought there would be “a slightly greater focus” on diversification over this period. The greatest beneficiary of allocations made with the aim of diversification is expected to be cryptocurrencies and digital assets, with private equity following closely behind.

Sports debt issuance a big hit
Major sports leagues have been consistent investment-grade private credit issuers in the market since 2001, says SLC Management, but especially so in the past two years.

Sports issuance, which includes not only stadium and arena finance but league and team finance, hit $2.8 billion in 2019. It then soared to $7.3 billion in 2020, driven by covid-19 volatility when issuers tried to bolster liquidity, the firm says.

In the first nine months of 2021, sports issuance recorded $5.3 billion, on a similar track as last year.

SLC Management is a global asset manager with $262 billion in assets under management and is one of the largest private credit investors in North America.

The trio will run the business alongside founder and president Christophe Karvelis-Senn. Priorities will include business development in Europe and Asia, as well as strengthening its sustainability and impact strategy.

Capza collected €200 million last month for its debut Growth Tech Fund and is in market with its sixth debt flagship, according to data from affiliate title Private Equity International.

Latest CLO in US series for AXA
AXA IM Alts, the Paris-based alternative investment firm with around €163 billion of assets under management, has closed an approximate $509 million collateralised loan obligation known as Allegro CLO XIV. This is AXA IM Alts’ 14th CLO deal in the US and follows the successful close of Allegro XIII in June this year.

Allegro XIV closed in September, following a successful pricing in August and having seen strong traction from investors in the US, Europe and Asia. The non-call period for the transaction is two years, with a five-year reinvestment period.

The pension committed to Oak Hill Diversified Credit, a vehicle that targets corporations in Europe and North America.

VRS has a 14 percent target allocation for credit strategies, which stands at 14.2 percent as of October 2021.

City of Fresno Retirement Systems has committed $150 million to Monroe Capital Private Credit Fund 559 LP Fund, a contact at the pension confirmed to Private Debt Investor. The investment will continue to build out the pension’s private debt allocation.

This separate account, managed by Monroe Capital, aims to invest across the lower mid-market domestic credit universe with a primary focus on direct lending and opportunistic assets.

The pension’s recent fund commitments have focused primarily on investments in North America. It currently allocates 5.43 percent of its investment portfolio to real estate.