“The limited transparency in this market, combined with potential shortcomings in market participants’ risk management, contributed to firms taking overly large positions and to subsequent system-wide tremors when firms started to unwind those positions” 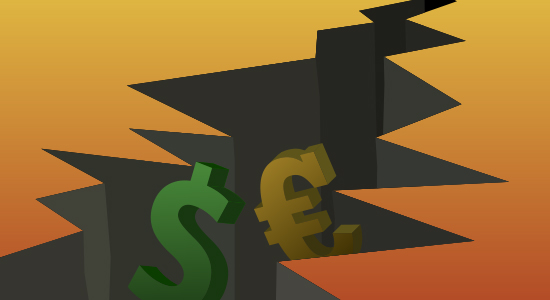 According to recent release by Proskauer, default rates in the second quarter dropped to 1.3%, well below their peak of 8.1% in Q2 2020. The international law firm tracks the default rates of senior secured and unitranche loans quarterly in its Proskauer Private Credit Default Index.

The downward trend shouldn’t be a surprise to the private credit industry, as default rates have been in decline during every quarter for more than a year. Last quarter, the index reported that the rate was 2.4% for Q1 2021. It had previously reported 3.6% in Q4 2020 and 4.2% in Q3 2020.

“As anticipated, default rates have continued to decline as the economy re-opens,” said Proskauer partner Stephen Boyko, who co-chairs the firm’s corporate department and private credit group, in the release. “We are seeing plenty of liquidity in the market and our clients remain bullish about the health of their portfolios.”

Proskauer’s index reported that in Q2 2021 companies with greater than $50 million of earnings before interest, taxes, depreciation and amortisation had a 0.5% default rate, compared with 5.3% in the second quarter of last year.

Billion-dollar generation
Multi-billion dollar fundraisings are increasingly a feature of the private debt landscape, as LPs engage in a ‘flight to quality’ by choosing to put their capital with a smaller group of larger fund managers with proven track records. So far this week, two fund managers on either side of the Atlantic have closed funds at more than $1 billion.

Eurazeo closed its fifth direct lending vehicle at €1.5 billion ($1.77 billion). The fund is focused on investing in European SMEs through both senior and subordinated lending opportunities. Eurazeo is new the brand under which Idinvest now sits, after the former acquired the whole of the long-time Paris-based investor in late 2020. The firm reported that its pipeline is so strong that almost 80 percent of the vehicle is already invested and it is now looking towards a sixth vintage of the successful strategy.

Meanwhile, in the US, King Street Capital Management was able to close its inaugural fund at $1.2 billion. With an initial $750 million target, the newly established lender was able to smash through that figure in just 15 months of fundraising to invest in distressed and stressed corporate debt, structured products, asset-backed investments and claim-related opportunities.

The deal is the first investment since FLC was launched in May by Family Legacy Capital Management, a private investment manager for family offices.

The capital will be used by the multi-boutique asset manager platform to consolidate multiple asset managers. Targeted acquisitions are expected to add more than $5.5 billion to the SRAM platform.

Golding builds out support for corporate pensions
Golding Capital Partners has expanded its support for institutional investor clients with the hiring of Nadejda de Lousanoff as director of institutional sales. She will take on the role of advising corporate investors, charitable foundations and family offices on their alternative investments.

The firm has also brought in support from external consultant Hans Ohlrogge, a company pensions expert who previous led the IBM retirement schemes in Germany.

Golding said the appointments will help to develop its position in the German-speaking markets by providing more in-depth management and advisory services to address corporate clients’ pension needs.

The sixth fund by CapitalSpring is seeking $750 million in capital commitments targeting the US branded franchise restaurant sector through credit tranching. The pension had previously committed $50 million to the fifth fund in the series in 2017.

The $18.34 billion public pension’s private credit portfolio has a market value of $510 million, which is approximately 2.8 percent of its investment portfolio. The target for the asset class is set at 5.0 percent.

To reach the target level, the board has approved a revised 2021-22 private credit investment plan. The pacing plan calls for the approval of between $250 million and $300 million of commitments between June 2021 and June 2022, and for the 5.0 percent target to be reached within four years.