“I still like private debt. It’s an alternative to bank lending; I really like this. To me, that’s a sleep-at-night kind of investment” 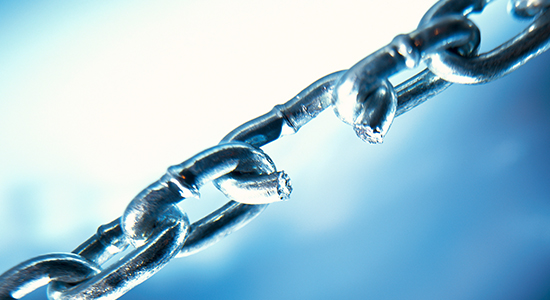 Default pressure still high after worst year since GFC
Some interesting insights were offered last week by the ratings agencies. S&P Global Ratings’ latest report – Elevated Weakest Links Tally May Signal Sustained Default Pressure in 2021 (paywall) – found that although the number of “weakest links” (issuers rated B- or lower with negative outlooks, or ratings on CreditWatch with negative implications) had fallen slightly in December, they remained at a high level. With weakest links most likely to default, S&P thinks defaults will continue to increase this year. The tally of 226 defaults in 2020 was the highest in any year since the global financial crisis.

Among the sectors with the greatest number of weakest links were media and entertainment, consumer products, and oil and gas. The only sector experiencing a drop in weakest links between 2019 and 2020 was telecoms, which remained resilient to the pandemic and oil price shocks. S&P said low oil prices and other pressures would continue to place a strain on the oil and gas sector, while recovery in travel and hotels would be slower than expected and might not take hold until the second half of the year.

Meanwhile, credit conditions in Asia-Pacific are expected to improve in 2021, according to Moody’s Asia Pacific Credit Trends survey for Q4 2020. The region, it says, will be “buoyed by the gradual recovery of economic activity given the early containment of the pandemic in several Asian economies”. However, the share of ratings with negative implications in Moody’s Asia-Pacific corporate portfolio was still a lofty 26 percent at the end of 2020, not far below the 29 percent at the peak of the crisis in Q2 last year.

Separate research from Moody’s showed the European leveraged bond and loan markets remaining resilient to the crisis, with total issuance of $17 billion between November and December 2020 compared with $14 billion in the equivalent two months of 2019. The signs for 2021 also looked positive, with “a flurry of opportunistic financings set to happen for popular issuers”.

New debt adviser launches in US
Hudson Avenue Partners, a new debt advisory business, has been launched in the US. Operating from offices in Detroit and New York, the mid-market-focused firm has been established by Ryan Deegan and Kelly Stotler.

Hudson Avenue focuses on deals with capital needs of between $25 million and more than $250 million. It has already won three mandates, including for Vision Growth Partners on a refinancing for platform company Alline Salon Group.

Senior debt surge. Amid lower overall fundraising, senior debt increased its share of all fundraising in 2020 to 40 percent, up from 31 percent in 2019, according to figures from Private Debt Investor’s Fundraising Report 2020. This has largely been at the expense of distressed debt funds, which dipped from 28 percent in 2019 to 16 percent last year as distressed fund managers switched focus to deployment due to opportunities created by the covid-19 crisis.

ATB joins Creditshelf platform
Amsterdam Trade Bank has agreed to become a lender on the financing platform of Frankfurt-based Creditshelf. The organisation will commit €40 million in loans via a special funding vehicle. Creditshelf said this would help it to meet demand from German SMEs. BNP Paribas Asset Management and the European Investment Fund also signed up as financing partners for the platform last year.

Albee steps up at Värde
Fund manager Värde Partners has promoted Brendan Albee to partner. Albee joined Värde in 2014 as the firm’s chief operating officer with global responsibility for the accounting, treasury, valuations, operations and technology functions. Based in Minneapolis, he is a member of the firm’s investment committee, senior leadership committee and operating committee.

Essex Pension Fund has issued a request for proposal seeking to appoint a fund manager for a direct corporate lending mandate, according to the UK government tender website. The mandate on offer is worth approximately £200 million-£250 million ($274 million-$342 million; €225 million-€281 million).

Eligible managers must meet a number of criteria before offering their services via submission to the RFP. Managers must be actively raising capital for a closed-end commingled fund targeting at least £2 billion; on at least their third fundraise for the given strategy; raising a Europe-focused or global fund that will be in the market across Q2 and Q3 2021; and targeting net returns of 5-6 percent per annum.

The submission deadline for prospective managers is 12 February.

Maine Public Employees Retirement System confirmed an increase in its target allocation to alternative credit from 5.0 percent to 7.5 percent at its January board meeting, a contact at the pension confirmed to PDI.

The increase in target allocation to alternative credit, MainePERS’ asset class in which its private debt investments are housed, comes at the expense of the pension’s diversifying strategies portfolio, which sees its target allocation drop from 10.0 percent to 7.5 percent.

The $16.1 billion US public pension had a 4.8 percent actual allocation to alternative credit as of September 2020, which was when the pension last released information regarding its portfolio composition.