“The surge in the oil price is terrible news for businesses and consumers, and fundamentally this clarifies one of the key impacts of the Russia/Ukraine war – it will serve to further stoke inflation.” 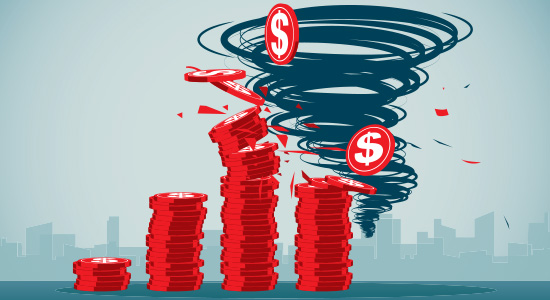 Richard Olson, Lincoln’s managing director in the UK and European valuations and opinions group, told Private Debt Investor he sees no reason why the boom will not continue given the “significant oversupply” of capital in private equity and private credit. In private credit, he says there is two-and-a-half years’ worth of capital available for deals at the current pace of deployment.

The deals frenzy has led to some speculation about whether market conditions may be getting out of hand, but Olson says looking at European deals’ enterprise values and EBITDA multiples suggests that “extraordinary discipline” has been maintained. Out of five sectors analysed, the consumer sector saw leverage peak the highest at 6.7 times in the first quarter of 2021. But, by the end of the year, this had fallen to 5.5 times.

European defaults poised to climb
The era of the low default rate could be coming to an end, according to S&P Global Ratings. The rating agency predicts in a new report (log-in required), that the European trailing 12-month speculative-grade credit default rate will rise to 2.5 percent by the end of this year from 1.8 percent at the end of last year. This forecast would see 20 speculative-grade companies default.

“This forecast puts the default rate squarely back to pre-pandemic norms, but downside risks are growing, which could lead defaults to rise late this year and into 2023,” said Nick Kraemer, head of S&P Global Ratings Performance Analytics, in a press release announcing the report.

Current indicators are of a subdued default rate: strong market liquidity, economic projections above historical averages, and positive credit indicators. But the report says risks are increasing with inflation rising amid tighter monetary policies and the political situation in Russia/Ukraine.

Perhaps in acknowledgement of a volatile backdrop, S&P has what it describes as an optimistic scenario of a 1 percent default rate by the end of the year (eight defaults) and a pessimistic rate of 5 percent (39 defaults).

Runway makes management changes
Runway Growth Capital said it has named Greg Greifeld, managing director and head of credit, to the additional position of deputy chief investment officer at the lender to both venture and non-venture backed companies.

Greifeld, one of Private Debt Investor’s Rising Stars 2020, will work alongside Runway’s founder, chief executive officer and chief investment officer David Spreng, to oversee investments. The new role will expand his responsibility for due diligence, portfolio monitoring and deal structuring. He will retain his two other roles.

The company also said it has hired Rachel Goldstein for the new role of senior vice-president of growth, to improve the quantity and quality of dealflow. Goldstein, who previously led marketing and operations at Lighter Capital, will be charged with growing the deal pipeline and implementing operational best practices to ensure the firm’s origination efforts are more targeted.

Moniot will be responsible for managing Man GPM’s new CRS strategy and team, including portfolio management and origination. He founded Elanus in 2010 to execute CRS transactions with European banks and, as one of the first specialised asset managers in the space, also served as chief investment officer, managing bank, speciality finance and insurance risk sharing transactions. He is based in London.

Imundo will continue to spend most of his time on the existing Elanus business, retaining his role as president and head of client solutions with primary responsibility for the ongoing management and return of capital to existing Elanus investors. In his Man GPM role, he will be focused on business development, working with the sales team and clients on new CRS solutions. Prior to joining Elanus, he spent a decade at Barclays, where in his most recent role as managing director, he led the origination and distribution of CRS investments and private credit. He is based in New York.

Comvest signs up to PRI
Comvest Partners has become a signatory to the United Nations-supported Principles for Responsible Investment.

The PRI is the leading global network of investment managers, asset owners and service providers committed to investing responsibly by incorporating environmental, social and governance factors into their investment practices and business operations.

“We are proud to further demonstrate our commitment to corporate responsibility as a signatory to the UN-supported Principles for Responsible Investment,” said Michael Falk, founder and chief executive officer of Comvest.

VRS’s current allocation to credit strategies sits at 14.2 percent. The US public pension’s recent private debt commitments have concentrated on corporate sector funds that are focused on either global or North American investments.