“We have to have fiscal policy, structural policy other than just relying on central banks to achieve healthy growth.”

Former Fed chair Janet Yellen, who is set to be nominated as Treasury secretary by US president-elect Joe Biden, speaking to Bloomberg’s New Economy Forum 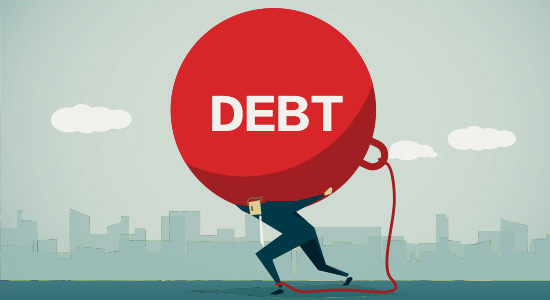 How addbacks have inflated expectations
In our cover story in June last year, EBITDA on steroids, we suggested the EBITDA addback was “one of the most worrying aspects of loan documentation”. A new report (paywall) on the phenomenon from S&P Global Ratings does little to dispel that notion.

It finds that – out of a “large sample” of M&A and leveraged buyout transactions between 2015 and 2019 – addbacks inflated EBITDA by an average of more than 28 percent. It says EBITDA, including addbacks, “generally does not provide a realistic indication of future EBITDA”.

An addback is essentially a sum of money ‘added back’ to a company’s profits. Among the reasons for doing so would be the synergy gains that would supposedly arise from an acquisition – the argument being that adding back those gains, or at least some of them, provides a more realistic picture of profitability.

One of the most controversial aspects of addbacks, which are often referred to as ‘adjustments’, is that an inflated EBITDA figure in effect enables a company to disguise the amount of leverage it is taking on. This is because total leverage is normally expressed as a multiple of EBITDA.

The S&P report finds that, of its sample, actual reported net leverage was 2.8 turns higher than forecast for 2018 and 3.3 turns above the levels predicted for 2019.

At the outset of the pandemic, it may have been hoped that deal terms and conditions would become more lender-friendly, with addbacks perhaps among the more hubristic aspects to be scaled back. In fact, as we reported, the health crisis gave rise to a further addition to the addback menu in the form of EBITDAC – earnings before interest, tax, depreciation, amortisation and covid – which excluded the impact of the coronavirus from company earnings.

Guitar Center hoping not to end on a sour note
It was back in April 2014 that Ares Management took control of music retailer Guitar Center through a debt-for-equity swap. But despite the deal having initially placed the company on an apparently sound financial footing, it has become just one of many struggling retailers hit badly by the pandemic. At the beginning of this week, it filed for Chapter 11 bankruptcy (see Seeking Alpha report here).

With electric guitar sales on the slide, it remains to be seen whether Guitar Center can turn its fortunes around. However, a new financing agreement has been reached, including both debt and equity investment, and the business says it hopes to emerge from bankruptcy by the end of the year.

How covid is infecting portfolios. The pandemic has led to serious business disruption, and private debt portfolios have not been immune. New research from the Alternative Credit Council has found that significant numbers of private debt managers have seen, or expect to see, covenants breached during 2020, with 8 percent expecting more than half of their portfolio to be in breach.

Four join BNP AM debt team
BNP Paribas Asset Management, the asset management business of BNP Paribas, has added four new hires to its private debt and real assets investment division, headed by David Bouchoucha – all of whom will be based in Paris.

Veteran trio put down roots at Sycamore
New fund managers are something of a rarity these days, although Dallas-based Sycamore Tree Capital Partners does include a lot of industry experience in the form of veterans Mark Okada, Jack Yang and Trey Parker. The three have all worked at one former firm – but which one? Find out more here.

New HK partner for White & Case
Global law firm White & Case has expanded its global debt finance practice with the addition of Daniel Abercromby as a partner in Hong Kong.

Abercromby advises private equity funds and their portfolio companies, as well as credit and other special situations vehicles, on a variety of financings in Asia-Pacific, with a particular focus on South-East Asia, India and Greater China.

The $26.63 billion US sovereign wealth fund allocates 18.33 percent of its full investment portfolio to alternative investments.

New Mexico SIC’s recent private debt commitments have been mainly to senior and subordinated debt funds focused on investments in the corporate sector. Its chief investment officer is Robert Smith.

Cathay Life Insurance has approved a $100 million commitment to Ares Private Credit Solutions II. The fund is managed by Ares Management and has a target of $4 billion.

The Taiwanese insurer’s recent private debt commitments have been mainly to senior, subordinated and distressed debt funds focused on investments in the corporate and infrastructure sectors across various regions.