“We expect inflation to be persistent and settle above pre-covid levels. We expect central banks to kick off rate hikes but remain more tolerant of price pressures, keeping real interest rates historically low and supportive of risk assets.” 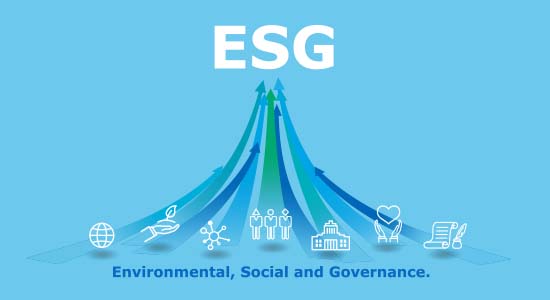 ESG higher on priority list, but data issues persist
Investors in the European leveraged finance market have come a long way in how seriously they take environmental, social and governance issues. That much is clear from a new study by the European Leveraged Finance Association.

The study found that just 6 percent of credit investors were using negative screening – ie, simply sifting out investments not complying with ESG policies – as their primary approach to ESG, down from 34 percent in 2019. Today, 86 percent of respondents have a far more comprehensive approach of integrating ESG factors “systematically and explicitly in the investment process”.

“The integration of ESG factors into leveraged finance investing is continuing at pace, evolving to be much closer to that of public equity markets,” said ELFA chief executive officer Sabrina Fox. “Challenges remain for investors in the sector, however, particularly with regard to availability of good quality ESG data and gaps in knowledge among key market participants.”

Almost all investors surveyed (98 percent) said they have passed on, reduced or sold out of investments due to ESG issues in the past 12 months, with the same number citing availability of good quality data as the greatest obstacle to comprehensive ESG analysis. This is driven by gaps in knowledge of ESG and related regulations among management teams and other stakeholders, as well as limited coverage of European leveraged finance by ESG data providers.

Don’t sell in haste, cautions Oaktree’s Marks
“Reducing market exposure through ill-conceived selling – and thus failing to participate fully in the markets’ positive long-term trend – is a cardinal sin in investing. That’s even more true of selling without reason things that have fallen, turning negative fluctuations into permanent losses and missing out on the miracle of long-term compounding.”

So says Howard Marks, co-founder and co-chairman of Oaktree Capital Management, in the latest of his memos. The focus of the latest iteration is selling because, he says, it was a topic that he realised he hadn’t covered before in four decades of writing his now-famous memos. He confides that struggling to think of new topics has made him consider pulling the plug on the memos.

The latest musing is certainly relevant at a time of economic volatility as the world fights to shake off the worst of the covid pandemic while charging headlong into an inflationary environment. Marks urges against selling just because things may look tough in the period ahead. “Why sell something you think has a positive long-term future to prepare for a dip you expect to be temporary?” he asks.

Senior surge. Almost half of all debt funds raised in 2021 were senior debt vehicles according to preliminary figures from the upcoming Private Debt Investor Fundraising Report 2021. As investors seek safer investments in the wake of the covid-19 crisis, 45 percent of vehicles raised were senior debt funds, up from 31 percent in 2020. This has come at the expense of subordinated and distressed debt vehicles, which accounted for 29 percent and 18 percent, respectively.

Kaup’s addition will strengthen the team’s presence in the fund finance market and add to its depth of expertise and experience, the group said.

“The addition of Anastasia significantly builds out our capabilities to offer bespoke advisory services,” said Zac Barnett, co-founder of FFP, in a news release.

Before FFP, Kaup worked at the law firm AmLaw, leading its fund finance practice representing alternative asset managers, sponsor-backed companies and lenders to such entities, in a variety of transactions.

Morgan served as the founding chief executive of the British Business Bank, the UK government’s economic development bank for business. Appointed on its creation in 2013, the bank has become a major funder of UK businesses, with Morgan overseeing over £60 billion ($81.8 billion; €72.1 billion) of support to SMEs through more than one million loans and guarantees before stepping down in 2020.

Morgan is currently a non-executive director at UK Asset Resolution, the organisation responsible for managing the remaining liabilities originating from the government’s former ownership of Northern Rock and Bradford & Bingley.

To date, ThinCats has provided more than £1.2 billion of funding to companies across the UK with loans ranging from £1 million to £15 million. Last year, ThinCats announced a strategic investment of £160 million from Wafra Capital Partners which, alongside senior bank and institutional funding, enables ThinCats to lend a further £2 billion over the next few years.

London Stock Exchange-listed Grit invests in and actively manages a diversified portfolio of assets across the continent. Founded in 2014, Grit’s portfolio comprises 54 investments across more than eight countries and five asset classes.

BluePeak partnered with Ethos Mezzanine Partners, to jointly invest US$ 31.5 million in Grit in a transaction led by Ethos Mezzanine Partners. The transaction marks the inaugural investment from the BluePeak Private Capital Fund, an impact-linked private credit and mezzanine finance facility raised during the covid-19 pandemic.The fund reached first close at $115 million in September 2021 and is targeting a final close of $200 million later this year, with a hard-cap of $250 million.

Established in 2020, Ruya made its first investment last year when it provided $25 million in private credit for Abu Dhabi-based Starzplay Arabia, a subscription video-on-demand service.

The £21.72 billion UK public pension’s recent private debt commitments have focused on senior debt strategies in the US and Europe.