“Financial markets have already priced-in much of the bad news from geopolitical issues, meaning there should be less wild swings in the months ahead.” 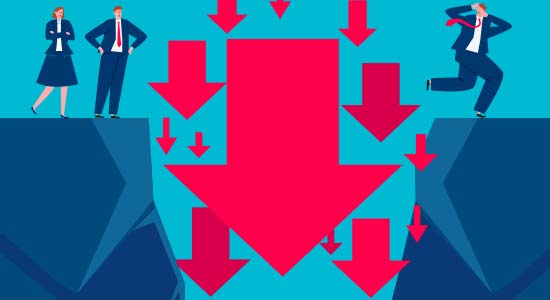 Deal downturn softened by public market woe
Geopolitical turmoil and macroeconomic headwinds have taken a toll on Europe’s private debt markets, with completed deals falling to 206 in the first quarter of this year compared with 235 in the fourth quarter of last year, according to DC Advisory’s latest European Debt Market Monitor.

However, the markets have been relatively resilient as a result of direct lenders being able to increase their market share by providing credit to companies that would traditionally have accessed a rated market solution. Public markets were effectively unavailable for parts of the first quarter and, although “tentatively open” overall, they remain “volatile with limited primary issuance”.

DC Advisory said it expected current headwinds to continue: “This will make maturity management much more challenging for borrowers and issuers, and we recommend that they are on the front foot and prepare with ample time.”

The UK was a resilient market in the first quarter, with the total of 55 deals exactly the same as in the fourth quarter of last year and well above the level of activity seen throughout the covid-hit year of 2020. However, DC Advisory warns of a “weakening outlook”, which is expected to curtail deal activity in the near term.

It was a similar story in France, where deals fell marginally from 75 to 74, but DC Advisory believes long-term stagflation is “very likely”. In Germany and the DACH region, a significant decline was already being seen in the first quarter as total deals fell from 58 to 39. The markets in this region were seeing “persistent negative headwinds”.

Half of LPs using credit secondary market
Limited partners are split down the middle when it comes to willingness to use the private debt secondary market, according to research from US fund manager NXT Capital.

When asked whether they had completed the secondary sale of an LP or other interest in a private credit fund, 38 percent of respondents said they had with 12 percent saying they had done so more than once. More than a third – 37 percent – had not considered doing so, while 13 percent had considered it but did not complete the transaction.

Of those who had considered a deal but didn’t complete it, 40 percent said it was because the valuation didn’t meet their expectations, while 20 percent said the process took too much time and resources.

NXT Capital noted that “over the last few years, we have seen rapid growth in the debt secondary market expanding strategies across the risk spectrum from special situations to senior debt. The development of a broader universe of buyers looking to invest in secondaries and sellers looking for ways to manage their portfolios and achieve liquidity is evidence of a maturing market”.

Lung has more than 17 years of banking and investment experience, primarily in corporate leveraged finance. Most recently, she was in Aware Super’s credit income team where she was responsible for the origination and execution of corporate and leveraged finance transactions in Australia and New Zealand.

She will report to Phil Miall, QIC’s head of multi-sector private debt.

Haverland will focus on building private equity relationships in the US’s north-east and mid-Atlantic regions. He was most recently an executive director in Fifth Third Bank’s technology, media and telecom group where he focused on private equity coverage from 2017 to 2022 and was a member of the investment banking team responsible for originating and executing M&A transactions.

The capital solutions group focuses on the secondaries market in private credit and private infrastructure. These markets “are at an inflection point, as the underlying markets mature to the point where they can support an active secondary market for LP interests and GP solutions”, said Paul Buckley, chief executive officer and managing partner of FIRSTavenue.

IPERS has announced a $150 million commitment to Kayne Anderson Real Estate Debt IV, according to materials from its June investment committee meeting.

IPERS made the commitment in Q2 before the final close in May of the fourth iteration of Kayne Anderson’s flagship debt fund. The vehicle raised nearly $1.9 billion in capital commitments, marking the largest debt fundraise so far for the firm.

IPERS has a 4 percent allocation to private debt, comprising $1.65 billion in capital.