“It’s clear that central banks are willing to sacrifice growth at the altar of quelling inflation; investors are now moving from denial to acceptance of this”

From Schroders’ CIO Lens Q4 2022: We need to talk about yields, written by Johanna Kyrklund, group chief investment officer and co-head of investment 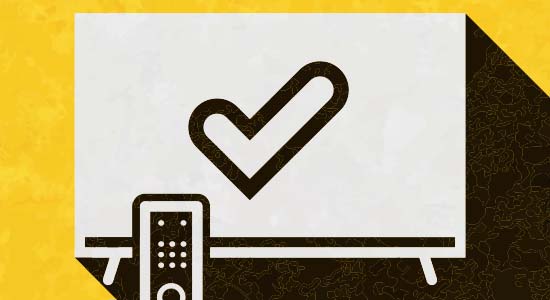 Syco is the corporate alter ego of Simon Cowell, the record executive and television personality behind the Got Talent, X Factor, and Idol reality TV franchises. Syco was originally launched as a joint venture with Sony Music, but Cowell bought out Sony’s share of the television portion of Syco in July 2010, leaving Sony with the music assets.

The use of reality programming’s IP to secure a loan is a first of its kind transaction, WOMP says. Freddy Boom, head of structured finance at WOMP, called the new ABS a “groundbreaking deal”, creating a new avenue for media IP owners to monetise their assets for reinvestment.

Boom added: “We look forward to building on the success of the transaction and continuing this momentum as we work with other similarly situated media companies and IP owners.” Proceeds of the transaction will be used to fund Syco’s continued separation.

The intersection of art and finance has in general become more creative of late. For example, Carlyle launched Litmus Music this summer, attracted by the uncorrelated nature of music rights as an asset class. It is a reasonable supposition that reality-TV IP will also prove largely uncorrelated to more traditional portfolio allocations.

Ares AMPs up its Infra Debt Fund V
Ares Management acquired its infrastructure debt business through a much-publicised deal with AMP Capital late last year. And it’s safe to say that’s now yielding the results the US group expected, according to our colleagues on Infrastructure Investor.

The newly named Ares Infrastructure Debt Fund V, which had been launched during the stuttering final months of AMP Capital’s infrastructure business, raised another $500 million in Q3, reaching $3.9 billion to date against a $5 billion target. During the firm’s earnings call, chief executive officer Michael Arougheti said he was “pleased” that the infrastructure debt strategy was being “well received”.

That’s not all, though. Ares said it also plans launches of its second climate infrastructure fund and third infrastructure secondaries vehicle, which are part of fund launches across private markets targeting an overall $45 billion.

Arougheti will surely be more than “pleased” when that comes off.

Tough period ahead for riskier credits
The number of European ratings of CCC+ or lower has dropped, but partly because of several defaults reducing the number to 45 as of the end of September, from 52 at the end of June. In its Risky Credits (login required) report for the third quarter of 2022, S&P Global Ratings says such issuers face a tough period due to persistent inflation, slower growth, tighter financing conditions and continuing geopolitical tensions.

The share of CCC ratings is almost twice as high as the pre-pandemic level and about 7.5 percent of speculative-grade borrowers are now rated in the CCC category. Consumer products, media and entertainment, and oil and gas have the most CCC/CC ratings, while by country, the UK has the greatest volume of debt rated CCC+ or lower in Europe.

Tight liquidity remains a risk due to subdued primary markets. This will increase the financing needs of issuers rated CCC+ or lower and make it tougher for them to refinance currently outstanding debt.

Telecommunications, media and entertainment, and consumer products are the three sectors with the largest amount of speculative-grade non-financial corporate debt maturing in 2023 and 2024 – amounting to €79.3 billion.

Most recently, he was global head of Citi Holdings, where he led a significant reduction in the size and complexity of the business unit responsible for managing Citigroup’s non-core consumer and institutional businesses and assets in the US and overseas.

He also served as chief executive officer for Citigroup in Japan, based in Tokyo, where he led the divestiture of Citi’s local consumer businesses and the multi-year restructuring of the local operating platform for Citi’s institutional business.

Teachers’ Retirement System of the State of Illinois confirmed a commitment of $125 million to Brookfield Infrastructure Debt III, a source at the pension fund told Private Debt Investor.

Founded in 1899, Brookfield Asset Management is an asset manager focused on investing in high-quality assets across real estate, infrastructure, renewable power and private equity. The fund’s predecessor had a final close on $2.7 billion in December 2020.