“We see the higher inflation regime and solid growth as positive for risk assets but bad for bonds for a second consecutive year.” 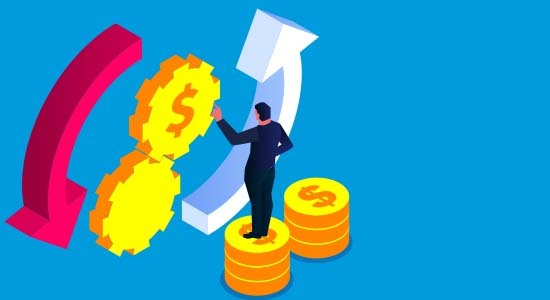 Roll up for the new year sales
When it comes to trends, private equity often provides the lead for private debt to follow, and this once again appears to be the case with general partner stake sales. These have been a common occurrence in the private equity universe but examples in private debt – such as last week’s sale of a stake in Park Square Capital to Bonaccord Capital – have been few and far between.

Hunter Point says it looks to build partnerships with “proven general partners who are poised to build enduring franchises and define the next generation of leading investment firms across the globe”.

In our round-up of news from the festive period below, you will note that Central European private debt firm Syntaxis Capital also sold a minority stake to London-based Goodhart Partners. The trend clearly has momentum as we head into 2022.

Claire Madden, managing partner at Connection, said this was “indicative of a wider market trend of increasing appetite in the private market space as a whole. We expect the volume of investors seeking private market investments, and the quantum being invested, to continue to rise through 2022”.

The firm said around two-thirds of the funds it raised (65 percent) went into alternative asset funds and co-investments while 27 percent went into venture capital opportunities.

A survey of its clients by Connection last year found that 64 percent were optimistic about private equity, 46 percent about alternative funds in general and 34 percent about quoted equities.

A festive reminder
So, what did we miss? Here’s a round-up of news from just before and during the holiday period:

German lender creditshelf teamed with Exaloan to publish a study examining opportunities for institutional investors in the digital SME loan market. It found that such loans have a stable return potential of up to 6 percent per annum while also offering low correlation with other asset classes.

Fund manager White Oak announced it had signed a securitisation facility with Barclays Bank releasing £150 million of funding for UK small to medium-sized enterprises via asset finance solutions. White Oak has lent through the pandemic using its own lease and loan products as well as the UK government’s Coronavirus Business Interruption Loan Scheme.

New York-based alternative assets giant KKR launched a new Sustainability Expert Advisory Council to offer “valuable external insights and perspectives on sustainability topics and advising the firm on ESG strategy and initiatives”. The firm also announced a series of promotions, including Brian Dillard from managing director to partner. Dillard is the firm’s head of credit and markets in Hong Kong.

Specialist financier 17Capital announced it had closed 15 net asset value financing deals during 2021, representing an aggregate value of around $2.8 billion. It said that 80 percent of the counterparties in the 15 transactions were among the top 100 global private equity managers by size.

In his new role, Stokes will focus on advancing and accelerating how investors use the Finitive platform to gain access to private credit opportunities and connect with borrowers.

Most recently, Stokes was vice-president of risk and analytics at investment firm 777 Partners, where he oversaw multiple consumer lending portfolios. He was also one of the first hires at mobile bank Moneylion, where he built its analytics department.

The group will be co-headed by managing directors Sean McGah and Bobby Bryant, who will focus on enhancing relationships with equity sponsors, private debt funds and professional management teams.

Pennsylvania Public School Employees’ Retirement System has approved $500 million in commitments across three private debt vehicles, according to a press release issued by the organisation.

Intermediate Capital Group launched Fund VIII in May 2021 with a €7 billion target size, and had raised €6 billion for the vehicle as of November 2021. ICG Europe Fund VIII will invest in subordinated debt, senior debt, structured debt and equity in French, Italian, Spanish, UK, DACH, Scandinavian and Pan-European upper mid-market companies across a variety of sectors.

Sixth Street launched its fifth-series fund in June 2021 with a $3.5 billion target size. Sixth Street Opportunities V continues the strategy of thematic, control-oriented, actively managed investments with a significant focus on downside protection. The fund has the flexibility to invest across geographies, primarily in North America and Europe.

Bain Capital launched SSA II in March 2021. The fund seeks to generate attractive risk-adjusted returns by capturing value in complex situations and mispriced assets by providing creative solutions to address capital shortfalls across Asia. It adopts an opportunistic strategy that can dynamically pivot between thematic opportunities and geographies across Asia as they become attractive.