“Liquidity and a focus on cash reserves are likely to remain top-of-mind for sovereign investors given that many governments are still managing the virus, and sovereigns will want to be well prepared if governments need their support.” 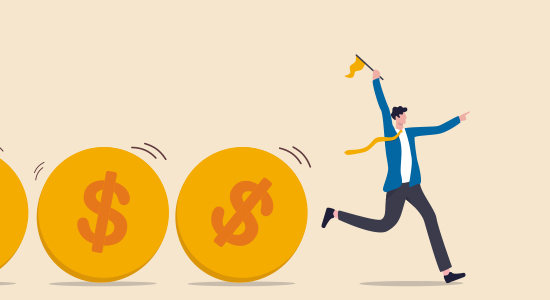 Fundraising boost as year set to end on high note
Private debt fundraising had a tough time of it last year, fighting its way through the challenges of covid-19 and the enforced remote due diligence that it brought in its wake, to an eventual total of $176.5 billion. This was a respectable haul of capital under the circumstances, but short of the $217.1 billion collected in 2019.

This year, fundraising appears to be back on track. According to our latest figures, the first nine months of this year saw $149.6 billion of capital raised, compared with $125.6 billion at the same stage of last year. Only around $27 billion needs to be raised in the fourth quarter for 2021 to be a more prolific fundraising year than 2020 – in all likelihood, plenty more than that will be gathered.

The future also looks bright for sponsored dealflow as private equity dry powder continues to mount up. Our colleagues at Private Equity International are predicting a potentially record-breaking fundraising year, with $535 billion raised in the first nine months, 40 percent more than the equivalent period last year.

Arrow targets Europe’s abundant NPLs
The idea of classic distressed cycles is quite nuanced in Europe and nor should this matter in terms of distressed dealflow on the continent, according to a view supported by Kamran Anwar, global head of clients and capital formation at fund manager Arrow Global, at our recent Debt Week.

Private Debt Investor caught up with Anwar this week, soon after the formal acquisition of the Manchester, UK-based firm by private equity outfit TDR Capital in a deal that came to light in April. He said non-performing loan specialists such as Arrow didn’t need a fresh wave of distress, as the market for European NPLs is already large, given the sheer scale and localised, granular nature of the European banking sector, and despite the expected impact from the covid pandemic.

“There is an evergreen milieu of different asset types in the banking system due to structural inefficiencies as well as a regulatory backdrop that is not harmonious across different countries,” he told us. The opportunities range from secured to unsecured and from SME lending to speciality areas such as litigation finance. “The key is to come up with a balanced risk/reward allocation strategy across a range of niches in bank balance sheets,” Anwar said.

London-listed Arrow closed its debut institutional fund on €1.7 billion in November last year. Anwar said it was deploying capital in line with expectations and that the firm was hoping to be back in the market for a second fund sometime next year.

Arranged by Bank of America, the CLO is expected to close next month and is subject to customary closing conditions.

The transaction, arranged by Nomura Securities, priced with a weighted average cost of debt of LIBOR plus 1.61 percent. The CLO has a five-year reinvestment period and will be managed by Ares Management, which has more than $28 billion of CLO AUM. Livermore’s controlling equity comes with options to refinance the debt or reset the CLO to enhance value.

Uddin named president at Monroe
Chicago-based fund manager Monroe Capital has appointed Zia Uddin as president. Uddin, who is a partner and portfolio manager, institutional portfolios, will continue to report to Ted Koenig, who remains the firm’s chairman and chief executive officer.

Uddin has held numerous leadership roles at the firm and within private equity, management consulting and private industry. He sits on various portfolio company boards.

Pennsylvania Public School Employees’ Retirement System has revealed its private credit fund pacing plan for the rest of 2021, according to materials from the pension’s October 2021 investment advisory council meeting.

Highlights from the meeting were as follows:

PSERS has outlined its private debt pacing range for FY 2021, with capital of between $875 million and $1.075 billion hoping to be committed by the end of the year. However, a contact at the organisation informed Private Debt Investor that they expect to miss this pacing target by $114 million.

The pension has also outlined a projected $760 million in commitments to be made across four private debt vehicles, which will be formalised later on this year. These will mark the first investments into the asset class in 2021.

According to materials, this targeted range of committed capital to private debt will allow PSERS to maintain its 8 percent target allocation to the asset class over time. The PSERS board approved a reduction of private credit asset allocation from 10 percent to 8 percent in November 2020.

Pennsylvania’s private debt commitments since 2019 have been almost exclusively global in nature, largely comprising mezzanine and distressed debt strategies in the corporate sector. Average ticket sizes have fluctuated between $100 million and $200 million, with peak commitments of $200 million made to both Sixth Street Fundamental Strategies Partners and Bain Capital Distressed & Special Situations 2019.

Charles Spiller has been the deputy chief investment officer at PSERS since January 2016, assisting the CIO by planning, managing and evaluating a wide range of investment strategies supporting PSERS’ investment programme.

He also participates in development of asset allocation recommendations and oversees the alternative asset programmes, including responsibility for the private debt portfolio which represents around $5.5 billion of exposure across multiple debt strategies.