“European investors are really ahead of the game on ESG and as ESG becomes more important to investors [in Europe] it might create a barrier to investing in the US.” 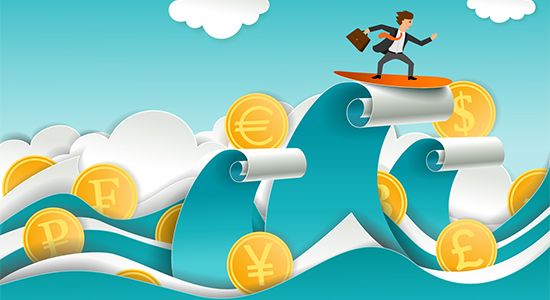 The coffers are set to be filled
There has been much talk in the market about a possible distressed wave, but many market observers are now sceptical that this will happen to any significant degree. From recent conversations, however, there is increasing confidence in a fundraising wave.

Private Debt Investor was recently told of an endowment which had seen its portfolio rise by a third over the past year – just one example of how strong market performance has boosted investor firepower. “Everything’s up,” one fund manager told us, “and all these allocators have a lot more capital.”

Our database has tracked the subdued fundraising environment during covid-19, with investors hampered by remote due diligence and reluctant to take a punt on anything outside established comfort zones. But we are being told there is a huge amount of pent-up capital, and that private debt could be a major beneficiary given how well its performance has been perceived through the health crisis and also how the floating rate nature of many loans makes private debt attractive in the face of inflationary pressures.

There is a view that September could be the month for fundraising to begin its ascent to a new peak. For analysis of all the key fundraising data for the first half of 2021, watch out for the next issue of PDI.

Blackstone’s latest insurance deal
In our June cover story we examined the evolving relationship between insurance and private debt. Among the many partnerships and takeover deals we provided as examples was Blackstone’s $2.8 billion purchase of Allstate’s life insurance business. At the end of last week, we reported that Blackstone had claimed another slice of permanent capital by paying $2.2 billion for a 9.9 percent stake in the assets backing the life insurance and annuities business of American International Group. In all, Blackstone will have some $150 billion in insurance assets under management by year end. Permanent capital is looking very much like a permanent trend.

New deputy CEO at Tikehau
Paris-based manager Tikehau Capital has appointed Cécile Cabanis as deputy chief executive officer. She will take up her role on 1 September.

In the newly created position, Cabanis will oversee the human capital, ESG/CSR, communications and brand marketing functions of the group. She will also coordinate efforts to develop Tikehau’s global network with corporates and further develop the franchise. She will report to co-founders Antoine Flamarion and Mathieu Chabran.

Cabanis joins from French food products firm Danone Group where she was executive vice-president in charge of finance, strategy, information systems, purchasing, cycles and sustainable resource development, a member of the executive committee and sponsor of inclusive diversity.

Prasad Bowe joined Oaktree in 2019 as a credit product specialist focused on private and multi-strategy credit. She has been involved in the design and implementation of the ESG framework for Global Credit, Oaktree’s flagship multi-strategy product.

Before joining Oaktree, she spent over a decade in credit-, sales- and strategy-focused roles at Citadel Securities and Morgan Stanley.

The CLO investor committee will offer a forum for members to identify CLO investors’ requirements, facilitate discussion on general market progress and key issues, and contribute to the regulatory dialogue in the asset class. One area of focus is the development of ESG credentials for managers and deals, including defining the concept of an ESG CLO in a way that will avoid greenwashing.