“Central Europe offers a significant opportunity in terms of private debt, as the market is still very much underserved.”

Radoslav Tausinger, managing director of Warsaw-based fund manager CVI, following the firm’s announcement that it had raised €80 million at the first closing of its inaugural fund for direct lending in Central Europe. 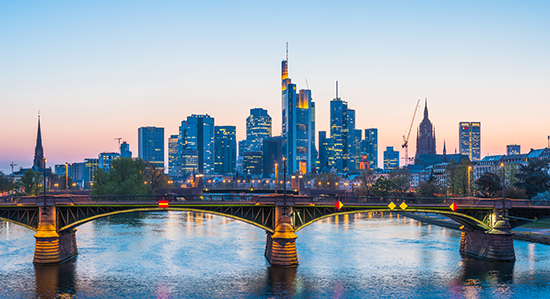 German LBO boom as funds flourish
Debt funds have continued to muscle aside the banks in the German market, where leveraged buyouts continue to flourish. This is one of the key findings of the latest MidCapMonitor report (see archive here) by investment bank GCA Altium.

With the leveraged buyout market experiencing its “best-ever first half year on record” according to Norbert Schmitz, a managing director in GCA Altium’s Frankfurt office, debt funds accounted for 65 percent of LBO financings involving credit volume of between €20 million and €500 million during the period.

This continues a trend in which debt funds have steadily increased their market share in the German buyout financing market versus the banks in what has always been considered a country with a strong banking culture. At the end of last year, the portion accounted for by debt funds was 59 percent (see also chart below).

The report recorded 31 relevant transactions in the second quarter of this year, bringing the first-half total to a new peak of 60 deals. “The market for quality assets continues to be very aggressive, and covid-19 is only relevant to a few industry sectors,” says Johannes Schmittat, also a managing director at the firm.

As observed in other markets, the German LBO scene has become dominated by a handful of flourishing industries. The healthcare, technology and software sectors accounted for more than 65 percent of deal activity between them in the first half.

Japan’s next LP giant
A new university endowment in Japan, the largest of its kind globally, has big plans for alternative assets. The ¥10 trillion ($90.5 billion; €77.1 billion) fund, which is managed by the Japan Science and Technology Agency, wants to hire at least 20-30 alternatives specialists, chief investment officer Masakazu Kita told Bloomberg on Thursday last week.

The vehicle is intended to start investing by the end of March next year. It is tasked with generating a 4.38 percent annual return, north of the average 3.7 percent return posted by Japan’s Government Pension Investment Fund, to help finance science and tech research each year. Another potential Japanese LP will be welcome news to the international GP community, many of which hope to seduce this relatively untapped source of capital.

Funds pull ahead. Private debt funds are completing more mid-market deals than banks in several key European markets, according to the latest GCA Altium MidCapMonitor. The UK leads the trend with more than twice as many fund-backed deals as bank deals, but Germany too saw a major inversion for a formerly bank-dominated market, with funds making 39 deals compared to just 21 for banks (see also above).

S&P finds things are on the up
S&P Global Ratings upgraded 33 European corporate issuers in the second quarter of this year, compared with 30 downgrades – the first time upgrades have been ahead of downgrades since the second quarter of 2019. Upgrades were mainly seen in the consumer products and high technology sectors. The trailing 12-month speculative-grade default rate fell to 4.7 percent in June and S&P said it expected the rate to fall further by March 2022.

Nuveen hires senior exec from Cairn
Nuveen Real Estate, the real estate investment manager, has appointed Peter Hansell as a senior director within its European commercial real estate debt team. Hansell, based in London, will focus on debt investments, including the origination of new opportunities and the management of the firm’s various continental Europe and UK debt strategies. He joins the firm from Cairn Capital in London, where he was head of real estate debt.

GoldenTree further boosts CLO assets
New York-based fund manager GoldenTree Asset Management has announced the closing of a collateralised loan obligation, GoldenTree Loan Management US CLO 10, on $640 million. The CLO is part of the GLM CLO strategy, which has raised a total of more than $9 billion for 16 CLOs since it was launched in January 2017. The CLO, backed by a portfolio of senior secured loans, will have a five-year reinvestment period and two-year non-call period.

Fundraising momentum for CION
New York manager CION Investments says its CION Ares Diversified Credit Fund saw its highest quarterly capital raise since inception during the second quarter of this year. As of 30 June 2021, the fund had $1.6 billion in total managed assets after inflows of approximately $245 million in the second quarter. The vehicle is a “continuously offered” interval fund, a type of investment that allows the issuer to repurchase fund shares from shareholders at certain points in time.