“As the stance of monetary policy tightens further, it likely will become appropriate to slow the pace of increases while we assess how our cumulative policy adjustments are affecting the economy and inflation”

Jerome Powell, chair of the Federal Reserve, hints at a future slowdown in interest rate hikes (quoted by Sky News). This followed the Fed’s latest 0.75% hike 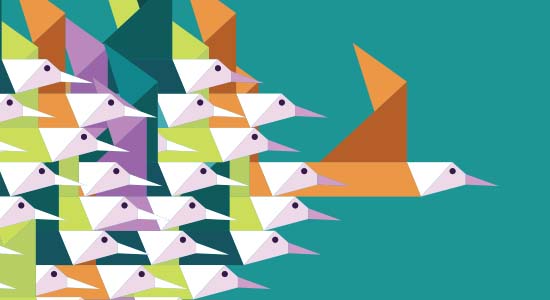 Survey charts shift from quoted to alternatives
The traditional 60/40 equities/bonds allocation model is being eroded as investors increasingly look beyond public markets for better returns and diversification.

This represents a steady increase from prior surveys. When it was first carried out in 2018, 26 percent of respondents had 20 percent or more in alternatives, with the figure climbing to 35 percent last year.

“Experienced private investors are not just dabbling in alternative investments – many are carving out a significant space for them as a vital component of their portfolios,” says Claire Madden, managing partner at Connection Capital.

“Inflation, rising interest rates, recessionary fears and geopolitical risks have reignited turbulence in global equity and bond markets and the conventional wisdom that a 60/40 equities/bonds split is a safe diversification play – which has been doubtful for some time – no longer rings true,” she adds.

Weak links on the rise
In May, the number of ‘weakest links’ rose for the first time in 19 months, according to the latest Global Credit Markets Update from S&P Global Ratings (login required).

‘Weakest links’ are those issuers rated B- or lower by S&P with ‘negative outlooks’ or ‘negative implications’. The retail and capital goods sectors contributed most to the rise, with revenue streams affected by supply chain constraints and inflationary pressures.

Weakest links have historically defaulted at a rate eight times higher on average than the overall speculative-grade population, and a rising tally of weakest links may point to a rise in defaults in the period ahead. There is no sign of an increase in defaults so far, however, with the level trending lower than last year.

Sales hire for AXA IM Alts
AXA IM Alts has expanded its UK sales team by appointing Paul Jeffries as senior sales manager for its client group in the UK.

Jeffries has more than two decades of experience in investment and asset management within the UK and will play a role in supporting AXA IM Alts’ UK sales team in raising new capital in the market. Reporting to Manisha Patel, director, global consultants and UK, Jeffries will work with UK and Ireland-based clients to grow the business’s alternatives footprint among institutional investors, with a focus on insurance groups, public and corporate pension schemes and fiduciary managers.

Jeffries has held a number of senior strategic roles at Unigestion and Robeco Asset Management, both of which saw him work with institutional investors and consultants in client-facing roles. He was also an investment manager at Railpen Investments, where he helped the business meet its responsible investment objectives.

“Securing this funding from Wells Fargo is a major moment in the development of AFC and a recognition of our track record in providing comprehensive and flexible financing solutions over the past five years,” said Karun Dhir, managing director of Aurelius Finance Company. “AFC is now well placed to competitively target a greater volume and size of deals in the mid-market space.”

Hartley takes permanent reins at BBI
Judith Hartley has been appointed chief executive officer of British Business Investments, the British Business Bank commercial subsidiary that is a major backer of emerging private debt funds. Hartley, who became acting CEO of British Patient Capital and BBI in September 2020, will take up the permanent role when her secondment ends in the autumn.

Catherine Lewis La Torre has been appointed CEO of British Patient Capital and chair of BBI, taking over from Francis Small who recently concluded his term in office. In addition, La Torre has taken on the role of senior responsible officer for the bank’s other equity schemes.

Maine Public Employees Retirement System approved a $125 million commitment to AG Direct Lending Fund V, a contact at the pension informed Private Debt Investor. The commitment is subject to final due diligence by the pension fund.

The US public pension’s recent fund commitments have predominantly targeted North American vehicles focused on a variety of sectors.