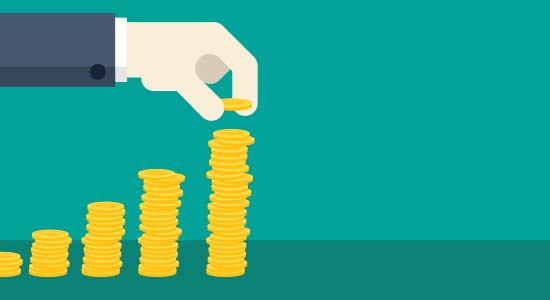 HPS becomes latest to strike insurance deal
HPS Investment Partners has reached out to that revered source of permanent capital, the insurance company. The firm has agreed to sell a minority stake to Guardian Life, one of the largest life insurers in the US.

Guardian has its own in-house investment platform and claimed that the deal would expand its investment capabilities. The two firms said they would be co-developing “bespoke investment strategies suitable for the insurance market”.

The deal also involves Guardian investing a “strategically important” amount of capital in HPS to invest and manage across a range of private credit strategies.

It would be no surprise if more tie-ups were to follow. “There’s a natural marriage between asset managers who can generate a higher yield or provide more attractive forms of credit with insurance companies that have a need to put a lot of capital to work,” Luke Schlafly, head of insurance investment solutions at PineBridge Investments, told us in an article last year.

Ares in major net lease transaction
Seen as a good way to achieve low risk, steady income while protecting against inflation, the triple net lease strategy – which involves a corporate tenant paying all the expenses of a property – has been gaining in popularity. Perhaps the most eye-catching recent move into the space was by Carlyle Group, when it agreed to buy a net lease business from iStar for $3 billion earlier this month.

Towards the end of last week, Ares Management – the leading firm in the PDI 100 – made a striking statement of its own with the $3.8 billion acquisition of Capital Automotive from Brookfield. Based in Virginia and described as a “self-managed real estate company”, the firm provides sale-leaseback capital to automotive dealers in the US and Canada and has a portfolio of more than 250 real estate assets structured as long-term triple net leases.

“This is an area of the market that plays to Ares’ strengths,” said David Roth, the firm’s partner and co-head of US real estate. “We believe that our ability to apply a hybrid real estate and credit lens to assess opportunities is a key differentiator.”

Henry joined Credit Solutions as an associate in January 2016, having previously been at Harris Williams & Associates in its healthcare M&A group. His role will include sourcing and underwriting for new transactions and will evolve into one of portfolio management.

Crace joined Credit Solutions as an associate in 2017, having worked as an intern in the Atlanta office of Harbert Management Corporation’s private equity team. He supports investment activities with models, confirmatory due diligence, quarterly valuations and portfolio monitoring.

Harbert Credit Solutions is investing its $300 million Fund IV, investing $5 million to $15 million in companies with EBITDA between $2 million and $10 million in the lower mid-market.

The firm deployed €5.5 billion of capital during the year, with €3.7 billion deployed in the second half. The net new fundraising total for the year was €6.4 billion, with half of this raised for the firm’s private debt strategies, covering areas such as direct lending, impact lending and secondary private debt.

Hercules Capital makes management changes
Hercules Capital has named Christian Follmann as chief operating officer, a new position at the venture debt specialty finance company. Follmann has worked at the firm for 15 years, most recently as senior director of operations and strategic projects.

Hercules has also appointed Charlie Vandis, currently senior managing director of credit, to the post of chief credit officer, and hired Kiersten Zaza Botelho as general counsel and chief compliance officer, from her position as vice president and associate general counsel in the Boston office of Bain Capital Credit.

As such, Hercules plans to take its business to “the next level” by investing in the executive management team, which Bluestein said is vital to the expansion and success of the company.

Illinois Municipal Retirement Fund has approved a $50 million commitment to Clearlake Capital Group‘s third opportunities fund, according to a press release from the pension.

In a press release following the pension’s February investment committee meeting, it announced it will up its target for investing into minority investment managers in the private equity market. This will increase to 25 percent by 1 March 2022 from a previous target of 22 percent.