“As the world continues to face so many challenges today, and as Carlyle is well-positioned, now is a natural point to focus my full-time efforts on community and public service efforts that I believe can make a meaningful impact”

Slowdown and pick-up reported by ICG 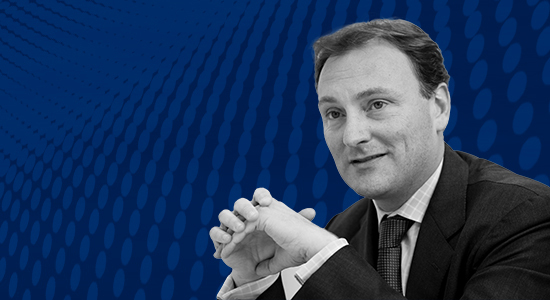 However, the firm was upbeat in its assessment of prospects. Total AUM was up 1 percent on 31 March 2020 to €45.6 billion and third-party fees up 1.4 percent at €36.4 billion; investment activity appeared to be rebounding, with €2.4 billion of deals in exclusivity; and €1.2 billion of new money was raised in the first quarter, notwithstanding the drag effect of covid-19.

Not much sign of covid-19 having prolonged negative effects in Europe’s leveraged finance market.

According to the latest research from Moody’s (paywalled link here) total issuance surged to $25 billion in June, more than tripling from $7.7 billion in May. The high-yield bond market outpaced loans for the third month in a row since March’s market shutdown, with issuance of $15 billion compared with $10 billion of loans.

June 2020 issuance was the second highest since 2012 and was in both cases mostly bond-driven, according to Kristin Yeatman, a vice-president at Moody’s.

The latest distressed fundraising success has been recorded at Nut Tree Capital Management, an Investcorp-seeded New York-based manager launched in 2016.

In addition to its $1.8 billion flagship strategy, Nut Tree has closed its $320 million Drawdown Fund to invest in “distressed and deeply stressed corporate debt, with a focus on mid-size North American issuers”.

There may be concerns around some aspects of the CLO market, but that hasn’t stopped fund manager CVC Credit Partners from boosting its funds under management in the space. The firm this week announced the closing of the $400 million Apidos XXXIII fund, its second new CLO issue in the US this year. In June, the firm closed a European CLO – the €290 million Cordatus XVII.

With a shortfall of around 2 million homes, South African housing is in a difficult situation. Step forward Johannesburg-based fund manager Vantage Capital with R82 million ($5 million; €4 million) of mezzanine financing for Kayalane Heights, an affordable housing development in Limpopo. The deal – in support of black-owned property development company Alleyroads Group – is the 29th mezzanine deal completed by Vantage across 10 African countries.

Rhode Island State Treasury has agreed to commit $50 million to Owl Rock Capital Corp III, according to the pension’s June meeting minutes. The fund will seek to directly originate loans to US mid-market and upper mid-market companies.

The $8.3 billion US public pension has a 1.8 percent allocation to private debt.

The pension’s recent commitments are to funds focused on the corporate sector within North America.