“It all just increases the risk that they end up having to take more severe action.” 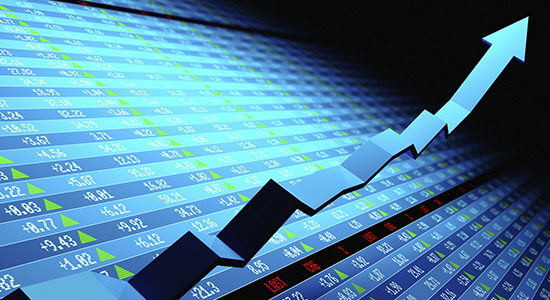 The public face of private debt is launched
It seems that private credit is well on its way to going public. That’s the premise underlying a recently introduced index, the Gapstow Liquid Alternative Credit Index, or GLACI, which is tracked by a new ETF, the Wisdom Tree Alternative Income ETF.

The index, which was launched in May, is the brainchild of Christopher Acito, chief executive officer of Gapstow Capital Partners and his team, who developed it in concert with Alerian and S-Network Global Advisors. Gapstow, founded in 2009, is an alternative credit investment adviser and manager, and Acito told Private Debt Investor that the index was a natural outgrowth of Gapstow measuring the performance of its own funds and clients. The index was created to bring diversified exposure across alternative credit in an investable, and fully liquid way, to a wider audience, he says.

The index includes the largest publicly traded alternative credit vehicles by market capitalisation and isn’t performance based. Nevertheless, the index is showing solid returns. From 6 May, when trading began, through 25 June, GLACI has risen by 4.4 percent, against a 1.8 percent increase in the S&P 500, according to Patrick Shaddow, head of index operations at Alerian and S-Network.

Back to the 70s as defaults could double
On a podcast published last week, we discussed how the wave of distressed opportunity had been pushed back by government support schemes – but that the wave could still wash ashore in 2022 or 2023. This is a view apparently supported by S&P Global Ratings, which has published a new report predicting a doubling of corporate loss-makers within two years (see here).

The report says companies have cushioned themselves against interest cost rises by pushing out debt maturities. But S&P’s stress test of more than 10,000 global corporates indicates that a twin shock of 1970s-style cost inflation together with the level of spreads seen in the global financial crisis could double potential defaulters to 12 percent by 2023.

“Although a near-term debt crisis is unlikely, our stress test found that an inflation spike and interest rate shock could see a sizeable jump in the number of borrowers facing credit stress or strain,” said Terry Chan, senior research fellow at S&P Global Ratings.

A green first for ICG
Describing it as “the first green loan for our senior debt programme”, by head of senior debt, David Mortimer, ICG Real Estate has completed an £86.8 million (€101.2 million; $120.8 million) senior loan secured by Reading International Business Park, a 400,000 sq ft office campus in the UK’s Thames Valley corridor. The property was acquired in December 2020 by EPISO 5, a fund advised by Tristan Capital Partners.

The transaction includes financial incentives for meeting defined sustainability targets at the property, including improvements to energy performance and enhancements to social infrastructure.

Highlights from the meeting include:

CRPTF has outlined its private credit target commitment pacing range for the 2022 fiscal year, with future commitments of between $950 million to $1.05 billion allocated to private credit vehicles. The pension’s current allocation to private debt stands at 0.7 percent of its full investment portfolio, which works out at just over $301 million in value.

CRPTF will reduce its regional exposure to North American private debt investments from its former target of 93 percent of total investments to 60-70 percent. This shiftwill create space for an increase in Western Europe and rest of the world investments from 6 percent to 20-30 percent and 1 percent to 5-10 percent, respectively.

CRPTF is intending to diversify its private debt strategy allocations by introducing a 40-50 percent target exposure to senior debt; alongside 10-20 percent to mezzanine debt and 10-20 percent to co-investments.

The pension has also considered a shift away from its fund-focused investment strategy towards a separately managed accounts-focused structure, which CRPTF believes will aid in enabling higher liquidity and increased transparency over the pension’s private debt capital commitments.

According to retirement board documents, the fund managed by Deerpath Capital Management consists of primarily first-lien term loans to smaller, corporate borrowers in the lower middle market. It is expected to hold its first close in July.

The $3.86 billion US public pension’s private credit pacing plan, presented by investment consultant RVK, requires an annual commitment of $40 million in order to meet its 3.67 percent target allocation by 2024.