“For anyone trying to buy something substantial in China, with a seller who isn’t straightforward, the thinking is don’t waste your time.”

The chief executive of a $10 billion PE firm in China tells the Financial Times that Blackstone’s recent scrapped property deal for property developer Soho China means there are deep reservations about the regulatory process in the country. 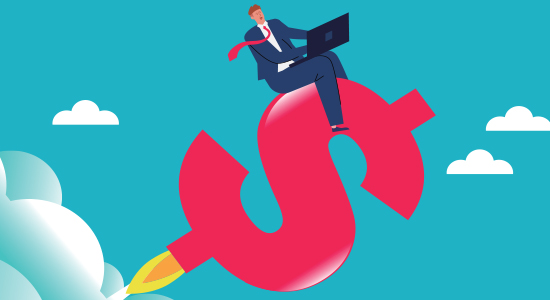 Tailwinds for credit, according to Investcorp
It’s a thumbs-up for global credit from fund manager Investcorp’s latest House View for the third quarter. “Among strong global growth in recent months and a supportive economic backdrop, we continue to remain optimistic about the future of global credit market performance through the end of the year,” says Jeremy Ghose, global head of Investcorp Credit Management.

Among the highlights of the report:

In separate news, Investcorp has announced a strategic partnership with Marblegate Asset Management, a US-based firm that invests in credit opportunities and special situations. The deal “provides Marblegate with long-term capital to strengthen its investment platform and continue to enhance its capabilities in middle-market debt” according to a statement. More on the announcement can be found here.

Asia GPs look closer to home for domiciles
There are various measures of the increasing maturity of private capital in Asia-Pacific, most of them focusing on the deals market and fundraising environment. But there’s another indicator which law firm Allen & Overy has identified in a new paper – namely, the tendency for funds to be domiciled within the region.

While Asian managers have traditionally looked to places such as the Cayman Islands and British Virgin Islands for domicile purposes, they are now increasingly comfortable with the likes of Hong Kong and Singapore thanks to the introduction of more pragmatic fund structures, attractive taxation and set-up incentives. See here for A&O’s full explanation of this development.

The investment is to enable a major expansion of the business, with USS also committing £75 million ($103 million; €88 million) as a cornerstone investor alongside Pluto’s sixth development lending vehicle, which is targeting a £300 million capital raise this autumn. The capital will be used to provide financing to SME developers delivering new housing in the UK.

Alvarez adds restructuring pro in Indonesia
Professional services firm Alvarez & Marsal has added to its restructuring and turnaround practice in Jakarta, Indonesia, with the appointment of Budi Mulyana as a senior director.

Mulyana was previously a senior adviser for five years at Orix Corporation, the Japanese financial services group. Prior to that, he was a director at private equity firm CVC Capital Partners in Hong Kong. A statement said he has “deep knowledge of debt markets, having worked across the entire debt life cycle from issuances to investments and restructurings”.

Jenny Fung joins as managing director of investor relations in New York having previously been at investment firm Taconic Capital; Tara Mulholland joins as head of business transformation from fund manager Cheyne Capital, where she was a partner; and Micaela Kelley moves from JNE Partners to become deputy chief operating officer.