“The next several years will present a compelling opportunity to partner with non-sponsor-owned companies in need of private debt solutions.” 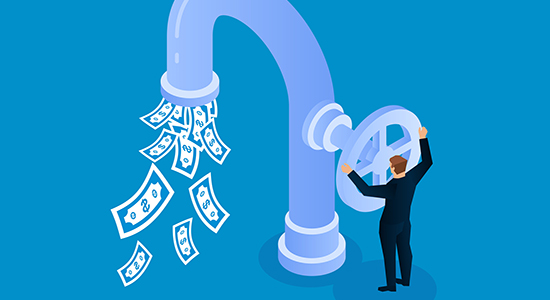 Based on the views of 108 alternatives investors, some of the key findings are as follows:

While the survey presents an overwhelmingly positive view, it did find that satisfaction with the asset class had fallen slightly (albeit to a still very high level of 84 percent). This fall was attributed to “mild concern over some of the newly raised distressed funds”.

The arrangement sees Aflac commit $2 billion to the launch of a new debt platform within Denham Sustainable Infrastructure, plus an additional $100 million to DSI’s next equity fund. Aflac also takes a 24.9 percent equity interest in DSI.

H1 fundraising holds up. Fundraising activity was down in the first half of 2021 compared to 2020, but only just. Given the difficulties of raising funds during the pandemic, which prevented fund managers and LPs from meeting, the pandemic’s effect on overall fundraising this year may be less than expected.

Ewing is joining Pemberton to support the firm’s international expansion in private debt and will be responsible for investor coverage, client servicing and consultant relations in the North American market.

He was formerly at Cross Ocean Partners, a credit and aviation asset manager, as co-head of marketing and investor relations, and prior to that with Chapdelaine Credit Partners, a diversified credit broker-dealer.

KKR notes ‘risks’ in credit
Global investment firm KKR believes there may be storm clouds brewing in the credit industry.

“If there is a potential Achilles’ heel of this market,” KKR writes in its new 2021 mid-year macro outlook report, “we think it is that credit conditions could deteriorate unexpectedly.”

The firm believes that even with money supply growing faster than GDP growth, it is happening at a time when there is small availability of income/yield for savers. The implied default rate on high yield is down to 1.7 percent, which as KKR points out is “more than one standard deviation below its long-term average”.

KKR notes though that “earnings will likely remain robust well into 2022”.

Kinetic teams with StepStone in student sector
Kinetic Capital, a specialist lender in the purpose-built student accommodation sector, has launched an investment programme with StepStone Real Estate – part of StepStone Group – to provide capital targeting at least £200 million (€233 million; $275 million) of PBSA loans across the UK and Ireland.

The programme marks Kinetic’s first capital raise since launching its fund last year with a £100 million initial commitment. The programme will focus on providing financing solutions to PBSA owners, developers and operators across key higher-education markets in the UK and Ireland, covering a range of deal sizes and loan types.