Gabrielle Joseph, head of due diligence and client development at Rede Partners, commenting on the latest Rede Liquidity Index, which finds private equity liquidity at its lowest on record 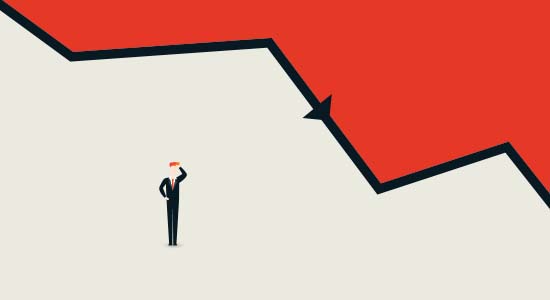 Study reveals investor unease
While private markets remain in favour, investors are not especially enamoured with the overall performance of their portfolios, according to the latest Global Asset Owner survey from consultancy bfinance.

The survey found that half of investors (56 percent) were very or quite satisfied with overall performance, compared with 82 percent in the summer of 2020. While 63 percent are satisfied with their active managers, there was frustration over the performance of emerging markets in particular, in relation to both equities and debt.

Half (52 percent) of investors told the survey they were planning to increase their exposure to private markets over the next 18 months, with 28 percent saying they would be cutting their exposure to equities. A modest swing in favour of fixed income was noted, driven by higher interest rates and de-risking.

A whopping 87 percent of respondents said they were concerned that inflation and rising rates would impair their ability to achieve investment objectives. Despite this, only 43 percent had recently made, or were about to make, changes to counter inflationary effects.

Strong European unitranche market but slowdown expected
In spite of the growing economic headwinds, a new survey finds European unitranche transactions proving resilient. According to the Q3 2022 version of Houlihan Lokey’s MidCap Monitor, there were 129 pan-European unitranche deals in the third quarter, down 4 percent on the 135 recorded in the second quarter but ahead of the 109 completed in the first quarter.

Despite its own significant economic issues, the UK remained the leading unitranche market in Q3 with 44 deals, followed by France (29), Benelux (25, 19 of which were in the Netherlands) and Germany (17). The German market saw a 26 percent decline in the quarter, impacted by energy and raw material costs and supply chain issues.

The survey noted that financings in support of leveraged buyouts dominated the market in Q3 as add-on acquisitions – of which there were 41 in total – became increasingly popular. The software, technology and healthcare sectors remained attractive “for all forms of financing purposes”.

The outlook for Q4 does not appear to be as positive. “In the short term, the UK and European markets are likely to be more challenging, at least until the end of the year due to economic headwinds and uncertainty in the M&A market,” said Norbert Schmitz, managing director in Houlihan Lokey’s Capital Markets Group. “We would expect dealflow to slow down in Q4 2022 compared to the previous quarter.”

Blackstone’s BDC sees rise in net investment income
Business development company Blackstone Secured Lending (BXSL) said its net investment income rose 29 percent to $132 million in the third quarter from Q2. It raised its dividend by 13 percent in September, to 80 cents a share. That resulted in an 11 percent dividend yield over the past year, based on net asset value, from a portfolio of predominantly first-lien senior secured loans. Net asset value was $4.2 billion at the end of the quarter.

Brad Marshall, chief executive officer of BXSL, said: “We are experiencing a significant increase in our earnings power from higher rates, which is benefiting our portfolio yields.”

The largest allocations in the BXSL portfolio, by industry, are software (15 percent), healthcare providers and services (12 percent), professional services (8 percent) and insurance (8 percent).

Net investment income for Q3 was $32.5 million. This is a year-over-year increase of $2.2 million.

NMFC also discussed its colour-coded risk rating system. Based on operating performance and underlying business characteristics, some companies are deemed green – performing above or in line with expectations. Others are red – performing materially below expectations. The other colours/tiers are yellow (second best) and orange (second worst).

Given these codes, the company reports that, as of the end of Q3, only three of its companies were “red”, representing just 0.9 percent of the portfolio by fair value. Most of its portfolio (93 percent by fair value) consists of the companies it rates green.

In broad terms, NMFC is pursuing what it calls a “defensive growth” strategy, which it believes, in the words of a spokesperson, have left it “well positioned for future growth and strong risk-adjusted returns”.

Subramanian joins from Bayview Asset Management, a global multi-strategy asset manager, where he was responsible for the firm’s private equity mandate and special opportunities.

Before Bayview, Subramanian was a partner at Capital Z Partners for more than 12 years, where he completed 11 PE transactions as well as multiple bolt-on M&A deals, financings and organic business expansion initiatives.

“Bharath’s experience, relationships and investing skills are a strong addition to our existing capital solutions capabilities,” said Atalaya’s co-head of specialty finance, David Aldi, in a statement. Subramanian will be working with the existing investment team on a wide range of structured capital solutions.

Atalaya, based in New York, was founded in 2006. This spring it hired Nathan Romano as its new president, and this summer brought on board the investment team of Elm Park.

CPP Investments has announced its first commitment to an infrastructure debt vehicle in more than a decade, according to a press release from the Canadian pension.

The C$529 billion pension has confirmed a commitment of 18.5 billion rupees ($230 million; €218 billion) to the first close of the Kotak Infrastructure Investment Fund (KIIF).

According to Private Debt Investor data, the pension has not put capital into infrastructure debt since before 2008. KIIF is being raised by Kotak Investment Advisors, and will provide senior and secured financing to operating infrastructure projects in India across transportation, power, water, digital infrastructure and other infrastructure-related sectors.

The fund also maintains an established ESG policy. As per this policy, the fund manager qualifies and quantifies the ESG risks and impacts of potential investees against the applicable ESG regulatory requirements in their jurisdiction of operation and good international industry practices, and defines measures to align their performance with the same metrics.

Prior to CPP’s backing, the fund also received a $100 million commitment from the Asian Infrastructure Investment Bank in September 2022.