“An overwhelming majority of insurers view climate risk as investment risk, and are positioning portfolios to mitigate the risks and capitalize on the transformational opportunities presented by the transition to a net-zero economy.”

Charles Hatami, global head of the financial institutions group and financial markets advisory at BlackRock, in a press release 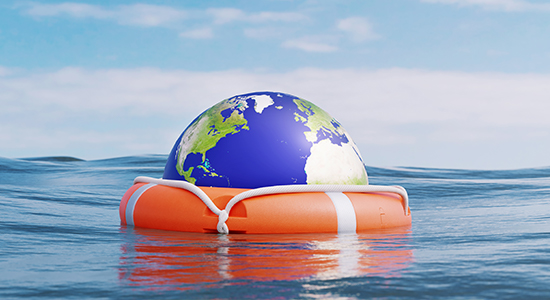 There were those who thought environmental, social and governance issues might take a backseat as a result of the pandemic as priorities shifted. Everything that’s happened since suggests such an assumption could not have been further from the truth.

A new survey from EY Assurance reinforces this, with the finding that 90 percent of investors say they place greater importance on companies’ ESG performance when making investment decisions now than before the pandemic. Among the survey’s other key findings:

Of course, it’s not just investors but fund managers that also have ESG issue firmly in their sights. KKR has published its first Climate Action Report, which details how it has sought to align itself with the recommendations of the Task Force on Climate-Related Financial Disclosures.

The £219 million ($294 million; €261 million) Starz Mortgage Securities 2021-1, issued by Credit Suisse, is backed by a portfolio of nine commercial mortgage loans originated by Starz and is secured by 17 properties in the UK and the rest of Europe.

“It was always a matter of time until we would start seeing CRE CLOs in Europe,” said Iain Balkwill, a structured finance partner at law firm Reed Smith, which advised Starz.

“Starz have truly taken up the mantle by unlocking this market and if the United States is anything to go by, then there is absolutely no reason why we will not witness a wave of CRE CLOs in the upcoming years.”

Lending soars in the US commercial mortgage market

The US commercial mortgage market is entering an expansion phase with lending activity surging in the third quarter, according to real estate investment company CBRE.

According to its Q3 2021 US Lending Figures report, CBRE’s lending momentum index jumped 31.6 percent since the second quarter, closing at a value of 376, up 135 percent since its most recent low of 160 in September 2020.

Looking back at pre-pandemic lending activity, CBRE’s lending momentum index is now 29.1 percent above its close in February 2020.

The lending momentum index follows loans originated or brokered by CBRE Capital Markets and holds a base value of 100, indicating average activity for 2005.

Alternative lenders, which include debt funds and mortgage REITs, were the most active lending group in the third quarter, says CBRE, leading the volume of non-agency loan closings with 39 percent. The other groups tracked were banks, with 23.1 percent, life companies, with 20.2 percent, and CMBS, with 17.6 percent.

CBRE also noted investment volume shot up to $176.9 billion in the third quarter, the highest quarterly total since 2005, according to its Q3 2021 US Capital Markets Figures report. The volume last quarter rose 151.4 percent from the like quarter in 2020. It exceeded by 30.1 percent the third quarter average from 2015-19.

Germany breaks new records. Senior and unitranche mid-market deal activity in Germany has seen a strong recovery in 2021 so far and is on course to break new records. Research from investment bank GCA Altium found there were 102 deals completed in the first three quarters of the year, only slightly below the record whole-year total of 103 seen in 2017. Debt funds are also steadily increasing market share and now dominate German mid-market financing with 63 deals compared with 39 deals completed by banks.

The facility is one of the first sustainability-linked deals in Kenya, and one of the largest syndicated sustainable finance deals in the region to be provided in local currency. The transaction will allow Greenlight Planet to expand access to off-grid solar solutions to off-grid communities throughout Kenya and support its ambitions to reach an additional 10 million households globally in the next five years by enabling households to afford “pay-as-you-go” solar home systems through digital financing.

Alternative financial solutions provider Crestbridge has hired Marta Ciemiega as its US business development director, according to a news release. She will work with Crestbridge’s leadership team, prospective clients and client-facing teams to focus on growth in the US.

Ciemiega joins the company with more than 17 years of experience in financial services, including private credit. Most recently she worked at Sanne Group, where she was responsible for the design and execution of its North American business strategy. She has also held senior roles at RBC Investor & Treasury Services, Bloomberg, Fitch Solutions and Standard & Poor’s.

Crestbridge provides services across the lifecycle of private debt funds. It holds more than $130 billion in assets under administration since forming in 1998.

Alter Domus has announced it will partner with Canoe Intelligence, which specialises in alternative investment data, according to a news release.

The strategic partnership between Alter Domus and Canoe will provide clients with alternative data management solutions through automated technology and data accuracy, it said in the release.

With the partnership, Alter Domus plans to bring scale to its existing alternative data management and asset servicing business to its 1,700 clients across the world. With Canoe’s automated technology, Alter Domus’s alternative investment business will be significantly streamlined, it said.

Employees Retirement System of Texas has approved $150 million to VWH Partners III and $117 million to All Seas Capital I, a contact at the pension informed Private Debt Investor.

The $34 billion pension currently has a target allocation of 1 percent to private debt; its current allocation to the asset class is 0.6 percent. ERS Texas’s recent fund commitments have predominantly targeted North American and European corporate and real estate debt vehicles.