“Central bankers have been much more focused on inflation recently – and rightly so. But they have to thread that needle of tightening without undermining demand too significantly.” 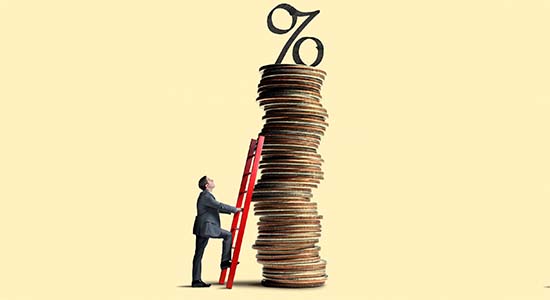 What’s on the minds of LPs
So what are limited partners really thinking? Multiple answers to that question may be found in the upcoming July/August issue of Private Debt Investor, where we devote a section of the magazine to coverage of our Fund Leaders’ Survey 2022. Here’s a sneak preview of a few of our findings:

Inflation fears: Almost two-thirds of survey respondents identified inflation as the economic or political factor that will have the biggest impact on private markets over the next 12 months, compared with just 27 percent a year ago. The associated rise in interest rates was the next most commonly cited concern, followed by stock market volatility. Quantitative tightening is a distant memory for the majority of private markets participants, and CFOs are digging out their old tool kits.

Pricing power: Talent management is still seen as the most powerful operational lever at a portfolio company level. Retaining staff has become an absolute priority in the face of an incredibly tight labour market. Meanwhile, inflation means pricing strategies have also become increasingly important, as firms dig deep into data to ensure they know how much of their rising costs they can pass onto customers and where breaking points lie.

ESG divide: The overwhelming majority of respondents continue to believe that a stronger ESG vision and culture will create value in their business – there are no signs that economic challenges will see ESG ambitions falter. However, clear distinctions remain around the globe. While 58 percent of European private funds leaders and 56 percent of Asian private fund leaders exhibit strong belief in the business benefits of ESG, this plunges to 22 percent for North America.

Rubenstein’s rules for fund due diligence
Fund managers should care more about investors than themselves. This is one thing David Rubenstein ponders when he’s considering making a fund commitment.

Rubenstein, co-founder and non-executive chairman of Carlyle Group, was speaking at a recent event in Zurich (see here) where he furnished attendees with his 10-step guide to due diligence. Track record, skin in the game, ethical behaviour – all, unsurprisingly cited as crucial factors.

Most important, said Rubenstein, was the need for GPs to put their investors front and centre. He cited the practical need for timely information, but also stressed the need for a “fiduciary mindset” that prioritised the needs of LPs at all times.

Reporting to Linda Cunningham, the organisation’s head of debt and alternatives, Moal will have responsibility for day-to-day portfolio management and credit oversight for the internal direct debt strategy.

She will also have oversight of the external managers in the illiquid credit space and the counterparty credit work undertaken on the financial institutions Cbus has exposure to through its trading activities.

Moal joins from Perpetual, the Australian financial services company, where she spent eight years, most recently as head of corporate high yield. She previously worked in Sydney and London with Deutsche Bank and other international banks.

Cbus has a $73.5 billion fund, with the debt portfolio worth over $1 billion.

The fund is aiming to reach its final target of £75 million (£100 million hard-cap) by June of next year, with further interim closes planned for this year.

The fund invests in senior secured loans with equity warrants to venture capital-backed businesses in the B2B SaaS and fintech sectors in the UK. It targets borrowers with at least £2 million of annual recurring revenues that are struggling to secure long-term financing from traditional lenders.

The firm’s loan capital will seek to support sales growth through increased expenditure on marketing activities, with typical loan sizes ranging between £2 million and £6 million per borrower with maturities of up to five years.

Hedley joins from Goldman Sachs Asset Management where she led the ESG client strategy group in London and spearheaded the firm’s client-facing and commercial ESG efforts across the EMEA region.

She joined Goldman Sachs in 2007 as an analyst and went on to work in London and New York in the Alternative Investments & Manager Selection group, which provides clients with portfolio solutions and advisory services.

District of Columbia Retirement Board has confirmed a $100 million commitment to Fortress Lending Fund III according to minutes from the pension’s May 2022 board meeting.

This is a first-time commitment between DCRB and Fortress Investment Group.