“I have kept everything hedged for the last few years. I think there very well could be a recession or even worse, and the market can be in for a rough landing” 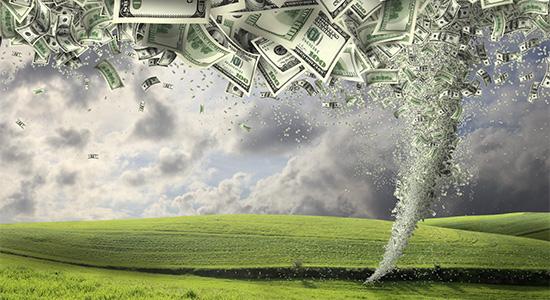 KKR identifies changes wrought by conflict
Inflation protection, short duration, opportunistic investing and complexity: these are the areas for investors to migrate to according to KKR’s State of Play global macro report.

The report is authored by Henry McVey, chief investment officer of the firm’s balance sheet and head of global macro and asset allocation, and examines how the war in Ukraine is bringing about “a new regime for capital allocation”.

As well as shortening duration, the report recommends leaning into collateral-based cashflows and overweighting opportunistic vehicles across liquid and private markets. Private equity “with high cashflow conversion characteristics” is also expected to do well.

KKR has lowered its 2022 global growth GDP forecasts, with growth set to “slow materially” by the end of this year, though a recession is not expected by the firm. It also believes inflation will prove “stickier” than the forecasts of central bankers.

One of the trends highlighted by KKR is increasing regionalisation – including when it comes to supply chains – and the partial reverse of globalisation. Another is the redefinition (and expansion) of security to include such things as data, payments, communications and healthcare.

The durability of dealflow in a crisis
Private debt dealflow typically picks up following market shocks. This is one of the findings as Deloitte takes a look back over 10 years of its Alternative Lender Deal Tracker survey.

The most recent example was last year when, following the worst of the covid pandemic, deals increased by 89 percent year over year. It was not, however, the only example. The year following the Brexit referendum in 2016, deals increased by 37.5 percent. Indeed, Deloitte also points out that the asset class’s most significant growth occurred after the global financial crisis in 2008-09.

“With geopolitical uncertainty unfolding by the minute, there is a question to be raised as to whether deal volumes will continue to react in such a way,” Deloitte says.

Among other key findings, Deloitte notes that the banks have found a way to fight back for market share lost to private debt through innovative joint ventures. “As a result, they are able to compete head on with private debt funds where previously they may have competed with a lower levered, but more price advantageous solution”.

Leucadia buys stake in Hildene
Leucadia Asset Management is purchasing a stake in distressed debt manager Hildene Capital Management and helping to seed some Hildene vehicles and businesses, Hildene said in a news release. Terms weren’t disclosed, but the investment is a non-controlling financial interest.

Hildene, which was launched in 2008, manages more than $12 billion of assets. Leucadia, a division of Jefferies Financial Group, had $37 billion of assets under management as of 30 November 2021.

CVC Credit prices $508m CLO fund
CVC Credit said it priced Apidos XXXIX, a collateralised loan obligation fund totalling $508 million, at “the tight end of the market”, per a news release. The latest fund, which was CVC’s first new issue to price this year, will increase CVC’s assets under management to more than $30 billion (€26 billion).

The transaction, arranged by Societe Generale, was structured with a five-year reinvestment period and, as with other Apidos funds, is composed mainly of broadly syndicated first lien senior secured loans. According to the release, 2021 was a record year for CVC, with seven new CLOs raised and a total of 26 transactions, including resets and refinancings, completed.

Keaveney joined Capstone in 2014 and is responsible for distribution and client origination in the Northeastern and Eastern US. On joining Capstone, he opened the New York office and has expanded the firm’s sponsor and LP relationships throughout the Northeast.

Walters was hired by Capstone in 2008 and is responsible for distribution and client origination in the Midwestern US. In 14 years with Capstone, the firm said he has originated some of the firm’s most important client relationships and remains integral to GP and LP coverage.

Benefit Street Partners is managing both funds; according to the SEC filings, it is understood that both the distressed credit vehicles were launched last year. The target sizes are yet to be disclosed by the fund manager.