“This latest oversubscribed fund is further validation of our investors’ confidence in our team.” 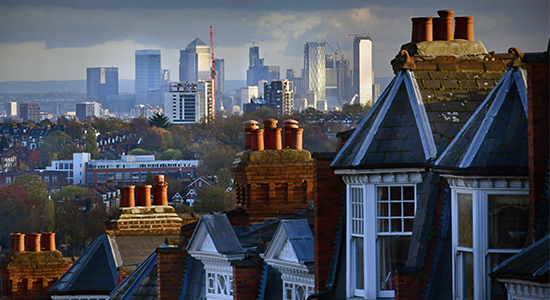 Fourth time around for LaSalle
US-headquartered LaSalle Investment Management was one of the first non-banks to enter Europe’s real estate lending market after the global financial crisis. Now it has closed the fourth vehicle in its flagship high-yield lending fund series, report our colleagues on Real Estate Capital Europe. LaSalle Real Estate Debt Strategies IV closed on €1.1 billion including sidecar commitments – above the €1 billion target it had set in 2019.

LREDS IV, which has an 8-11 percent return target, is the largest in the series and provides LaSalle with substantial dry powder as Europe’s real estate markets recover from the shock of covid. Speaking to Real Estate Capital Europe in October 2020, following the €435 million first close of LREDS IV, Amy Klein Aznar, then head of the firm’s debt and special situations business, now executive chair of debt and value-add strategies, said there was a feeling among investors that this will be a good vintage for real estate debt.

ESG in loans: are you asking the right questions?
In a short space of time, leveraged loans featuring margin ratchets and other ways of encouraging responsible behaviour around environmental, social and governance issues have proliferated. But because this is a new area, for investors it can be very confusing.

The European Leveraged Finance Association is seeking to shed some light with a new questionnaire that investors can use to encourage far-reaching discussions between investors and borrowers and, in the process, address the risk of potential greenwashing. More details may be found here.

Last call for awards submissions
As we look to make this year’s awards our biggest and best yet, you have just one day left to send us your highlights of the past 12 months. Sneak your last-minute submissions in here before the Friday 19 November deadline. There are more than 50 categories to choose from.

PennantPark CLO III has a three-year reinvestment period and an 11-year final maturity, with debt scheduled to mature in October 2032.

The majority of the debt was structured as A-1 notes, accounting for $171 million, with A-2, B, C, D, E and preferred shares part of the CLO as well. Credit Suisse was the sole placement agent in the transaction.

“This transaction reinforces PennantPark’s commitment to the growth of our CLO platform, and our ability to access attractive, long-term financing well matched to the lower-risk nature of the underlying assets we originate,” Arthur Penn, chief executive officer at PennantPark, said in a news release.

PennantPark, which was formed in 2007, specialises in mid-market credit and has $5.2 billion of assets under management.

Patel will be responsible for finding investment opportunities in the technology sector and providing entrepreneurs, companies and financial sponsors with flexible solutions offered by Blackstone.

“Viral is a world-class technology investor and will play a key leadership role on our team as we increasingly seek to support technology companies and their sponsors through private credit,” Dwight Scott, global head of Blackstone Credit, said.

Patel has worked at Blackstone for nearly two decades, previously as an investment professional in the manager’s tactical opportunities group; having also played a key role in Blackstone’s growth investment group. He has been involved in many of the manager’s technology investments such as Cloudreach, Cylance, Blue Yonder and FireEye.

Toppen takes over the role of CFO from Page. He joins with 28 years’ experience in financial services, M&A, strategy and asset management globally. Prior to MV Credit, he worked at Robeco for over 25 years, most recently as chief financial and risk officer covering the US, Europe and Asia.

Page joined MV Credit in 2000 and has worked in the business since inception. As CFO she oversaw significant growth for the business as it built out its investor base and product set. Prior to joining MV Credit, she worked for the Foreign Commonwealth Office in the economic and compliance departments in Germany and the UK.

The bond was priced by its European logistics fund AXA Logistics Europe Master and was four times oversubscribed.

The green notes were placed across a range of 136 European and international investors and have been assigned an A- rating by Fitch. The notes are issued across two tranches, a €500 million tranche with a five-year maturity and a €300 million tranche with an eight-year maturity. The green notes pay a coupon of 0.375 percent and 0.875 percent, respectively.

The bond was issued using AXA Logistics Europe’s green finance framework, which is approved by Sustainalytics, a specialist in ESG research and ratings. AXA said the green bond aligned with its ambition to affect positive change in society through investments. Earlier this year, AXA Core Europe issued two green bonds.

Texas County & District Retirement System has approved $650 million-worth of commitments across four debt vehicles, according to the pension’s recent investment activity published on its website.

TCDRS has a private debt target allocation of 29 percent, which stands at 24 percent. Earlier this year, Private Debt Investor reported on the pension fund’s revised investment policy for the asset class.