“At some point, China has to recognise that they need to step up to actually take that kind of leap, providing the platform for all creditors to be able to discuss… how this restructuring is going to be real”

Indonesian finance minister Sri Mulyani Indrawati, in an interview with Reuters, discussing the need for China, as the world’s dominant creditor, to take the lead in addressing the debt problem faced by low-income and emerging market countries 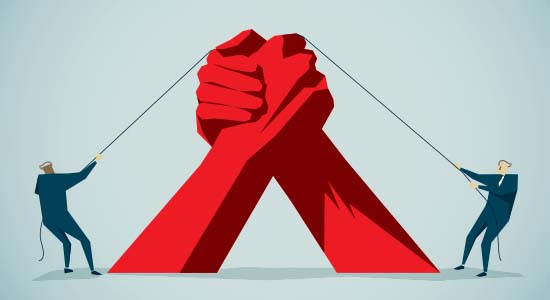 The start of the lender fightback?
The trend in deal documentation had only been one way – in favour of borrowers and against lenders. However, law firm Proskauer’s latest Private Credit Insights Report indicates that in 2021 the tide may have started to turn.

“In some cases, terms became more borrower favourable, but in other cases, including dividends and other restricted payments, collateral leakage and other lender protections, the terms became much more lender favourable,” said Stephen Boyko, co-head of Proskauer’s private credit group. Market observers will be watching with keen interest to see whether this trend continues through 2022.

Despite a challenging year for markets in general, private credit partner Ben Davis said the private debt market remained “resilient and highly competitive”, with leverage and pricing levels remaining stable despite the M&A boom last year, which resulted in Proskauer observing an 85 percent increase in closed deals over 2020 and a 74 percent increase over 2019.

The report found that the average size of debt in European deals was €220 million in 2021, with average leverage at 5.1x. This represented a stable amount of leverage compared with the previous year, and was slightly lower than the US figure of 5.2x (which was also stable compared with 2020).

The average equity contribution in US deals declined from 45 percent to 43 percent last year, while in Europe it stayed the same at 47 percent. Software and technology was the leading sector in Europe, accounting for 24 percent of deals, while the US saw business services replace healthcare in the top spot with a market share of 18 percent.

LIBOR’s laborious transition
We may have grown accustomed to thinking of LIBOR as having been phased out, but a new report (member log-in required) from the Asia Pacific Loan Market Association makes clear how far that assumption is from the reality.

“It is clear that the transition remains a major issue for both new and legacy loans in Asia-Pacific,” said Andrew Ferguson, chief executive officer of the APLMA.

The report also highlighted a marked divergence of opinion regarding the way new risk-free rates should be calculated. While almost half of those surveyed (47.8 percent) said they preferred term SOFR, more than 33 percent said their preferred option was SOFR compounded in arrears.

This finding reveals how some institutions in Asia-Pacific take their lead from developments in the US – where term SOFR is the standard approach – while others look to Europe, where compounding methodologies are favoured.

The firm said that the latest capital commitments had come from a large German insurance company and a mix of international investors that came through Edmond de Rothschild Private Bank.

The fund provides whole loans and mezzanine loans secured against real estate collateral in Western Europe. It was launched in November 2020 and has so far invested in four transactions with total debt commitments of €145 million. The target internal rate of return is around 8 percent net including a coupon of 4 percent to 5 percent per annum paid out quarterly.

BWAM expands into US
The UK-based Black Women in Asset Management, a non-profit association, has launched in the US with sponsorship from fund managers Ares Management and BlackRock and law firm Goodwin.

Established in the UK in 2019, BWAM supports the retention and advancement of Black women working in asset management and hosts events on career management and leadership skills, as well as providing networking opportunities.

According to a study commissioned by the Knight Foundation, only 1.4 percent of $82.24 trillion in assets under management are entrusted by investors to firms owned by women and/or people of colour.

The unit aims to commit a total of $200 million to two managers. Eligible GPs should manage a fund of at least $500 million in size, with a minimum of 80 percent of investment in either senior or junior loans, focused on developed countries in North America, Europe and Oceania. They should also have managed more than $10 billion in AUM in infrastructure funds.

The submission deadline is 2 May, 2022, with a decision to be put forward to the investment committee in June.