“Akin to a Hitchcock plot, we do not know with certainty what the future holds as we look to manage life with virus variants and an increasing role of big government.”

Taken from Dial M for Market, KKR‘s credit market review for the second quarter of 2021, authored by Chris Sheldon, the firm’s partner and head of leveraged credit. 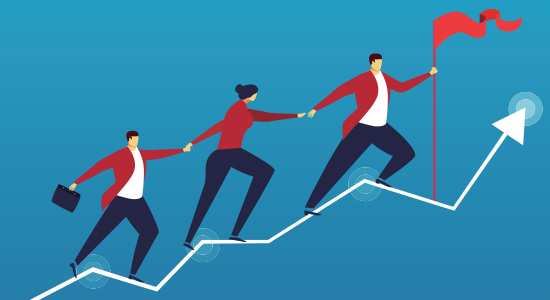 Leverage the same, but companies stronger

While some observers of the private debt market express concerns about overleverage, this is not borne out by the findings of a new white paper from Neuberger Berman. It suggests that, in the first half of this year, leverage was around 4.5-4.75 times EBITDA for mid-market first-lien senior secured loans and 6.0-7.0 times EBITDA for unitranche. This level of leverage, the firm says, does not differ materially from that seen in late 2019 or early 2020.

What has changed, the white paper indicates, is the quality of companies receiving financing. In the 12 months to April 2021, nearly half (48 percent) of private equity-sponsored deals were in the buoyant information technology and healthcare sectors. During the first six months of this year, 65 percent of private equity-backed companies were predicting annual revenue growth of 10 percent or more, compared with just 26 percent six years ago.

Furthermore, according to a Pitchbook study referenced by Neuberger Berman, the median enterprise value to EBITDA ratio for US buyouts went from 10.5 times in 2015 to 13.2 times by the fourth quarter of last year. Combined with subdued leverage, this has resulted in the lowest loan-to-value ratios seen for many years.

Well worth a read is a new 20-year study of US state pension performance from Cliffwater, the research and investment due diligence firm. Overall, the study was downbeat on returns, with poor performance in the first decade (2001-10) failing to compensate for a better second decade (2011-20), with a 2 percent performance deficit compared with actuarial rates over the 20-year period.

Among some of the other key findings, diversification hurt performance more than it helped control risk; return was not correlated with risk taking; and the difference between first and fourth quartile performance was worth $167 million in any year for an average size fund. There was good news for alternative assets, with private equity and real estate in particular benefitting performance.

Increasing average. The size of the average private debt funds has shot up in the first half of 2021 as a relatively low number of vehicles from large managers take the lion’s share of capital. With numerous multibillion dollar debt funds closed so far this year, the average size sits just below $1 billion. The covid-19 pandemic is thought to be leading more LPs to commit capital to large managers they know well.

Big plans down under

AustralianSuper, the Australian retirement savings organisation, has announced plans to triple its investments in private debt to more than A$15 billion ($11 billion; €9 billion) over the next three years. The plan was announced by Nick Ward, who was recently promoted to manage AustralianSuper’s global amalgamated private credit exposures across the fund’s direct and indirect strategies.

Secondaries on the up

Private debt secondaries shot up in value to $1.06 billion in the first half of this year, compared with $380 million in the first half of 2020, according to investment bank Setter Capital’s Volume Report H1 2021. This represented an increase of 177.3 percent. Growth in the overall secondaries market was only slightly lower at 171.7 percent over the period, with private equity secondaries growing by 198 percent year-over-year.

London-based credit manager AlbaCore Capital Group has announced the reset of its AlbaCore Euro CLO I in a €403.7 million transaction, bringing the firm’s issuance of European collateralised loan obligations to more than €1 billion since June 2020. The CLO was first issued in a €232.65 million deal in June 2020 with environmental, social and governance eligibility criteria in the documentation.