“The overall picture is that Asia-Pacific is the sweet spot for private debt. It has the best risk-adjusted return because documentation has not deteriorated, which it has in the US and Europe.”

Bev Durston, founder and managing director of Edgehaven, an alternative asset investment advisory firm based in Sydney and London, quoted in our latest cover story on deal documentation (see here). 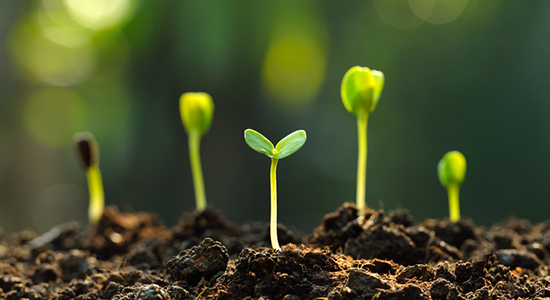 LPs’ vote of confidence in emerging managers
Remote due diligence – good or bad for emerging managers? The debate rages on. In an edition of Loan Note last week, we referred to a new due diligence product launched by Boston-based investment auditor Emerging Markets Alternatives, which aims to offer a more sophisticated pitch from niche GPs to LPs. The implication was that standard video calls often don’t provide LPs with sufficient confidence to back propositions they are not already comfortable with.

However, a new survey from law firm Seward & Kissel appears to suggest something rather different. It asked a wide range of investors how their allocations would change this year and found a very high level of support for alternative assets generally, with 42 percent looking to increase their allocation to at least one alternatives strategy, 54 percent looking to maintain their alternatives allocations and just 4 percent planning a decrease. Private debt was in the top four most popular strategies with LPs along with private equity, venture capital and equity hedge.

When it comes to emerging managers (which the survey defined as having been founded less than two years ago), at least 50 percent of each type of investor said they had an allocation to such managers. Nearly half of LPs said they expected their average allocation to emerging managers to be more than $25 million. Not much sign here that operating remotely has deterred investors from considering niche offerings.

“The expressed interest in emerging managers appears to signal that the world has changed significantly since the pandemic, in terms of alternative investment marketing,” said Steve Nadel, a partner in the Seward & Kissel investment management group and lead author of the survey. “It is now much easier for newer managers to somewhat level the playing field by getting their message out through Zoom and other video conferencing tools. And, more importantly, many allocators appear to be getting comfortable with this form of communication.”

European deals boom, but is it temporary?
From slump to boom, 2020 had it all. The latest Deloitte Alternative Lender Deal Tracker – see our reporting here – reveals that the final few months of last year set a new fourth-quarter record for European mid-market private debt deal volume, with 155 deals completed (see also our chart below).

But will the pick-up be sustained? Not necessarily. The survey cautions that the fourth quarter may simply have reflected pent-up demand as many deals were shelved in the preceding two quarters. The second quarter saw just 52 transactions make it to the finishing line, represented the slowest period of activity since the second quarter of 2014, according to Deloitte.

Defaults up, but not dramatically
Recessions normally lead to an increase in corporate defaults and the economic woe arising from last year’s pandemic and subsequent lockdowns was no exception. However, S&P Global Ratings has found that the pick-up in defaults this time was lower than is typically seen in periods of strife (report subject to paywall).

Nearly all the downgrades and defaults were in the lowest rating categories, with all but 12 out of 198 defaults rated ‘B’ or lower. More than half (57 percent) were in the ‘CCC’ or ‘C’ category. The two worst affected sectors were consumer services and energy/natural resources, accounting for 122 defaults between them.

A record-breaking quarter. The latest figures on European mid-market deals by private debt lenders collated by Deloitte found that in Q4 2020 there was a startling rebound in transactions following the covid-19 pandemic. While deal volumes collapsed in Q2, the market’s recovery has been rapid with Q4 2020 being the most active fourth quarter on record and just shy of the all-time quarterly record seen in Q3 2019.

FMO backs India’s Northern Arc
Indian digital debt platform Northern Arc has raised $25 million in debt financing from Dutch impact investor FMO. In the past 12 months, Northern Arc has also been backed by the US International Development Finance Corporation, the Asian Development Bank and US-based Calvert Impact Capital. The firm provides finance to micro-loan borrowers and SMEs in India, many of which have been severely hit by the pandemic.

Golub makes diversity commitment
US manager Golub Capital has signed up to the Institutional Limited Partners Association’s Diversity in Action initiative. Signatories agree to undertake a series of actions to promote diversity and inclusion, as defined in the Diversity in Action framework. Efforts span talent management, investment management and industry engagement.

Highlights from NJDOI’s March 2021 retirement board meeting include:

Texas County and District Retirement System has agreed to commit $100 million to Taconic European Credit Dislocation Fund III, according to a recent investment activity report on the pension’s website.

The $35.7 billion pension fund has a private debt target allocation of 29 percent, which currently stands at 24.2 percent.