“As banks must contend with tighter regulations and lending practices, private debt might be more important than ever for LP portfolios and especially for private companies.”

From a new white paper by research firm CEPRES looking at trends in private debt allocation. The white paper can be downloaded here. 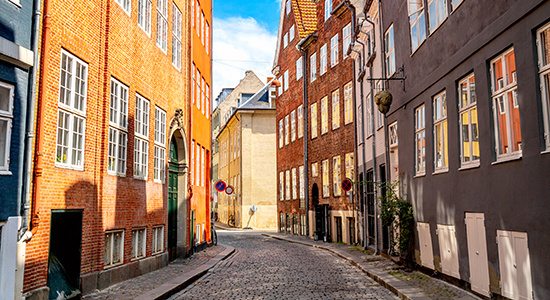 Denmark has had a good crisis. As far back as late May, it was easing restrictions on movement and opening up its economy at a brisk rate having imposed a strict and seemingly successful lockdown before many other European countries. Denmark’s finance ministry has predicted GDP shrinkage of 5.3 percent in 2020, compared with 7.4 percent for the European Union.

These more promising economic conditions are also true of the wider Nordic region and were cited by Copenhagen-based manager Capital Four as reasons why LPs were keen to get behind its latest direct lending fundraising – see here. Supportive governments and the merits of geographic diversification were also mentioned as reasons why the firm has already collected more than €500 million at first close. Its previous fund raised €340 million at final close.

Mads Skaaning, head of fixed income at Danish pension PKA, spoke of how the Capital Four fund would help it to raise its exposure to Nordic direct lending. Growing numbers of LPs appear to share this aspiration.

Half-year results from Apax Global Alpha – a €1 billion listed vehicle that invests in Apax Partners funds – were published earlier this week. Some points of note from the “derived debt” portfolio, as covered in a webcast (requires registration):

Only three new investments were made despite the vehicle recognising that high quality credit investment opportunities were arising as a result of dislocation. At a time of uncertainty, it chose to preserve liquidity in the fund.

Risk appetite was lower as the vehicle moved more capital from second lien to first lien, with the latter now accounting for 33 percent of the portfolio. Technology and telco services exposure equates to 78 percent of the portfolio as these are businesses considered to be less severely impacted by the covid-19 crisis with strong cashflow profiles and/or recurring revenues.

A small negative return was made during the reporting period but the vehicle said this represented better performance than relevant indices and that the portfolio was well positioned. On five full exits during the period, it delivered a gross internal rate of return of 14.2 percent.

In a developing trend of alternative asset managers linking arms with big insurance outfits, Bloomberg reports Sun Life Financial is reportedly in “advanced talks” to acquire Crescent Capital Group, a $28 billion US private credit manager that is one of the largest providers of mezzanine debt.

Sun Life has telegraphed its interest in boosting its private credit offerings, most recently on its earnings call early this month. A deal, which hasn’t been finalised and could yet fall through, could be announced as soon as this month. A spokesman for Crescent Capital declined to comment; Sun Life, which has more than $1.12 trillion of assets under management, also declined comment.

Where the money’s going. BlackRock has produced a “hypothetical, unconstrained, US dollar-denominated portfolio built using our portfolio construction approach and capital market assumptions” based on what it believes are likely asset allocation splits given current market conditions. Compared with March, it can be seen that the relative attractions of investment grade credit and inflation-linked bonds have more or less reversed.

In the UK, company voluntary arrangements are increasingly being used as part of restructuring processes. Moreover, they’re not without controversy. British Property Federation chief executive Melanie Leech said in a statement that retailer New Look’s is using its proposed CVA “to permanently re-write its leases, this proposal is not about a time-limited rescue plan. Property owners are increasingly supporting turnover-based rent models underpinned by collaboration and transparency, but CVAs should not become a mechanism to enforce this”.

In an article for PDI – see here – Jatinder Bains of law firm Macfarlanes delves into the pros and cons of the CVA.

Connecticut Retirement Plans and Trust Funds is looking to add to its roster of private credit managers, according to materials from the pension’s August 2020 investment advisory committee meeting. One potential manager under consideration is Fortress Investment Group, which is offering an SMA-structured partnership. Connecticut recently agreed a similar partnership with Goldman Sachs following a consideration outlined at Connecticut’s July investment meeting.

Institution: Montana Board of Investments
Headquarters: Helena, US
AUM: $21.52bn
Allocation to alternatives: 14.9%

Montana Board of Investments has committed $260 million across three private debt vehicles, according to agenda documents from its August 2020 investment board meeting.