“We believe the scale of our platform, flexible capital base and strength in underwriting will allow us to source and execute on opportunities unavailable to many other industry participants.” 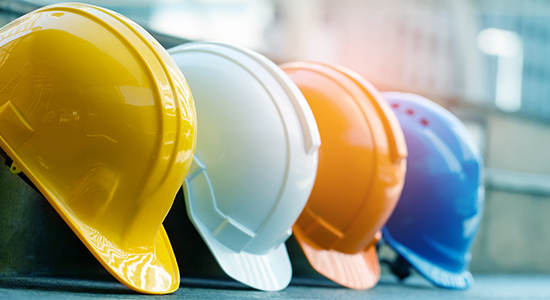 Senior debt bucks the trend
Fundraising has continued to struggle in the first quarter of this year, although in our downloadable presentation we do point out that this may be the year of the private debt mega-fund, with the average size having risen to more than $1 billion.

It may also be the year of senior debt. In the first three months of the year, senior debt’s share of capital raising climbed to 49 percent compared with an average from 2016 to 2020 of just over 30 percent. One reason for this is clear: at a time of volatility in the markets, senior debt offers a safe haven at the top of the capital stack.

But there’s a little more to it than that. In its Q2 House View on Credit Markets, Investcorp Credit Management says senior loans’ short duration and floating rate nature point to outperformance at a time of rising rates and inflation.

Mentioning the ‘i’ word
That word ‘inflation’ is cropping up with increasing regularity. A new report from fund manager Varde Partners – Varde Views: Credit Market Update – says: “The main… focus [in Europe] will be around inflation and building froth in markets leading to systematically significant asset bubbles.” Varde predicts “a range of different cycles” going forward and “some prospect of a sequel to eurozone instability”.

The report also says, rather more cheerily, that a narrowing of opportunity in public markets has led to a consequent expansion of activity in private markets with borrowers seeking finance to grow or refinance. Varde adds a cautionary note, however, regarding “strong valuations”.

Investors to ramp up demands on fees, reporting
The importance of fees and transparency are underlined in a survey from metals-focused fund manager Global Palladium Fund. It found that 84 percent of institutional investors and wealth managers expect a switch from expensive funds to those with lower fees over the next two years – with 33 percent predicting the switch will be “dramatic”. More than three-quarters (77 percent) said investors will increase their focus on trying to reduce fees.

Meanwhile, 74 percent expect an investment outflow from funds with lower levels of reporting and transparency, with 42 percent expecting this movement to be “dramatic”. An almost unanimous number (94 percent) expect investors to demand improvements in these areas.

All aboard new Poorter fund
Like niche private debt offerings? Then Den Haag-based Poorter Fund Services may be worth a look. The firm has just launched its Bestevaer Capital Fund with initial commitments of €1.5 million and a target of €20 million for investment in inland vessels in the Netherlands. The fund has a target return of 4.5 percent to 6.5 percent annually for 10 years. Poorter already manages the Horti Capital Fund, providing 30 loans to entrepreneurs in greenhouse horticulture.

Wendel adjusts loan for ESG aspects
French private equity firm Wendel has amended an undrawn €750 million syndicated credit facility, which matures in October 2024, in order to integrate environmental, social and governance criteria. In a statement the firm said “measurable aspects of the non-financial performance of Wendel and the companies in its portfolio” will now be taken into account in calculating the financing cost of the syndicated credit.

New MD for Metropolitan
Metropolitan Partners Group, a New York-based private credit fund manager, has hired Adam Goodfriend as a managing director in the firm’s investment team. He is the sixth new hire it has made in the last year as Metropolitan says it is expanding its team to meet the growing demand for private credit investments. The firm provides short-term, senior-secured, collateralised loans to small and mid-sized, non-sponsored businesses.

Goodfriend will be responsible for sourcing, evaluating and executing investments at Metropolitan. He was previously the chief investment officer of Alpha Square Group, a large Asian-backed family office, where he was responsible for portfolio strategy and construction, investment allocations and portfolio management activities.

Equity injection for Apollo-managed finance firm
MidCap Financial, a speciality finance firm focused on the mid-market, said it has raised more than $800 million of new equity from a group of global investors including clients of Apollo Global Management, whose Apollo Capital Management manages MidCap. Proceeds will be used to fund business growth and for general corporate purposes.

MidCap operates in the senior debt market and has provided management or other services for some $29.8 billion of commitments, $5 billion of which is managed by Midcap’s registered investment advisory unit.

Jensen Partners hires private credit, equity chief
Executive search and corporate advisory firm Jensen Partners said Nicholas Koehler, formerly of Options Group, joined its New York office as head of private credit and private equity. Koehler will lead the firm’s efforts to recruit diverse candidates for those two strategies and will leverage a proprietary diversity talent tracker on investment roles, among other things, across the US and Europe, Jensen, a women-owned firm, said.

Baltimore City Fire and Police Employees’ Retirement System approved $35 million-worth of commitments to private debt funds in March 2021, according to a recent investment report posted by the pension.

Crayhill‘s second Principal Strategies fund has been in market since 2019, with a US Securities and Exchange Commission filing from mid-April 2021 showing that the vehicle has raised $440 million of its $500 million target. Bain‘s second Asia-focused special situations fund launched in March 2021, with the vehicle’s target size unknown.

Elsewhere, BCFPERS also confirmed an increase in its target allocation to private debt from 4 percent to 5 percent in its March 2021 investment report. The pension’s current allocation to the asset class is 2.1 percent.