“There is so much anxiety about whether the [US Federal Reserve] will be forced into getting aggressive because of the level of inflation, and in doing so make a policy error. But from my perspective, markets are overestimating just how much the Fed will tighten this year.” 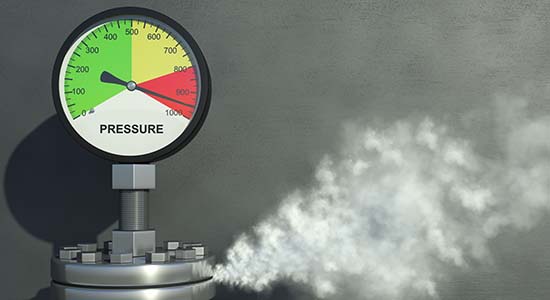 Hints the M&A boom may be slowing
To a large extent, if the private equity market prospers then so too does private debt. While around a fifth to a quarter of deals in the private debt market are of an unsponsored nature, backing private equity deals remains by far the biggest part of the corporate loans universe.

So, it’s interesting to note the findings of a survey from DC Advisory, which reflects on the extraordinary boom in private equity activity last year and offers reasons why the coming year may not be quite so prolific.

In 2021, according to the survey, private equity firms completed 9,300 deals, representing a breathtaking increase of 82 percent over the 5,000 deals completed in 2019. Over the same period, private equity’s proportion of corporate deals rose from 25 percent to 37 percent.

By the end of last year, however, there were signs that the M&A boom was losing some momentum. Between the third and fourth quarters, the total number of M&A deals fell from 6,588 to 5,028. This is particularly noteworthy as the fourth quarter is normally the busiest of the year.

In predicting a somewhat more subdued 2022, the survey notes that “it is hard to ignore the troubling levels of inflation, government debt and concerns about economic cycles”. The survey adds that, as a result, “private equity investors are entering 2022 with an attitude that is somewhat risk averse”.

The message for private debt? It doesn’t seem unreasonable to expect a healthy year for sponsored dealflow in the year ahead – but the boom times may be over.

Evergrande puts (lack of) covenants in the spotlight
Given the encroachment of covenant-loose and covenant-lite documentation into the private debt market, developments at Chinese property developer Evergrande Group may act as a timely reminder of the potential perils.

A Moody’s Investors Service report points out that covenant packages at the ailing firm “have become increasingly lax, loosening or eliminating key protections”. The report says recovery prospects for offshore bondholders are in danger given that they rank behind the creditors of more than 1,950 subsidiaries, “none of which guarantee the offshore bonds”.

By loosening or removing the protective features of its debt covenant, the company has been able to pile on leverage, “impairing its ability to service its debt and further subordinating the offshore bonds”. The firm’s debt carve-outs have tripled in size allowing it to incur “material debt without running afoul of its debt covenant”. A salutary lesson, perhaps?

In 2021 there were 31 acquisitions of alternative credit firms, with $120 billion in assets under management, a decline of 52 percent from its peak in 2019 of $254 billion, said Gapstow. This dollar volume is the lowest since 2015 and marks the second consecutive year of declines following a strong pattern of growth, the adviser said.

Rowe Price’s $4.2 billion acquisition of Oak Hill Advisors accounted for nearly half of 2021’s dollar volume; and, at $53 billion, was the only transaction with target assets under management of more than $20 billion.

Launched with BayernInvest Luxembourg as alternative investment fund manager, the latest iteration of the Berenberg Renewable Energy Debt Fund is targeting €500 million. It will follow the strategy of its predecessor funds, the first of which was launched in 2016, focusing on junior debt financing for projects in late-stage development, construction and operating phases.

In a statement, the bank’s head of infrastructure and energy Torsten Heidemann said the strategy allowed for “an attractive return in the mid-single-digit percentage range… with predictable cashflows and a good collateral structure”.

To date, previous iterations of the fund – known as Berenberg Green Energy Junior Debt Fund I, II and III – have reached a total volume of roughly €600 million and financed more than 100 wind and solar projects across Europe, as well as in Japan, Chile, Australia and the US.

New ESG checklist to judge borrower suitability
The European Leveraged Finance Association has produced an ESG Exclusion Checklist. The checklist is to be completed by arranging banks at the time of a new corporate loan or bond syndication to help investors quickly determine whether a corporate borrower is a suitable investment candidate.

Based on the information provided on the checklist, credit investors should quickly be able to determine if the business activities of a corporate borrower breach any of their internal guidelines.

Strong returns as Sona raises latest fund
London-based fund manager Sona Asset Management has delivered a cumulative return of 57 percent across 2020 and 2021 according to a source familiar with the firm. Formed in 2016 by chief investment officer John Aylward, Sona invests across the credit spectrum with a primary focus on the European markets. In December last year, it launched its second Capital Solutions fund, CapSol II, with a target of $500 million.

The public pension has made commitments of $20 million each to Brightwood Fund V and Lynstone Special Situations Fund II. As has been commonplace for any CPABF investment, these vehicles were chosen from a four-fund shortlist which derived from an earlier RFP issued by the pension.