“Who will win the fight on inflation: the Fed with a soft landing or a recession with a hard one? The answer could either push buyers deeper into illiquid credit or reinforce indecision”

Taken from the lead column in the latest version of the Lead Left, produced by Churchill Asset Management’s Randy Schwimmer 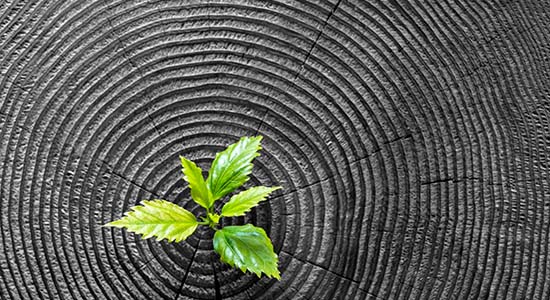 Investors looking to niche plays
With 2023 fast approaching, how are limited partners viewing prospects for the private debt market? Recent conversations with market sources have suggested to us that mid-market direct lending allocations are being viewed conservatively looking forward – partly to see how macroeconomic forces play out in the first half of next year; partly also because many LPs feel they now have their fill of mainstream strategies and are seeking to identify approaches with the potential for a little more alpha.

While a handful of examples don’t provide proof of this, it has been interesting nonetheless to receive details of fund closings relating to some niche strategies in recent days and weeks. The following selection provides some flavour of this.

Talde Private Equity: The Bilbao-based asset manager says it expects to reach €100 million for its Talde Alternative Debt Fund, billed as the first European Long-Term Investment Fund providing financing for well-established small and medium-sized companies in the Basque Autonomous Community. The fund, investing between €3 million and €12 million per deal, benefits from a European Investment Fund guarantee covering 70 percent of financing amounts with a limit of €40 million.

CVI: The Warsaw-based manager welcomed the European Bank for Reconstruction and Development into the third and final €132 million closing of its CVI CEE Private Debt Fund. The fund, which aims to make more than 40 investments across Central Europe, had completed 23 deals worth €70 million by the end of October. The European Investment Fund is also a supporter of the vehicle, which invests between €2 million to €15 million per deal.

Polus Capital Management: The manager, with offices in London and New York, announced it had received €228 million in capital commitments for its second captive collateralised loan obligation equity vehicle, Cairn Loan Investments II. The vehicle, which can support up to €4.5 billion of European CLO issuance, invests in the equity tranche of European CLOs. The predecessor vehicle closed on €138 million in 2018.

Anicut Capital: The Chennai, India-based manager announced it had received regulatory approval for its third debt fund, Grand Anicut Fund 4. It is expected to launch in the fourth quarter of next year and announce a first closing by the end of the same quarter. The target size is 15 billion rupees ($180 million; €173 million) with a greenshoe option for a further 5 billion rupees. Anicut said, in the year to date, its second debt fund had committed more than 5.5 billion rupees through 15 deals.

LendInvest: The UK manager said it already has £200 million ($245 million, €232 million) in commitments as it prepares to launch its latest open-ended flagship fund, which has a target of £300 million. The fund focuses on short-term transactional loans providing the financing for LendInvest’s bridging and development loans. The firm finances UK housing on a senior secured, whole loan basis.

Hildene and CrossCountry entities team up on mortgages
Hildene Capital Management, a distressed debt manager launched in 2008, has entered into a strategic relationship with CrossCountry Mortgage, a retail residential mortgage originator, and a related entity, CrossCountry Capital, an asset management and services firm focused on the residential housing sector.

As a result of the alliance, Hildene, with assets under management of more than $12 billion, will have exclusive access to certain non-qualified mortgage (non-QM) originations from CCM’s platform, and CCC representatives will commit to invest in an account maintained by Hildene.

Steve Ujvary, managing partner at CCC, said he looks forward to working with the Hildene team “to source and securitise attractive residential mortgage investments together in the years ahead”.

The new relationship between Hildene and CrossCountry provides that the parties will work together to securitise non-QM loans on a programmatic basis.

Dushyant Mehra, portfolio manager and co-chief investment officer of Hildene, described the new relationship as an attractive entry point for Hildene into the non-QM market. With traditional lenders pulling back, he added, “we believe CCM’s origination platform is both complementary and accretive to Hildene’s investment philosophy as we seek to execute on unique risk-adjusted, value-generating investment opportunities for our clients”.

Non-QM mortgages are home loans that don’t meet US Consumer Financial Protection Bureau requirements to qualify for standard loan packages. The development in recent years of a so-called ‘gig economy’ in which self-employment is a larger part than ever has made qualifying for standard packages more difficult for many.

FocusPoint hires veteran of senior distribution roles
FocusPoint Private Capital Group has appointed Brian Ralph as managing director to lead global coverage of consultants and raise capital from institutions and high-net-worth platforms in the West and Midwest of the US.

Ralph is an addition to FocusPoint’s distribution team for the US. “We have been very fortunate to build up a strong base of flagship clients,” David Conrod, chief executive of FocusPoint, said in a statement. The firm looks forward to “Brian further building on our unique platform’s growth”, he added.

Ralph comes from senior distribution roles at First Eagle Investment Management (2016 to 2020) and most recently at ITE Management. Prior to First Eagle, he worked for JPMorgan Asset Management, where he focused on distributing alternative investments to all types of asset owners.

FocusPoint, based in New York, raises capital both for private funds and direct transactions.

Founded in 2010 by David Conrod and Robert Mortimer, FocusPoint has been a wholly owned subsidiary of LANDC Investment, a diversified financial services platform, since 2014.

Alantra’s private debt investments will be led by managing director Alberto Pierotti, who joined the firm in early 2022 and was previously based in the team’s headquarters in Madrid. Pierotti’s recent experience includes an 11-year tenure with Avenue Capital, most recently as managing director in the European team focusing on public and private credit in several sectors and jurisdictions in Western Europe, developing specific expertise in the Italian market.

Alantra Private Debt will invest in Italy through long-term and flexible senior debt instruments from €10 million to €30 million aimed at supporting medium-sized companies in all sectors, including commercial real estate.

Ohio Public Employees Retirement System plans to increase its alternative assets allocation by 6 percent in 2023, according to materials from its 15 November retirement board meeting.

The pension system is looking to up its exposure to private markets from 27 percent to 33 percent going into 2023. Part of this change involves a jump back into the private credit market, with no capital committed to the asset class since 2013, according to Private Debt Investor data.

The pension does not currently include private credit in their total investment portfolio but seeks to set a 1 percent target benchmark for the asset class.

The asset allocation proposals were finalised following a mixed recommendation between Ohio PERS staff and NEPC, the investment consultant to the pension’s private markets opportunities. The changes are being facilitated by aligned reductions in the public sphere, with a drop in both public equities and fixed income.

Ohio PERS has outlined its reasoning for the changes, highlighting a wish to tackle the challenging investment returns felt by LPs across the globe, as well as the continuation of stagflation dynamics, which reinforces the need for strong management and diversification of its private markets’ investment programme.

Ohio PERS is looking to implement a fairly diversified private credit portfolio composition, with 50 percent allocated to direct lending and the remaining 50 percent devoted equally between distressed and opportunistic credit.