“Although a near-term debt crisis is unlikely, our stress test found that an inflation spike and interest rate shock could see a sizable jump in the number of borrowers facing credit stress or strain.”

Terry Chan, senior research fellow at S&P Global Ratings, in a new report indicating that the proportion of corporates making losses could double within the next two years according to a stress test analysis 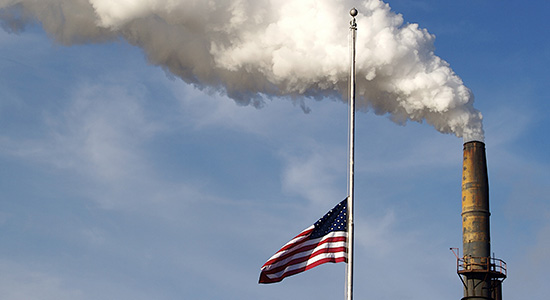 North American GPs lagging on ESG
There have been mumblings of discontent about the relative lethargy of North American fund managers when it comes to addressing environmental, social and governance issues, with sources telling Private Debt Investor that European limited partners may increasingly back away from North American funds for this reason.

Now a new survey of general partners from PineBridge Private Funds Group – part of New York-based asset manager PineBridge Investments – appears to give added weight to these concerns. It finds that only 39 percent of North American fund managers had committed to “some international standards that promote responsible investment practices”. This compares with 78 percent of European managers and 63 percent of managers in Asia.

Moreover, just 11 percent of North American managers canvassed said they had signed up to the UN Principles for Responsible Investment, compared with 67 percent and 50 percent for Europe and Asia, respectively.

The survey also fund that tracking the progress of internal ESG goals was still at an early stage of progress for all fund managers. Only 27 percent said they tracked or benchmarked progress against pre-established ESG goals at an enterprise level, with just 56 percent engaging in industry certification programmes.

The distressed debt dilemma
It’s been a rollercoaster ride for distressed debt investors since the initial wave of covid-19 struck early last year. Initially, a plethora of so-called “dislocation” funds were raised with startling speed, creating the impression that a new golden era of distressed investing was underway. But then came a swift recovery in the markets, with favoured sectors thriving and even those in struggling industries propped up by government support schemes.

In a new podcast jointly produced by Private Debt Investor and affiliate title PERE, we reflect on developments so far in the private credit and real estate markets and ask whether the distressed opportunity can be written off as a false dawn or whether it has simply been pushed back a year or two. You can listen to the 20-minute conversation, moderated by PEI special projects editor Chase Collum, here.

Apollo hunts Italy’s distressed debt
US investment giant Apollo Global Management has its eyes on distressed real estate loans in Italy, according to a report from affiliate title Real Estate Capital. So too does Illimity, a Milan-based digital bank that counts the acquisition and servicing of non-performing loans among its business lines. On 17 June, the two organisations announced they had joined forces to invest as much as €500 million in distressed Italian real estate loans in the next two years.

According to Deloitte’s Deleveraging Europe 2021 report (see it here), Italian banks are making headway in divesting NPLs. The consultancy says average non-performing exposures across the country’s largest banks fell to 5.2 percent in 2020, down from 7.3 percent in 2019. It also reports that total loan loss provisions for Italy’s seven largest banks amounted to €12.7 billion in 2020, up from €8.2 billion in 2019. By targeting NPLs and unlikely-to-pay loans of up to a single price of €50 million, Apollo and Illimity will be cherry-picking investments. However, they will be doing so in one of Europe’s most active loan sales markets.

A&M bolsters Italy offering
Professional services firm Alvarez & Marsal has appointed Jacopo Barontini as managing director in charge of its financial restructuring advisory practice based in Milan. The move represents the next strategic step in the expansion of A&M’s EMEA restructuring offering, which spans France, the Nordics, Spain, Switzerland and Germany alongside a large team based in London.

Barontini, who served as a Deloitte partner prior to joining A&M, will work alongside Alberto Franzone and Adriano Bianchi who focus on corporate restructuring and corporate turnarounds in Italy. He will also collaborate on international, cross-border transactions alongside A&M’s London team, including managing director Christian Ebner and senior director Dario Bortot, who both joined A&M from Deloitte in 2020.

Under the direction of the chief executive officer, the CDEIO will work across the enterprise and the investment office “to foster a culture of equality, respect and inclusiveness”. The CDEIO will partner with the environmental, social and governance investment team to help identify and analyse emerging DEI issues and opportunities supported by investment methodology and academic research that may impact the CalPERS portfolio.

Connecticut has a 5 percent target allocation to private credit that currently stands at 0.7 percent.