“The stock market value of the UK retail sector is now at its highest level since 2016. That suggests that retailers that expanded through acquisitions, in the darker days of 2020, have made well-timed purchases and that there is confidence in the sector as a whole.”

Karen Hendy, co-head of retail at law firm RPC, commenting on a study from the firm showing a rise in M&A deals in the retail sector. 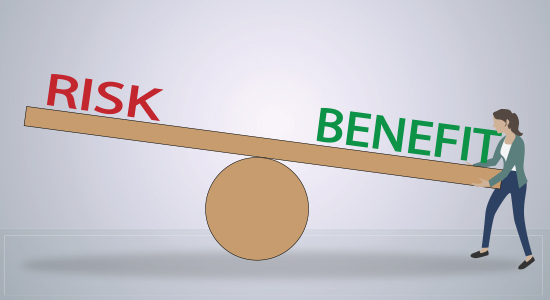 Oaktree weighs up direct lending merits
“Direct lending portfolios, if structured properly, have the potential to generate returns similar to or higher than those of other credit investments such as broadly syndicated loans, but with less risk.” This observation alone may help to explain why direct lending has become the most popular strategy within private debt, accounting for a larger share of fundraising than anything else.

However, there are many other considerations for investors to take into account as they weigh up an appropriate direct lending allocation – and a new paper from US-based fund manager Oaktree Capital Management (see here) provides a thorough examination of the pros and cons.

Among the attractions are the floating-rate nature of the loans (useful if inflation gathers pace) and lower losses in default (the average recovery rate for US mid-market senior loans between 1989 and 2018 was 75 percent, compared with 56 percent for senior secured bonds).

But direct lending also has risks if firms attempt to take short-cuts in areas such as sourcing, due diligence and structuring. The strategy has “a demanding workload which could overwhelm inexperienced investors”, the report warns.

The highs and lows of today’s market
We live in the “vertigo” era of investment, according to the latest KKR Credit quarterly review. The description is a reference to the Hitchcock movie, which portrays the “delicate and often blurred balance between deception versus reality”.

There are parallels with Hitchcock’s vision in the market today, the report contends, saying that it feels as if we are “swimming through a blurred reality”. One year ago, high-yield spreads reached +1,000 basis points amid a global shutdown as investors rushed for the exit marked ‘liquidity’. Today, high-yield spreads are near a historic tight level of 336 basis points (as at 31 March 2021), and the market rally “shows no sign of slowing down”.

“As we have noted before,” said the report, “as vicious as the market is on its way down, history continues to remind us that the snapback can be equally fast and furious.” Another movie reference, but perhaps not an intentional one.

KKR concludes that the market is “ripe for reimagination and primed for active management” with a compelling private capital story based on “agile pools of capital that have the ability to invest across multi-asset credit products”.

Progress on ESG loans, but market standard lacking
It seems fair to say the European leveraged finance market is on a journey when it comes to environmental, social and governance issues, and a conference held by the European Leveraged Finance Association revealed that some important steps have been taken (a summary of the conference’s key findings may be viewed here).

However, it appears there is room for improvement in some of the practices adopted so far. For example, while there has been an increase in the number of loans linking margin ratchets to sustainability targets, there has also been inconsistency in how they are structured. “The lack of a clear market standard has resulted in a wide range of features appearing in loan agreements and presents the risk of a lack of robustness in provisions,” the summary notes.

Singapore bolsters funds hub push with new hire
Kai-Niklas Schneider, a managing partner at law firm Clifford Chance in Singapore, has been appointed to co-lead the newly formed Singapore Funds Industry Group, a partnership between the Monetary Authority of Singapore and the funds industry to try and position Singapore as a global funds hub.

With co-chair Gillian Tan, Schneider will aim to bring together senior leaders from across various sub-sectors of the funds industry to identify emerging industry trends, recommend industry standards and lead developmental initiatives.

Trio of hires for A&M
Professional services firm Alvarez & Marsal has expanded its debt advisory team in Europe with the appointment of Floris Hovingh as a managing director in London, Axel Rink as a senior director in Frankfurt and Atif Malik as a director in London.

Monroe signs up to UNPRI
Chicago-based fund manager Monroe Capital has become the latest signatory to the United Nations Principles for Responsible Investment. “This establishes the firm’s goal to be a leader in responsible investing within the private credit markets,” said Chris Lund, assistant portfolio manager at Monroe Capital.

UNPRI was established in 2006 and has since signed up more than 3,900 firms managing more than $103 trillion in assets under management.

Border to Coast Pensions has announced $632.3 million-worth of fund commitments across six private debt vehicles, according to a recent press release.