“[Loans that] tend to tolerate higher leverage in return for high and, more troubling at the moment, floating interest rates”

An article in the Economist questions the role of private credit in putting pressure on borrowers. Read our Friday Letter on the topic here 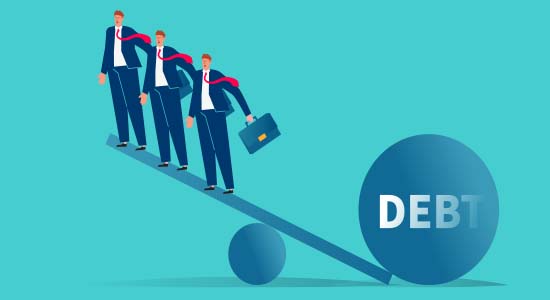 Oaktree bullish on distressed opportunity
Executives of Oaktree Capital Management, in the latest issue of Oaktree Insights, say that the universe of distressed liquid credit has expanded meaningfully, and that this has created attractive opportunities.

Bruce Karsh, Oaktree’s co-chairman and chief investment officer, with Robert O’Leary and Pedro Urquidi – global co-portfolio managers, global opportunities – say that the total amount of high-yield bonds, BBB-rated bonds, leveraged loans and mid-market direct loans outstanding globally is now at $12.2 trillion, more than four times what it was in December 2007 amid the early rumblings of the global financial crisis.

Emerging from the recent spate of mergers and acquisitions activity, banks are weighed down by bridge loans that they haven’t been able to unload in the syndicated market. Karsh and Urquidi estimate that roughly $70 billion of these were outstanding in the US.

Separately, Jordan Kruse and Matt Wilson, Oaktree’s co-portfolio managers, special situations, say in the same issue that mid-market businesses especially are struggling with labour shortages, supply-chain difficulties and other woes. Kruse and Wilson have had “conversations with several bankruptcy lawyers and restructuring advisers who’ve indicated that a substantial number of restructurings may be coming down the pike in the next six months”.

CRISIL adds that it sees a weakening macro environment, relaxed underwriting standards and elevated portfolio risks as impacting the market over the medium term.

The firm analysed the portfolios of more than 30 lenders in the US and Europe and found that high and medium-risk sectors accounted for more than 50 percent of the portfolios. It also identified concentration risk, with the highest single sector exposure in a portfolio totalling 37 percent.

In response to the headwinds, the white paper recommends enhanced credit monitoring, developing robust in-house early warning systems and the use of bespoke scorecards.

We have a favour to ask…
Once again, a team from PEI Media is heading out on a (hopefully) balmy October morning for this year’s Royal Parks Half Marathon to raise money for Shelter, the UK homelessness charity. Any support will be very gratefully received – if you would like to donate, you can find our fundraising page here.

Dear LP: What’s on your mind?
Private Debt Investor‘s research colleagues want to hear from all investors globally – on an anonymous basis – about their investment plans for our LP Perspectives Survey 2023. Now in its 11th year, the survey results will be published in a special report in December. Click here to take part. The deadline for submissions is 7 October.

Charlton has experience at large credit platforms. He joins Vista from Anchorage Capital Group, where he was managing director, global head of business development and investor relations. While there, he expanded Anchorage’s product platform and raised eight funds, contributing more than $25 billion to Anchorage’s assets under management.

Before he joined Anchorage, Charlton was managing director, head of marketing at Canyon Capital Advisers, where he ran the team responsible for all aspects of investor relations.

VEP created VCP in 2013 to pursue investments across the capital structure for relative value opportunities. As of 31 March 2022, VCP had more than $6.1 billion in AUM, having completed more than 495 software and technology transactions.

UK chairman for Tikehau
Peter Westmacott becomes UK chairman in addition to his current role as chairman of the international advisory board of Tikehau Capital, which he has held since January 2019. A former British Ambassador, Westmacott will work with Tikehau’s head of UK and Iberia Carmen Alonso to accelerate the growth of the group’s UK business.

The appointment aims to expand the group’s reach and visibility in the UK and internationally, taking advantage of Westmacott’s experience in international and corporate affairs. He will focus on developing Tikehau’s UK presence and accelerating its fundraising activities, as well as supporting investment origination efforts.

Tikehau Capital established its London office in 2013 and it is the firm’s second-largest office with almost 60 professionals, with dedicated UK investment teams for private debt, private equity and real estate, as well as pan-European collateralised loan obligation and special opportunities investment teams.

New CFO for 17Capital
17Capital, the provider of strategic financing for investors in private equity, has promoted Raj Shah to chief financial officer. He has been in the financial team since 2012, working closely with the current CFO, Oliver Pritchard. Pritchard will be staying with 17Capital and moving to the role of chief compliance officer.

Pritchard has held the role of CFO since 2010 and worked on 17Capital’s first credit fund and funds two to five. Prior to joining 17Capital, he held senior roles at Mourant Group’s alternative assets fund administration business, and in Apax Partners’ finance department. Shah joined 17Capital from Bowmark Capital, where he was assistant financial controller with responsibility for corporate and fund accounting.

California Public Employees’ Retirement System has issued a request for proposals for new investment consultants, according to the firm’s recent September meeting materials. The pension is looking to enter into five-year contracts with multiple new consultants to provide consulting services for the general board as well as the pension’s private equity and debt portfolio.

The specific criteria for this RFP was outlined in CalPERS’s board meeting last week. The pension is looking for a general pension investment board consultant who:

Currently, Wilshire Advisors provides both general and private debt consulting services and Meketa Investment Group advises the pension on private equity matters only. The five-year contract with both consultants was extended earlier this year and will now end in June 2024. The extensions were made in order to allow for the issuing of this RFP and secure new consultants to replace the two.