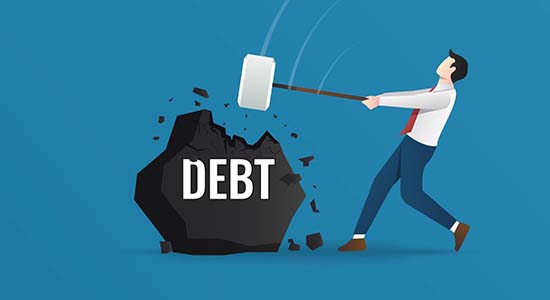 Oaktree pros highlight dislocation opportunity
“There are plenty of leveraged companies out there that are only one idiosyncratic event away from being an actionable target for special situations investors,” according to Matthew Wilson and Jordon Kruse, co-portfolio managers of special situations at Los Angeles-based fund manager Oaktree Capital Management, in a letter to clients as part of Oaktree’s Insights series.

In their letter, Wilson and Kruse make the point that special situations investing is not dependent on “systemic market distress”, but they concede that market dislocations can present a new opportunity set. Given what they describe as “rocky” US equity markets and a high-yield bond market down by 4.5 percent this year, dislocation is precisely what appears to be transpiring – and this is against a backdrop of a record amount of outstanding non-investment grade debt in the US (more than $3 trillion at the end of last year).

Could this be the year where distressed and special situations investing dominates the private debt market? With the war in Ukraine coming on top of existing labour shortages, supply chain problems, increasing inflation and a rising interest rate environment, it wouldn’t come as a huge surprise. Look out for the April 2022 issue of Private Debt Investor, in which our cover story considers prospects for the distressed and special situations market.

CarVal acquisition involves $750m capital boost
Minneapolis-based fund manager CarVal Investors boasts not only new owners but also a boost to its fundraising activities after the firm agreed to be acquired by US-based investment management firm AllianceBernstein in a deal worth $750 million plus a “multi-year earnout” if certain targets are reached.

Following the deal, $750 million will be allocated across CarVal strategies as part of a $10 billion commitment made by financial services company Equitable to AllianceBernstein’s private alternatives platform from its general account. AllianceBernstein is a subsidiary of New York-based Equitable.

The deal, which is expected to close in the second quarter of this year, will see CarVal rebranded as AB CarVal Investors. CarVal has more than $14 billion in assets under management in opportunistic and distressed credit, renewable energy infrastructure, speciality finance and transport; and has 68 investment professionals in its offices in Minneapolis, London, Luxembourg, New York and Singapore.

Private equity to fuel UK M&A, survey indicates
Private equity and overseas bidders will continue to lead the way in driving UK M&A activity in 2022, attracted by compelling valuations, favourable exchange rates and access to cheap financing. This is according to an investor survey conducted by investment banking group Numis.

Of the 200 institutional investors surveyed, 57 percent expect competition for assets from private equity to rise in 2022 with 89 percent of investors viewing the higher levels of PE buyer activity in the UK market as either positive or very positive.

From a sector perspective, 40 percent of institutional investors expect financials to be the most active from an M&A standpoint, more than twice the proportion of any other sector and further evidence of consolidation pressures across the industry.

AXA targets Asia-Pacific growth
AXA IM Alts, the Paris-based alternative investments business, said its real assets platform is continuing to prioritise growth in the Asia-Pacific market, having completed €1.6 billion of real estate equity transactions in the region on behalf of clients in 2021.

With €1.4 billion of acquisitions and €120 million of disposals, the business also completed €200 million of real estate debt transactions during the year. This led to a 33 percent increase in AXA IM Alts’ real estate assets under management in Asia-Pacific to over €8 billion at the end of 2021, including around €600 million of developments across four projects in the region.