“As the macroeconomic environment continues to change and the syndicated markets remains volatile, we expect to see more interest in private credit than ever before”

Stephen Boyko, co-chair of private credit at law firm Proskauer, commenting on the release of the firm’s 2022 Private Credit Survey 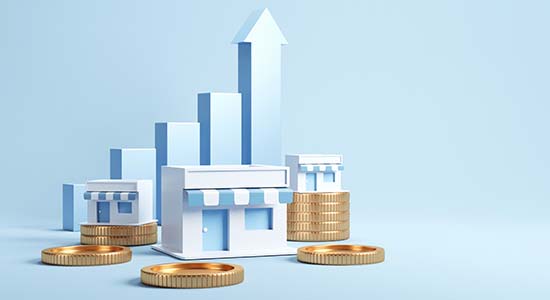 Further advances as private debt lures retail
The retail investor is still fresh in the minds of private credit firms. In our coverage this year we have brought you numerous examples of how private debt is doing its best to open up the retail investment channel (see here and here for examples). Two further developments this week help to underline the trend.

The fund is structured as a non-listed business development company, has fundraising capacity of up to $5 billion and offers limited monthly and quarterly liquidity.

Second came Ares Management‘s announcement that it had hired Henry Lee to its Ares Wealth Management Solutions unit to help expand its retail efforts in Asia-Pacific. Lee, who joins as a partner in the firm’s Hong Kong office reporting to global AWMS head Raj Dhanda, had a 16-year career at HSBC, where he was global head of discretionary portfolio management and head of alternative investments for HSBC’s Global Private Bank.

Keeping faith in CEE’s fundamentals
The latest newsletter from Central Europe-focused private debt fund manager CVI provides interesting insights into how market conditions are perceived in that part of the world following Russia’s invasion of Ukraine.

The attack “wiped off the positive market expectations that were built up in 2021”, the newsletter says. “The current uncertainty is mainly driven by the wide array of the conflict’s potential scenarios.”

But despite “more difficult” business conditions in the foreseeable future, CVI points out that the business climate indicator for Central and Eastern Europe (source: GUS Statistics Poland) in March 2022 showed a relatively modest drop compared with that seen during the covid-19 outbreak. Croatia even recorded an uptick in sentiment – the only country in the region to do so.

The newsletter said the geopolitical situation was having an impact in Poland and the Czech Republic on a range of areas including interest rates, foreign exchange, labour and supply chain dynamics, availability of raw materials and energy prices. Cost inflation and interest rate hikes were expected to be among the most significant drags on SME performance going forward.

Reflecting on last year, CVI said it had seen strong activity compared with 2020 and said it continued to see strong fundamentals this year despite the market challenges. Indeed, in Q1 2022, the firm deployed €68 million in 12 new investments – compared with €33 million in 13 deals in the first quarter of 2021.

The firm said that several German institutional investors had made commitments alongside Nuveen’s parent company TIAA at the first closing stage, with the fund aiming to eventually raise €500 million. The vehicle will focus on whole and mezzanine loans secured against European real estate.

Farinola has over 25 years’ experience in finance and real estate and joins from Brookfield, where he ran the European real estate debt business. He also held senior investment and debt roles at GAM, Goldman Sachs and BlackRock.

With over 25 years’ experience in commodities, principal investing, derivatives and structuring, he joins from Morgan Stanley where he ran the commodities structured finance business. He also held roles at commodities trader Mercuria Energy, Goldman Sachs and Deutsche Bank.

Comvest Partner‘s latest fund launched in March of this year and is targeting $1.7 billion. The fund will focus on corporate opportunities in North America with senior debt returns. Its predecessor, Fund V, closed on $1.3 billion in April 2021.