“With a listed asset, the day after lockdown, you’ve lost 40 per cent, whereas with a non-listed asset there is less volatility so the perception of risk is smaller.”

Cyril Marie, chief financial officer and head of strategy at Natixis Investment Managers, explaining the current popularity of private markets in an interview with the Financial Times (paywall). 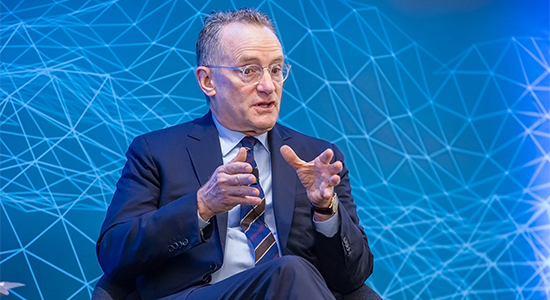 Marks: current stability is deceptive
Not much in the business world has been changing lately – and that in itself is remarkable. In his latest memo, titled The Winds of Change, Oaktree Capital Management co-founder and co-chairman Howard Marks describes how the last 20 months have felt like Groundhog Day. Economic resurgence, rising securities markets, concern about inflation and whether it will be permanent or transitory…all “present months ago and little changed today”, according to Marks.

But this stable environment is very much at odds with the general direction of travel for business, according to the investing legend. He goes on to talk about the huge role of technology – as an agent of disruption in industries, as a force for change in the labour market and as a booster of productivity among other things. In summary, the world is changing fast – even if it may not have seemed like it during the pandemic era.

Trade body thumbs up for ELTIF proposals
A cautious welcome has been given by two trade bodies – the Alternative Investment Management Association and Alternative Credit Council – to various Capital Market Union initiatives, including proposed legislative amendments to the European Long-Term Investment Fund (see here for the AIMA response).

The ELTIF was launched in 2015 as a way of making it easier for some types of investor to support long-term investment funds. However, by January of this year, only around 30 ELTIFs had been set up with an aggregate value of less than €2 billion.

The amendments tabled by the CMU, an economic policy initiative of the European Commission, aim to address the two main gripes regarding the ELTIF: the restrictive nature of the eligible assets that the fund must invest in and the ease with which such funds can be marketed.

“Today’s package has some solid elements in it,” said Jack Inglis, chief executive of AIMA. “The ELTIF proposal has significant improvements to the existing regime and could really open up the market to new sources of capital.”

The London-based specialist lender has raised £462 million ($616 million; €549 million) from UK and continental European pensions and insurers for its third property debt vehicle – Commercial Real Estate Debt Fund III – exceeding its original target of £450 million. The fund has a £500 million hard-cap, which it expects to hit, and will remain open to investors until February 2022.

Castlelake strengthens lending team
Minneapolis-based fund manager Castlelake has grown its lending team, according to a news release. The team is led by Armin Rothauser, head of lending at Castlelake, who joined in 2020.

“The expansion of our lending team is a natural step for Castlelake that we believe enables us to couple deep asset expertise and structuring experience with attractive, differentiated solutions for borrowers,” said Rory O’Neill, chief executive officer and managing partner at Castlelake.

It will cover single-name restructuring cases in the region that are currently held up in the banking sector due to complexity – whether in ‘unlikely to pay’, non-performing loan or bankruptcy situations. Arrow will own the dedicated unit, deploying its Credit Opportunities Fund capital alongside institutional clients, as well as being a third-party servicer.

Launching early next year, the new business will be led by chief executive officer Paulo Barradas supported by senior hires bringing M&A and restructuring skills from within Arrow Global and external sector specialists. Pedro Ruas will join as a senior adviser to the platform, bringing over 25 years’ experience with the likes of Davidson Kempner, KKR, Anacap and CarVal.

New Dubai office for Pretium
Pretium Partners, a New York-based fund manager focused on real estate, residential credit and corporate credit with more than $26 billion in assets, has established its first Middle East office in Dubai. Jamal Saab has joined as managing director to head and expand Pretium’s Middle East presence. Saab joins Pretium with over 20 years of experience working with investors in the Middle East.

Arizona PSPRS devotes 9.44 percent of its full investment portfolio to private debt. The pension’s recent commitments have been to senior and venture debt vehicles targeting investments in North America.

This is a first-time commitment made by the pension to fund manager Atalaya Capital Management. Earlier this year, NHRS disclosed plans to commit $70 million to private debt in 2021.

The pension’s recent commitments have been primarily to senior and distressed debt vehicles targeting the corporate sector. NHRS has a 5 percent target allocation to private debt that currently stands at 4.65 percent.