“Though it is tempting to see this as an increase in political uncertainty, if Johnson survives there can’t be another vote for a year – potentially providing some stability to Whitehall… The whole scene is likely to play second fiddle to the more pressing market matters of sticky inflation and upcoming central bank meetings”

Taken from a statement by Shane O’ Neill, head of interest rate trading at Validus Risk Management, on news that British prime minister Boris Johnson will face a confidence vote this evening 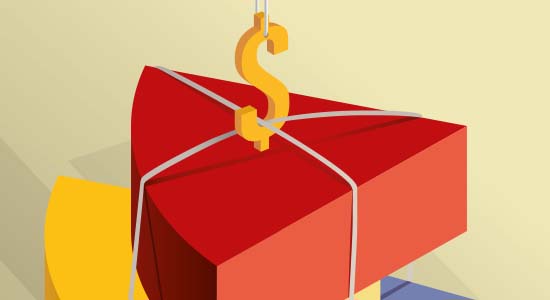 The funds daring to go large
When is a bank not a bank? Perhaps when it’s a private debt lender that acts like a bank but doesn’t see itself as one? In the June issue of Private Debt Investor, which can be downloaded here, our cover story takes a deep dive into the increasing encroachment of non-bank lenders into the larger deal market, where transaction sizes have already reached $2 billion or more and are heading further upwards all the time.

In many ways, this presents a major opportunity for the larger funds as bank appetite wanes. But those tempted to closely resemble banks by setting up trading desks and running their own syndication processes should beware of both their own investors concerned about hung syndications and concentration risk and the attention of regulators, who may struggle to see the distinction between banks and non-banks when they appear to be doing very similar things.

Our June issue also includes our usual range of insight pieces, features and Q&As, including a focus on technology lending as well as an examination of Asia-Pacific’s enforcement regimes and why Canada’s CDPQ has big ambitions for private debt.

Europe’s deal market shows modest decline
France is surging while the rest of Europe’s deal market is taking something of a breather – that’s one of the trends apparent in Deloitte’s latest Alternative Lender Deal Tracker for the first quarter of this year.

The survey found that the three-month period saw 179 deal completions in the region, 5 percent down on the same quarter of last year and 18 percent down on the prior quarter. While the public markets froze in the face of Russia’s invasion of Ukraine, private markets have also eased – but to nothing like the same extent.

In France, the deal picture is positively rosy, with the country almost overtaking the UK as Europe’s leading private debt deal market in the first quarter. Its market share stood at 26 percent, while the UK dipped to 27 percent from 30 percent in the fourth quarter of last year. Germany accounted for 18 percent of the market and the rest of Europe combined made up 29 percent.

Dwight Scott, global head of Blackstone Credit, said: “We continue to expand the Blackstone Credit business in Asia, following in the footsteps of the broad Blackstone business. Private credit has become a larger part of the credit markets in the US and Europe, and we believe the same trend will play out in Asia in the near term. We see tremendous opportunity across the region for creative solutions that help companies grow and navigate the increasingly complex market environment.”

Glengarry joins Blackstone from Anchorage Capital Group, where he was a managing director in the London and Sydney offices, helping to manage private investments across the credit, special situations and illiquid areas, in Europe and Asia-Pacific. He was also previously with Morgan Stanley in the investment banking division and law firm White & Case as a partner in its banking and finance practice.

Senior ESG hire for Churchill
US investment firm Churchill Asset Management has hired Mickey Weatherston as principal, head of sustainability and ESG integration. He will be based out of Churchill’s New York headquarters and report to Christopher Cox, chief risk officer.

Weatherston most recently served as director of marketing and client services at Muzinich & Co, where he was responsible for leading ESG integration across public and private debt products, in addition to investor relations and marketing. Prior to that, he held positions at AQR Capital Management, UBS Securities and Goldman Sachs.

Star talent is the goal for new recruit
Star Mountain Capital, a fund manager focused on private small and medium-sized North American businesses in the lower mid-market, has appointed Susan Starr as director of talent and human resources. Starr has 15 years of experience in talent management and human resources in the financial services and sports industries.

She previously helped build two investment firms, one in the insurance space, which was sold to Tokio Marine Group for $3.1 billion, and another in the quantitative investment space. She was formerly a Division 1 soccer player and ran operations for a Division 1 college soccer program at Fairfield University in Connecticut.

Comvest Partners‘ latest fund launched in March and is targeting $1.7 billion. The fund will focus on corporate opportunities in North America with senior debt returns. Its predecessor, Fund V, closed on $1.3 billion in April 2021.