“As… support measures are withdrawn or scaled back over autumn, they and other factors are likely to combine to create a ‘state of chaos’ that could see both corporate and personal insolvencies rise dramatically”

Taken from research by Debt.org.uk which, rather alarmingly, references a “pandemic debt bomb clock ticking down to Christmas” for UK companies and individuals 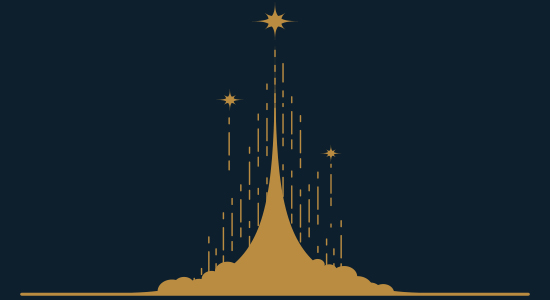 Rising stars with their feet on the ground

What does it take to be headed for the top? A huge dose of humility, apparently. That’s the admirable attribute of those who make our annual ranking of emerging talent in private debt, the Rising Stars 2020. For all their considerable career achievements, these 40 people under the age of 40 tend to be the model of modesty when you meet them in real life.

Understandably, we had to keep our interactions virtual for this list. But their replies to questions about the rewards and challenges of their roles are notable for stressing the contributions of their teams to their achievements. As Nelson Chu, 32, founder and chief executive of digital securitisation and investment platform Cadence, puts it: “By far the most rewarding aspect of my job is the ability to work with some of the smartest and most forward-thinking experts in the industry.”

With the world facing probably the biggest challenge of a generation post-covid, it’s gratifying to see their answers sprinkled with words such as “trust”, “integrity” and “respect”. Typical is 30-year-old Allie Bradford, one of the youngest on the list, who talks of “the importance of transparency and integrity, especially when it seems like no one is watching”. “Compromising in these areas for what may seem like gains in the short term never ends well over the longer term,” says Bradford, a principal with CPP Investments. “This industry has a long memory and reputation is everything.”

“I would temper enthusiasm,” said Jim Barry, chief investment officer of alternatives and global head of real assets at BlackRock. In this virtual press briefing (registration required), Barry was speaking of what is normally considered to an opportunity-rich environment when a crisis comes along.

However, he added: “This is different. The pace and scale of the monetary response has taken a lot of the short-term opportunity away. There is more competiton for assets and lots of dry powder.”

In the same briefing, Teresa O’Flynn, BlackRock’s global head of sustainable investing for alternatives, said commitment from investors to environmental, social and governance issues was now “unambiguous” and was often a standalone component of due diligence before allocating to funds. She referred to one LP that was demanding agreement to a 25-page climate policy as a condition for further engagement.

In the context of real estate, O’Flynn noted the “increasing interest in health and wellness characteristics”, including a building’s indoor air quality – unsurprisingly, a greater consideration in the covid-19 era.

US bailout misses the mark
Through programmes worth hundreds of billions of dollars, the US government has gone to extraordinary lengths to try and prop up the country’s small and medium-sized businesses. But our Americas editor Robin Blumenthal finds that while good intentions are one thing, making a real difference is quite another.

With the financing failing to find its way to those that really need it, “frustration among middle-market companies is running rampant,” according to Tom Bohn, chief executive of the Association for Corporate Growth. Read Robin’s full analysis of the situation here.

Investors want solid foundations. In recent years, asset-backed finance has been gathering momentum as part of private debt portfolios. Given current highly volatile market conditions, investors appear to be even keener on exposure to assets backed by collateral. As the chart below shows, growth in the market is clearly strongest in the US.

Incus Capital has sold a portfolio of Portuguese logistics assets that were financed in 2018 (known as Project Login), with the Madrid-based credit firm providing a mezzanine loan. Following the sale, the loan plus equity kickers have been repaid in full and the investment has achieved a 29.1 percent internal rate of return and 1.75x multiple on invested capital.

Ardian, the Paris-based investment house, has appointed Joseba Echave as head of financing for Ardian Infrastructure. In the newly created role based in Luxembourg, Echave will be responsible for negotiating and securing debt financing solutions for the Ardian Infrastructure platform in Europe and the Americas.

CVC Credit Partners has priced its latest European collateralised loan obligation at €382.5 million, the second the firm has raised in Europe this year. Cordatus XVIII follows Cordatus XVII, which closed at €290 million in June, and brings CVC’s total issuance this year to more than €650 million. The pricing also brings CVC’s total European CLO assets to more than €6 billion.

The pension allocates 16.4 percent of its full investment portfolio to alternative assets. Its recent private debt commitments have been primarily to North American vehicles focused on the corporate sector.

Texas County and District Retirement System has pledged up to $85 million to Signal Alpha II Fund, according to information on its website from its September board meeting.