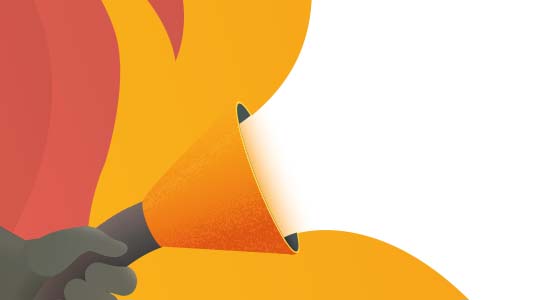 Fundraising caution, but no collapse in the US
The sense of a US market feeling its way through a new set of economic realities is apparent in Private Debt Investor’s fundraising figures for the first half of the year – and as reported in our recently published US Report 2022.

Just 41 North American private debt funds closed in the first half of 2022. Despite this, the amount of capital raised by the asset class in the first six months of the year was still up on 2019 levels. The average private debt fund size stood at $1.1 billion, far above the $730 million recorded in 2021, and half of all funds that closed exceeded their fundraising target.

While the number of funds closed in the first half is equivalent to a quarter of the number closed in 2021, PDI data shows investors are still willing to back sizeable credit funds, with a total of $48.2 billion raised, versus $51.4 billion in 2021.

Advisers say many LPs have pressed pause on their allocations and processes are taking longer, but the private credit asset class remains attractive to US investors.

Lorna Bowen, partner and chair of the US investment management group at Debevoise & Plimpton in New York, says: “It’s fair to say we are involved in quite a few fundraisings right now that are just limping along.

“Over the last 12 months, a lot of the products we have launched with clients have got to the finish line, but it has been a grind. But then there are plenty of others that have been very quick to launch, very quick to raise, and then bringing out the next vintage at a brisk clip. Across the market as a whole there is certainly more hesitancy.”

Many expect the pause to be temporary as LPs deal with challenges across their portfolios.

“Investor sentiment has shifted over the past few months as the macro environment has changed,” says Jess Larsen, founder and chief executive officer of Briarcliffe Credit Partners. “The sell-off in public equities has caused the denominator effect in private markets allocations to look relatively overweight and liquidity to be a bit constrained. Many LPs are prudently pressing pause to evaluate how they’ll approach this new market environment.”

Capital Solutions close for Arcmont
London-based fund manager Arcmont Asset Management has this morning announced the closing of its Capital Solutions Fund I and associated vehicles, with total capital for the strategy of approximately €800 million.

The total raised for the first vintage of the Capital Solutions strategy beats the firm’s initial target, with support coming from new and existing Arcmont investors globally, including private and public pension funds, insurance companies, asset managers and family offices.

The fund is over 50 percent deployed and has already fully realised a number of investments.

Since its inception in 2011, Arcmont has raised €22 billion across its direct lending, senior loan and Capital Solutions strategies and has committed over €20 billion across 240 transactions. It has offices in London, Paris, Madrid, Milan, Munich and Stockholm.

“The current challenging market environment provides one of the most compelling investment opportunities we have witnessed for our Capital Solutions strategy, and the success of this fundraise will allow us to act as a supportive and reliable financing partner to businesses impacted by market dislocation,” said Brooks.

Prior to joining KKR, Krancenblum was in the leveraged and acquisition finance team at Morgan Stanley, focusing on the origination and execution of sub-investment-grade financings in France across a wide range of credit profiles and situations.

Originations hire for Monroe
Fund manager Monroe Capital has hired Amanda Tallman as vice-president, direct originations. She will be responsible for originating transactions directly to non-sponsored and family-owned businesses. She will be based in the firm’s Chicago office.

Prior to Monroe, Tallman was a vice-president at PNC Bank for nearly 10 years. While at PNC, she assisted mid-market privately held businesses and their owners navigate various transformational events through a variety of financing solutions.

Kibble-White joins from Fidelity International, a fund manager with over $600 billion of assets under management, where he was group finance director. Prior to that, he spent 16 years at JPMorgan Chase where he held several positions including global CFO for asset management and CFO for EMEA treasury and the chief investment office.

He will lead the group’s finance team, which will include supporting the business with its corporate development, corporate finance, tax and treasury strategy and the execution of the growth strategy. As part of the senior leadership team, he will work closely with the board to help build the business as the company’s scale and geographic reach grows.

Teachers’ Retirement System of the State of Illinois has confirmed $650 million in private debt commitments across two funds, according to its August board meeting.

Within the institution’s $15.3 billion global income portfolio, $150 million was committed to TSSP Adjacent Opportunities, managed by Sixth Street. The other commitment was $500 million to SLR 1818, managed by SLR Capital Partners.

The $64.6 billion public pension currently allocates 23.7 percent to income. Its previous fund commitments have been heavily focused in the North America region.