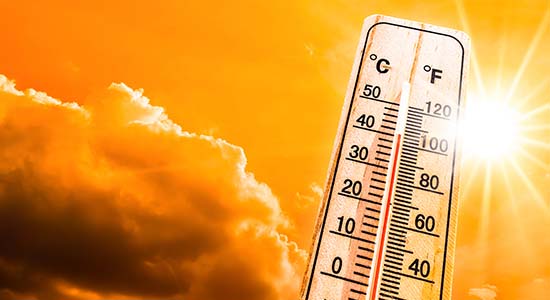 Our roundtable captures the mood in the US
Amid rising interest rates and an inflationary environment, US private debt professionals are able to look on the bright side. Participants in a roundtable, forming part of our September issue’s US Report, pointed out that rising rates translate to an increase in coupons and widening spreads – theoretically boosting returns in the process. It’s also been widely highlighted, of course, that the floating-rate nature of many loans is a favourable attribute in today’s environment.

But it was also acknowledged that there’s another side to the coin. Those present expressed concerns about how tough it may become for borrowers to service their debts as cashflow pressures increase, especially for those borrowers heading into tougher times with large amounts of leverage on their balance sheets.

For the time being, it seems the pain is not being felt to any significant degree. One participant noted that fewer companies than ever were currently on the firm’s ‘early warning list’ and there were scant signs of distress at this point. In the US at least, a strong labour market and resilient consumer demand appear to have mitigated inflationary pressures and supply chain issues so far.

While this would seem to be good news, it was also pointed out that increases in the cost of financing – understandable on a forward-looking basis – are hard to explain to borrowers when they’re not yet experiencing too many difficulties.

Indeed, much of the conversation is of a speculative nature, ruminating on possible outcomes. Fundraising, however, is a different matter – here, change has already materialised as fund managers find raising new capital to be a tough grind. Partly, this is due to the ‘denominator effect’ arising from public market woes as investors find themselves over-allocated to private markets.

But it’s not just that. The observation is made that investors had by and large finished making their private debt commitments for 2022 by the end of the first quarter, driven by huge amounts of dry powder and a rapid identification of the managers they wanted to partner with. Those touting new funds are being told to come back in a year’s time. The concern is that, should investor caution take root, the message in 2023 might be exactly the same.

Kudu takes a stake in Texas’s Escalate
Kudu Investment Management, a New York-based credit and equity manager, has made a minority investment in Escalate Capital Partners. Terms of the deal were not disclosed.

Kudu holds, with the addition of Escalate, minority stakes in 20 asset and wealth managers in North America, the UK and Australia. An earlier addition to the list was Radcliffe Capital Management, in which Kudu bought a minority stake this January.

Kudu, founded in 2015, has more than $650 million committed to these partnerships. Its affiliated asset and wealth managers collectively invest more than $70 billion on behalf of institutional and individual investors. It has the backing of both White Mountains Insurance Group and Massachusetts Mutual Life Insurance Company, and is engaged in a wide range of market segments and investment strategies, both traditional and alternative.

Escalate, founded in 2005 by Tony Schell and Ross Cockrell, invests both on the debt and credit side with growing later-stage companies in the software, services and healthcare sectors

In the 17 years since it was founded, Escalate, of Austin, Texas, has invested more than $1 billion in US firms in these sectors, including the vacation rental marketplace HomeAway/VRBO, and the healthcare software-as-a-service company Phreesia. It has raised more than $850 million from both individual and institutional investors.

Senior hire for Macquarie
Macquarie Asset Management has announced the appointment of Peter Glaser as global head of its private credit and asset finance team.

He was also vice-chair of Alcentra’s executive management committee and chairman of its European direct lending investment committee. His 30-year career across North America and Europe has seen him hold leadership roles at KKR, as a partner, as well as at Barclays and Goldman Sachs.

The platform aims to accelerate the development of sustainable infrastructure in Asia by removing the barriers that can prevent marginally bankable projects from accessing capital. It will seek to achieve this through a combination of technical assistance and blended finance to catalyse other sources of capital, with support from its strategic partners.

Pentagreen will initially target opportunities in Southeast Asia. The primary focus will be on clean transport, renewable energy and energy storage, and water and waste management. Transactions in areas such as climate adaptation, agriculture and land use, and technology-led solutions as well as other geographies may be considered in the future.

Pentagreen’s strategic partners include the Asian Development Bank, which provides origination and technical support through its presence in countries throughout the region, and Singapore’s Clifford Capital Holdings, which has a focus on sustainable long-term financing solutions and can provide project finance expertise and operational support.

Marat Zapparov has been named chief executive officer of Pentagreen. He has nearly two decades’ experience, including over 15 years in infrastructure, energy and real assets financing, during which time he worked with the International Finance Corporation, Clifford Capital and HSBC.