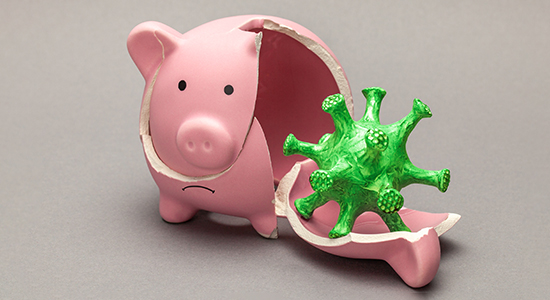 No sign of fundraising bounce back yet
In the previous edition of Loan Note, we reported on multiple market sources telling Private Debt Investor to expect a new fundraising wave starting around September this year as investors that have benefitted from strong market conditions look to invest their healthy cash piles.

We did not expect the first half of 2021 to show signs of an upturn yet, and the latest figures from our database unsurprisingly continue to reflect muted appetite. The first half of this year saw less capital raised than the first half of last year, when the initial wave of the pandemic was raging ($88.5 billion versus $93.2 billion). The number of funds achieving closes has also continued its downward slide, with just 94 in H1 2021 compared with 250 in the whole of 2020 (and 416 in the peak fundraising year of 2017).

The first six months provide clear evidence of investors seeking the safest parts of the capital structure, with nearly half (48 percent) of total capital raised being allocated to senior debt strategies.

With Europe having closed the gap last year, the latest figures show North America reasserting itself as the investor destination of choice – accounting for almost $41 billion of capital, compared with just over $26 billion for Europe.

European leveraged finance going strong
“Evidence is still in its formative stages, yet market participants seem to have adopted the view that vaccines have definitively broken the link between infection, hospitalisation and mortality rates,” said a report from S&P Global Ratings (login required here), reflecting on a bullish first half of the year for the European leveraged finance market.

In a strong period for sponsor-backed issuance, mergers and acquisitions, leveraged buyouts and dividend recaps were driving activity as strategy shifted from defensive portfolio management to new capital deployment. Rating upgrades outnumbered downgrades and credit quality stabilised across nearly all sectors, except those “affected by the vestiges of lockdown restrictions across the eurozone”.

One word of warning, however. While S&P noted the dovish stance of monetary policymakers, it concluded that “inflation remains one of the key risks for the second half of the year”. It did add, however, that “transitory” inflation risk was its base case.

Credit Benchmark’s credit consensus indicators (CCI) index tracks the upgrades and downgrades every month to track trends in industrials for the US, UK and EU. A monthly CCI score of 50 shows neutral credit quality while above 50 shows quality is improving and below 50 shows quality is deteriorating.

The US scored 55.9 this month, according to Credit Benchmark, which is its fifth consecutive month above 50, with each month seeing a higher score than the last. It is also the highest score since January 2017.

Meanwhile in the UK and EU, CCI scores have swung in and out of positive and negative terrain.

The firm’s lending platform will now include first mortgage debt, mezzanine capital and preferred and co-GP equity in the range of $3 million to $15 million, secured by real estate. The new additions to Archway’s programme will be alongside its existing lending offerings which include senior debt.

Archway has also announced it hired Max Kirschenbaum, the former founding member of Fundraise, as a director focusing on the firm’s national origination growth, and Greg Schecher as a director focused on the East Coast, who has previously worked with Money360, NAI Global and Keystone Bridge Capital.

Private debt is Partners Group’s second-largest asset class, behind $59 billion in private equity, which accounts for nearly half, or 49 percent, of its assets. Real estate and private infrastructure account for 15 percent and 14 percent, respectively.

Brown was previously managing director of the global business development group at Barings, where she led marketing strategy for US consultant relations.