“Asia’s milder inflation outlook comes down to one simple factor — trade surpluses. Economies in the region were able to maximise export production through much of the past two years” 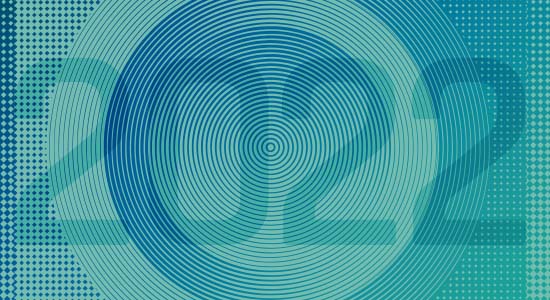 Investor doubts creep in
There remain plenty of grounds for optimism for private debt, but the latest annual version of our LP Perspectives 2022 Study reveals there are one or two concerns as well. The study asks the opinions of investors on a range of issues, allowing us to take the temperature of the market. Here are five of the key findings:

ELFA’s helping hand through the valuation maze
In an op-ed just before we broke for the holidays in December, we reflected on the issue of valuation in private debt and how the pandemic, and ensuing dislocation in markets, had challenged notions that the value of loans would necessarily remain steadier and more predictable than other types of investment. We also noted differences in valuation methodologies between North America and Europe, albeit amid signs that some managers were blending the approaches of the two regions.

As it has done in a range of different areas, the European Leveraged Finance Association is attempting to bring best practice and consistent standards to valuations. It has produced a new Technical Guide for Valuation of Private Debt Investments – part of the ELFA Diligence series – in association with Houlihan Lokey, which describes all the different valuation techniques and indicates when a particular method is the most appropriate. Well worth some of your time, we think.

Study: private debt could boost super fund performance
A study has been undertaken by Melbourne-based fund manager Epsilon Direct Lending in association with Atchison Consultants into the impact of adding private debt exposure to the fixed income performance measurement benchmarks typically used by Australian superannuation funds. Until now, such benchmarking has not included debt assets – including private credit – worth an estimated one-third of the overall bond and debt market.

Epsilon found that the addition of exposure to private debt would prospectively generate an increased return of up to 1.0 percent per annum (with a marginal tracking error of up to 0.6 percent) over rolling eight-year periods with “no material impact on credit expected losses”.

First close for Danish loan fund
Polaris Private Equity, the Nordic buyout firm, has announced the first close of its Polaris Flexible Capital fund. The fund has so far raised DKr500 million ($77 million; €67 million), half of its DKr1 billion target.

PFC was launched by Polaris last year to make investments in subordinated loan capital (such as junior capital) and minority shareholdings. The fund will make capital available to companies that need financial backing,
while allowing management to maintain control of their business, and is expected to begin deploying capital this quarter.

PFC’s lending is targeted at companies that need capital for succession, investments, geographical expansion or acquisitions, while the geographic focus will be Nordic, with a particular focus on Denmark and Sweden. The
fund will operate “side by side” with Polaris’s private equity funds, the firm said.

Kirsch has more than 15 years’ experience in the European leveraged finance market as a credit analyst and originator. At Pemberton, he will join the company’s independent credit team, advising on the credit risk associated with new opportunities and existing investments.

He previously spent more than three and a half years at Apollo Global Management, where he was the founding member of the firm’s European private credit team, focusing on the origination and execution of investments in support of mid-market private equity-backed transactions. Prior to Apollo, he was a director at Sumitomo Mitsui Banking Corporation Europe and GE Capital’s leveraged finance team.

Over the past decade, the firm has made more than 100 investments in 20 countries across three infra debt strategies. The majority of deals were inaugural investments into companies, and a further six were upsizing or tap investments from existing borrowers.

The firm said it was able to continue investing through the pandemic due to its sourcing capabilities. It added €2.2 billion of investments in 2020 and a further €2 billion in 2021.

The public pension has made commitments of $20 million each to Brightwood Fund V and Lynstone Special Situations Fund II. As has been commonplace for any CPABF investment, these funds were chosen from a four-fund shortlist derived from an earlier RFP issued by the pension.