“Looking ahead, Omicron seems likely to drive dispersion in company performance based on industry as well as geography”

Edward Altman, a New York University finance professor and co-collaborator of Golub Capital’s Altman Index, which charts the performance of the US mid-market. Our reporting of the latest Index update can be read here. 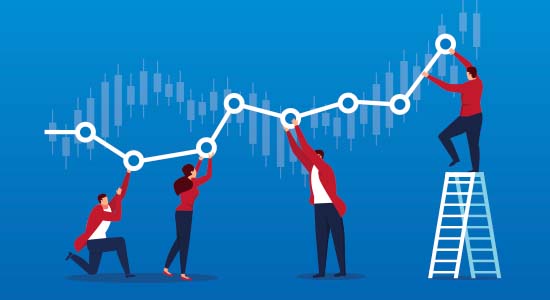 The index is computed as a weighted average yield of qualifying private credit loans, which stood at 7.60 percent at the end of the third quarter of last year. This was slightly higher than the 7.56 percent recorded at the end of the second quarter of 2021 but generally below recent historic levels, which peaked at 10.48 percent in the third quarter of 2018 and have broadly fallen – with some temporary upward movements – since then.

Houlihan Lokey noted that the stability between the second and third quarters last year was “driven by large balances of lendable cash from new issue CLO and private credit funds. This acted to dampen any potential shocks from, for example, covid-19 surges, political instability, etc.”

A graph comparing the performing private credit loan universe with the largest 100 broadly syndicated loans compiled and published by S&P Global shows private credit continuing to outperform the leveraged loan market. Yield produced by the “Leveraged Loan 100” stood at less than 4.0 percent at the end of the third quarter of last year.

S&P sees ‘murkiness’ in sustainable debt
While noting the “impressive heights” of $960 billion reached by sustainable debt issuance in 2021, a new report from S&P Global Ratings (see here, log in required) describes the credibility and legitimacy of such instruments as “still sometimes murky”.

The report examines whether the proceeds of instruments are allocated exclusively to projects with clear environmental or social benefits, project selection criteria, how the issuer manages and monitors the funds, and commitment to reporting on the allocation and impact of the proceeds. In the last case, it found allocation reporting to have been “more advanced” while impact reporting was “more varied”.

However, the report also added a positive note, saying it expected “the transparency and detail disclosed in documentation to increasingly go beyond minimum requirements as the push toward greater granularity in disclosure from issuers, investors and intermediaries accelerates”.

Dutch unitranche fund makes progress
Hoofddorp-based fund manager Enterprising Finance has raised €78 million at the first close of what it claims is the “largest fully independent unitranche facility fund in the Netherlands”.

The Netherlands Unitranche Fund will provide unitranche facilities of between €5 million and €30 million to businesses with EBITDA of between €2 million and €10 million. The loans will be for growth capital, expansion through acquisition, buying out majority or minority shareholders and replacing existing capital providers that wish to exit.

“We are keen to develop a portfolio of unitranche facilities to high quality lower middle-market businesses in the Netherlands,” said a press release from the firm. “If you look at their innovation, international reach, growth pace and ownership development, Dutch lower middle-market businesses are very well positioned amongst their European peers.”

Dunbar leads the firm’s commercial real estate lending platform, which over the last year originated $2.7 billion in loans. He joined the firm in 2010 and is based in Minneapolis.

Mamik is global co-head of financial services, overseeing credit and equity investments in consumer and commercial finance. He joined the firm in 2016 and is based in New York.

Esteve leads the European corporate and traded credit strategy, spearheading research and investing across high yield bonds, leveraged loans and distressed securities. He joined in 2011 and is based in London.

Värde Partners focuses on credit and distressed investments and manages $14 billion for its global investor base.

Tull was most recently chief investment officer at the Employees Retirement System of Texas, where he managed a circa $35 billion public pension plan that administers on behalf of employees and retirees in the state of Texas.

While at ERS, Tull was involved with more than 200 completed investment transactions totalling $13 billion, encompassing private equity, private credit, private real estate, global credit, hedge funds and special situations. He had served in this role since 2009 and was responsible for all aspects of public and private markets investments, including managing a team of approximately 80 staff.

With approximately $2.5 billion in assets under management, Star Mountain is focused on investing in established, private small and medium-sized North American businesses in the lower mid-market.

O2 Sponsor Finance will provide cashflow multiple-based loans targeting lower mid-market companies (defined as $10 million to $100 million in revenues and $2 million to $10 million in EBITDA) in private equity sponsor-led transactions throughout the US. It will also provide senior secured credit facilities that finance leveraged buyouts, refinancings and recapitalisations.

This follows the hire of five experienced industry professionals: Joe Gaffigan, Thom Karle, Nick O’Brien, Monica Briseno and Chris Gallun. The team has been together since 2005.

The £21.72 billion UK public pension’s recent private debt commitments have focused on senior debt strategies in the US and Europe.